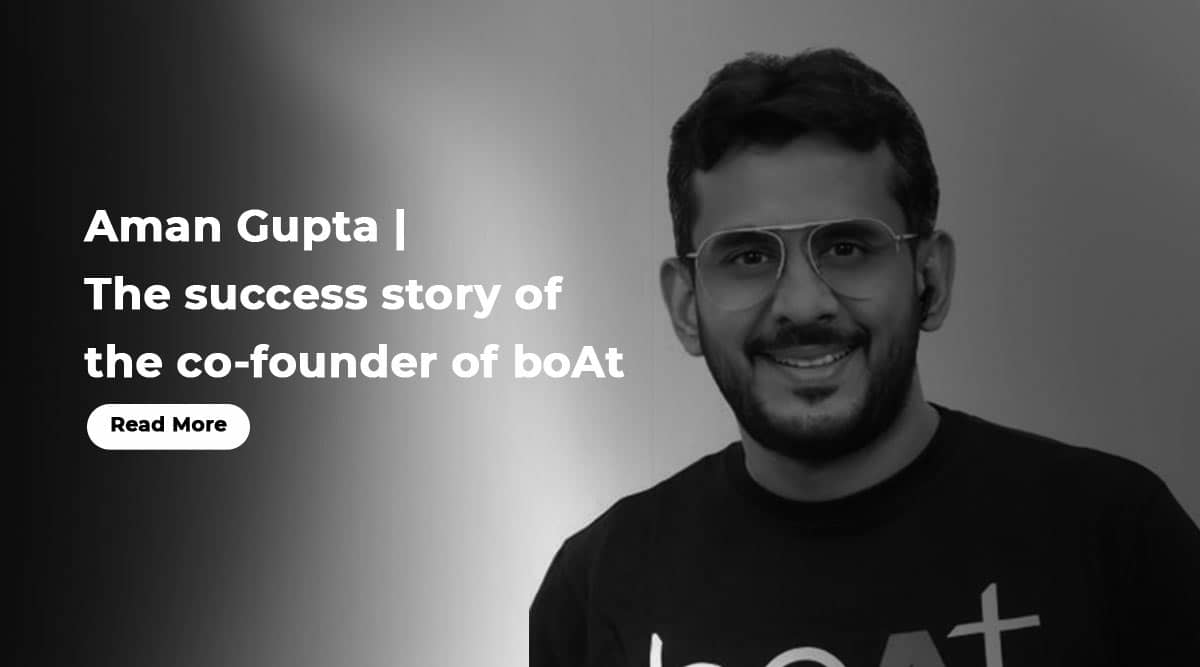 If you watched the Indian edition of Shark Tank this past year, you may be familiar with Aman Gupta who served as one of the investors on the show. Aman is the co-founder and chief marketing officer of an earwear audio company called boAt. This company has a string of products that include but aren’t limited to headphones and travel chargers. 2016 saw Aman founding this company along with Sameer Mehta who is his business partner. boAt serves as one of the country’s most popular earwear companies and has sales that exceed INR 1000 crores. Prior to his boAt journey, Aman worked at a number of companies which helped prepare him to enter the world of entrepreneurship. Continue reading to learn the Aman Gupta story.

Born in 1982, Aman Gupta attended school in Delhi and graduated from Delhi Public School, R.K. Puram. Following this, he went on to graduate from the University of Delhi with a bachelor’s in commerce degree. He also happened to study at the Institute of Chartered Accountants of India and honed his accounting and financial skills between 1999 and 2000.

Once he finished his academic journey, Gupta went on to work at Citi Bank for two years. It wasn’t until 2005 when his entrepreneurial spirit kicked in and he began Advanced Telemedia Pvt Ltd. Under this company, he helped bring a number of brands famous across the world to the Indian market. Suddenly companies like Telex, Sennheiser and Beats Audio populated Indian markets.

A good 6 years later, in 2011, Aman Gupta began to work at KPMG’s Strategy Services Group as a senior management consultant. During the same year, he acquired an MBA from the Kellogg School of Management. Following this, he began his tenure as director of sales at HARMAN International. This role saw him lead the business development of a number of companies including but not limited to Micromax, Nokia and Apple. Fast forward 5 more years and he founded boAt with Sameer Mehta.

Within two years of boAt being operational, it had earned INR 100 crores in sales. One of the first products made available by boAt was a charging cable and charger for Apple phones. This Apple charger went on to become Amazon’s most sold product.

2019 saw boAt become a leader within the earwear space and in the year that followed Aman Gupta was recognised as the Entrepreneur of the Year within the Consumer Durables category. As of today, India is home to close to 5000 boAt flagships. Another feather in the hat worth noting is the fact that boAt products have been sold to close to 20 million people thus far.

As far as Aman’s philosophy on life and money goes, he is a firm believer in earning rather than burning money. Since it first launched boAt has been a successful company that has continued to stay profitable. Selling stylish products that are cost-efficient and durable has always been the primary goal of Aman and Sameer.

2020 saw boAt be ranked as the fifth-largest wearable brand across the globe. Cricketers Hardik Pandya and KL Rahul along with actress Jacqueline Fernandez serve as the company’s brand ambassadors among others. In the span of five short years boAt as a company has soared to new heights owing to the hard work on the part of both, Aman Gupta and Sameer Mehta.

Aman Gupta’s story is one of success and skill. His commitment to his company has allowed it to acquire success. The Aman Gupta biography helps show how it is possible to make the best of the opportunities that present themselves.