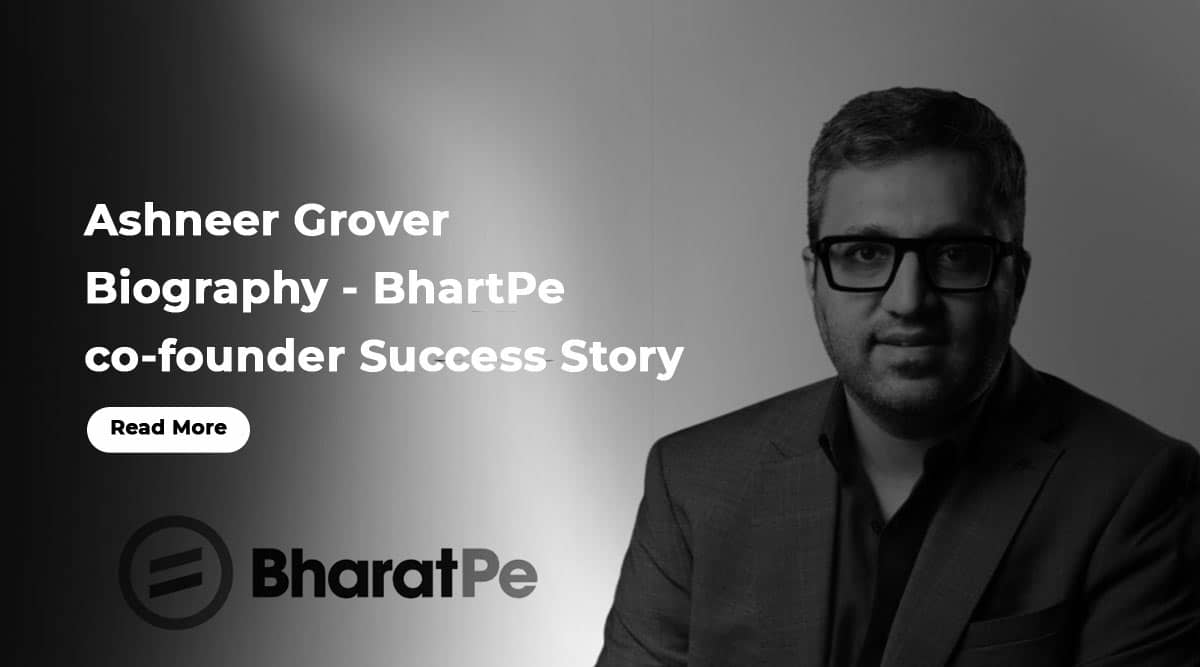 This article focuses on the career trajectory of Ashneer Grover who serves as one of the co-founder’s of BharatPe.

The rapid pace with which digitalisation has taken over almost all facets of society and economy has meant that the way in which payments are made has also transformed. Rather than being reliant solely on currency in its paper form, fintech products like credit and debit cards gained traction in the twentieth century. Their popularity in India, however, only began to become apparent after the 21st century.

Today, fintech companies like BharatPe have cashed on this popularity and leveraged it to create an assortment of fintech products that pander to the needs and requirements of small merchants. With BharatPe’s offerings it is possible for these small merchants to accept digital payments. Since its inception in 2018, this company has helped disburse a number of loans to its merchants that collectively amount to INR 3,000 crores. This article seeks to walk the reader through the life of one of the two brains behind this behemoth of an endeavour – Ashneer Grover.

Grover’s Career Prior to BharatPe

Prior to creating BharatPe, Ashneer Grover forged a career for himself at a number of large companies that include but aren’t limited to Kotak Investment Bank and American Express. Grover in fact devoted 7 years (2006 – 2013) of his career to Kotak where he was responsible for handling mergers and acquisitions, restructuring, and handled 10 deals within value sectors ranging from media, manufacturing and real estate to oil and gas, retail and telecommunications which were collectively worth USD 3 billion.

In 2013, Grover switched ships and joined American Express where he served as Director of Corporate Development. During his two years at this company he was responsible for leading a Series B investment in ‘MobiKwik’.

2015 saw the civil engineering whiz kid take on the role of Chief Financial Officer for Grofers (now Blikit), a position he held for 2 and a half years. During this time he helped build the company along with its founders and was responsible for all things finance, legal and business to government oriented.

In 2017, the IIT-alum decided to work at PC Jeweller Ltd. where he took on the role of “Head of New Business”. He helped in the digital transformation of this company which serves as the country’s second largest jewellery retailer. This role also saw him consolidate all the ecommerce operations for said company under a single brand – PCJ. Simply put, the business moves he made during this time helped prepare the company to cater to the next phase of the consumer experience i.e., growth and diversification into adjacent businesses.

Examining the Origins of BharatPe

October 2018 saw the IIM MBA graduate switch things up considerably. Rather than working for someone else, he along with Shashvat Nakrani founded BharatPe. This fintech company would go on to become the largest offline merchant network that the country would bear witness to. With it, mobile payments are now able to be accepted freely and ubiquitously. Apart from serving as co-founder, Grover led the role of chief executive officer from 2018 to August 2021. In August 2021, he lay down his CEO hat and instead donned one of managing directors. For the past seven months he has held on to this role while the company irons out the intricacies pertaining to its IPO financing.

Disclaimer: This blog is exclusively for educational purposes and does not provide any advice/tips on investment or recommend buying and selling any