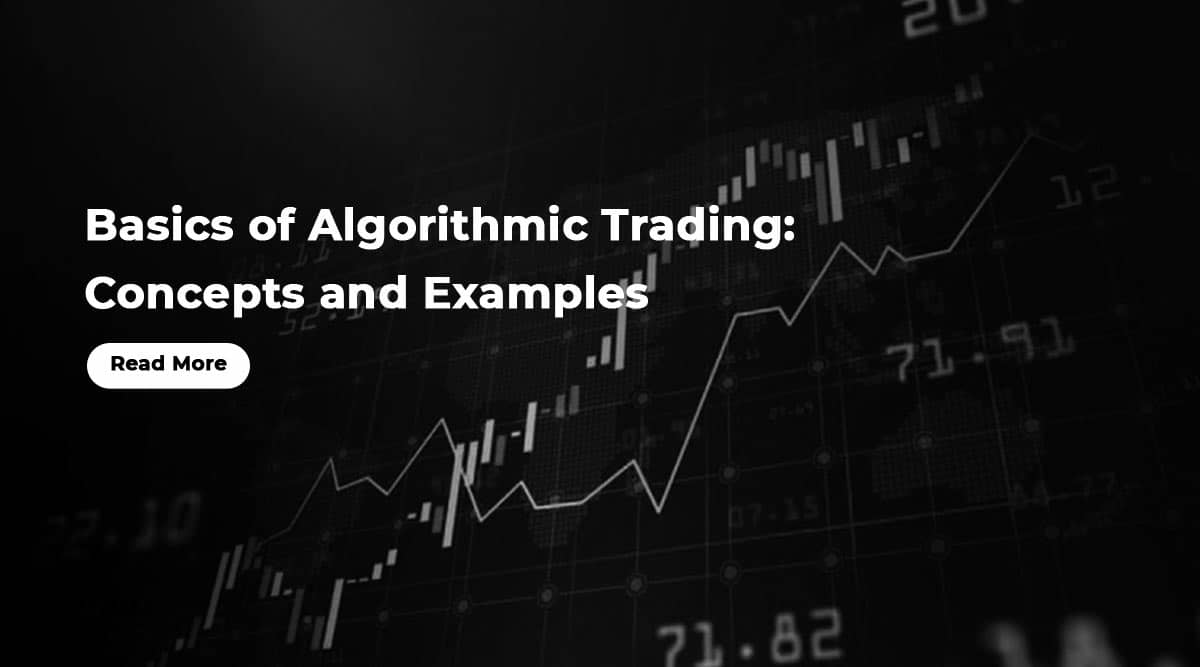 The algorithm can be based on a variety of factors such as pricing, timing, quantity, and other variables. Market participants gain from algorithmic trading in a variety of ways.

Trading's version of artificial intelligence, algo trading, algorithmic trading, or automated trading, is the next big thing. Let’s explore and examine the limitless options and possibilities that Algo Trading has to offer, with the promise of being quick, accurate, and huge.

Definition of Algorithmic Trading and Its Importance

Computer-generated algorithms are used to conduct trades in Algo trading, where computers supervise operations (called programme sets) that would normally be performed manually by a trader. Algo trading, in its most basic form, is a computer programme that determines and performs the human stages in trading as a predetermined set of instructions. These sets are based on a variety of factors, including time, price, number, and mathematical models. According to The Cost of Algorithmic Trading: A First Look at Comparative Performance, algorithmic trading is particularly advantageous for big order sizes, which may account for up to 10% of total trading volume.

In India, algorithmic trading accounts for less than half of all trade, and businesses are often tiny. Pure arbitrage accounts for a considerable portion of Algo-trading volumes (trading between the National Stock Exchange or NSE and BSE, for instance).

However, complicated Algos will eventually take over the Indian stock market. Given the fast rising trend and demand for HFT and Algorithmic Trading in developing economies and emerging markets, numerous exchanges have made efforts to educate its members and build the necessary skill sets for this technology-driven profession.

The Advantages: What makes it better?

Making the trading process automated allows traders to monitor even the tiniest price fluctuations and make deals on-the-fly, far quicker than they could otherwise. This aids in increasing order entry speed, diversifying trading systems by allowing users to trade numerous accounts or strategies at the same time, and maximizing the opportunity to distribute risk across many instruments while generating a hedge against losing positions.

Furthermore, an algorithm like ours can search for trading opportunities across a variety of marketplaces, place orders, and track transactions. Our Algo trading systems may produce orders as soon as trade parameters are satisfied since a system can adapt instantly to changing market circumstances.

To put it simply:

If you're a Mid- to Long-Term Investor, you may buy stocks in bulk if you want to invest in the market in a methodical way with discrete, large-volume transactions. You may establish liquidity and automated trading as a Short-Term Trader, which allows you to take advantage of automated trade execution.

Algorithms also have a relatively limited lifespan. They are as excellent as they can be for implementing mundane strategies, but the customizability is gone. When numerous orders are performed concurrently without human interaction, the speed of order execution, which is advantageous in most cases, might become a problem. It is quite likely that the techniques devised on paper will not be useful and effective when used in actual trading. This is known as over-optimization, and it occurs when a trading strategy becomes unreliable in real-time markets. Despite the fact that tactics are based on previous data, there's a good chance they'll fail as soon as they go live if the correct approaches aren't used! Not every strategy can be mechanized and translated into a computer programme. As a result, such tactics cannot be used in Algo trading.

Damage Control: How can I minimize the drawbacks while maximizing the benefits of Algo Trading?

As automatic as Algo trading may be, it still necessitates ongoing and persistent monitoring, therefore an Algo trading platform isn't as important as the team of professionals that can help you make the most of it.

After back testing several techniques and establishing whether or not they may be lucrative, a viable algorithm is constructed.

If you trade manually as a novice, you risk making errors and losing money. After a series of losses, you begin to question your financial tactics and judgments. The fact that Algo-trading is emotionless is its major benefit. Regardless of whether a human makes a profit or loses money, the algorithm continues to trade without emotion until it is told to stop.

With the aid of Algo-trading, high-frequency transactions may be executed in milliseconds. It's much better to trade algorithms if you trust the back testing process since it offers you an idea of how a strategy might operate if it had been applied in the past. Scalable model- Algo trading offers a scalable approach that allows newcomers to invest in a big number of lots at once. When trading manually, investing and maintaining a big number of lots becomes quite tough. Algorithms allow you to invest in a huge number of lots at the same time.

To take and close positions, a trader does not need to sit in front of the computer all day. Without having to sit in front of a computer, all of the procedures may be completed using algorithms. You won't have to worry if you can't trade for a day or two since the machines will do it for you. In the stock market, Algorithms account for over 65-70 percent of trading. And it is likely to reach 90-95 percent in the near future, indicating that algo is producing good rewards for investors.

Beginners may easily carry out trading operations using algo trading without any difficulties or extended trading hours. Experts feel that algo trading has a bright future and that it may help people earn a lot of money. Algo trading removes greed, fear, and emotions from trading and executes transactions that would be impossible to execute manually since humans are incapable of functioning without emotions, fear, and greed.