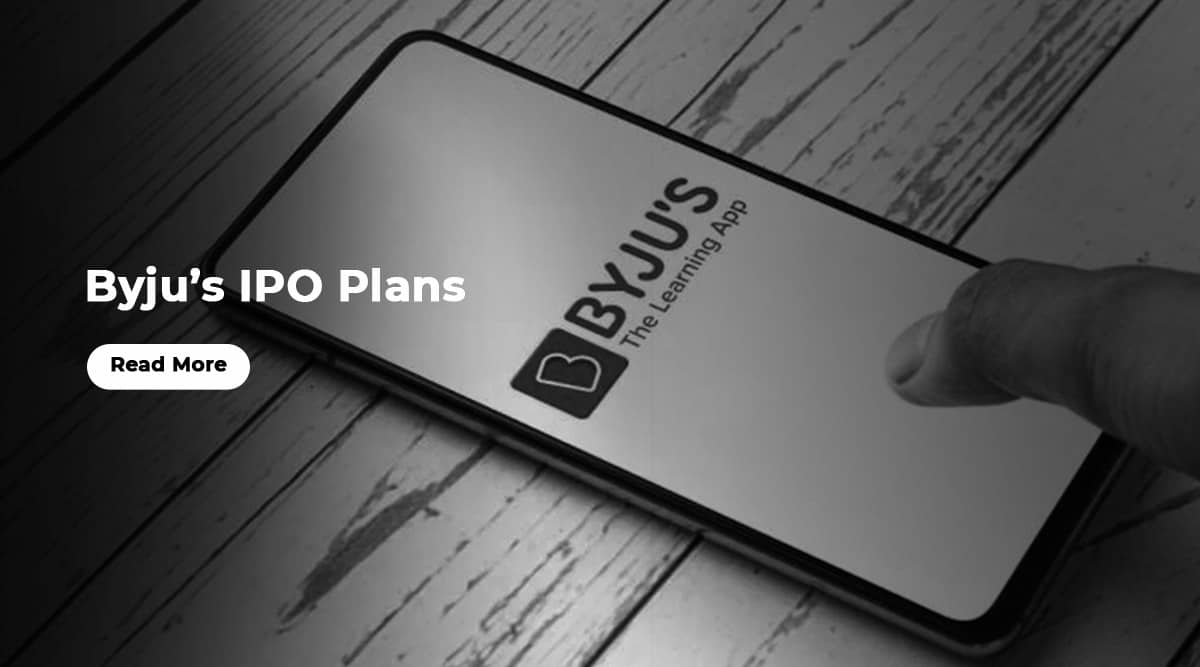 Currently, India's most valuable unicorn, online education provider Byju's, is in talks to raise $400 million to $600 million and then expedite plans for an initial public offering next year.

Byju's, an education technology company with a multinational presence, is set to close its pre-IPO funding round in the next few weeks with a valuation that amounts to approximately USD 21 billion. It will then seek to hold a valuation ranging between USD 40 and USD 50 billion in its initial public offering (or IPO). This valuation will be made keeping in mind its financial results and the demand experienced by its investors.

With an aim to raise USD 400-600 million, Byju’s plans to follow through with an IPO in 2022. Its pre-IPO fundraising is expected to be well met and has a valuation of about USD 21 billion. This fundraising is set to be evenly distributed between equity and debt.

Named after its founder, former teacher Byju Raveendran, the company seeks to file its preliminary IPO documents in the second quarter of the following year. Previously having considered a 12 to 24-month timeline, the start-up and its bankers seek out a valuation of USD 40 – USD 50 billion.

Banks currently vying for management roles for Byju’s IPO include Morgan Stanley and JPMorgan Chase & Co., along with Citigroup Inc, who are each currently involved in fundraising.

Alternatives that have been pitched but seem unlikely compared to an IPO in India include an IPO in the United States and a merger with a SPAC. (SPAC here refers to a special purpose acquisition company).

Financial Standing - Despite Byju’s revenue expanding by 82.31 percent from operations, the consolidated loss experienced by the company grew to INR 262 Crores in fiscal 2019-2020.

Byju’s Acquisition Expenses - Byju’s spent close to USD 2 billion in order to acquire 4 companies over the past 6 months. These companies include Great Learning for which it paid USD 600 million in a cash-and stock deal along with Toppr for USD 150 million. Byju’s also bought Aakash Educational Services for USD 1 billion in April this year. Gradeup, an online start-up that prepares students for exams serves as Byju’s latest acquisition which will now be called Byju’s Exam prep.

Overseas Expansion – Future School, offered by Byju’s caters to subscribers located in Brazil, Mexico, Indonesia, the U.S., and the UK.

Valuation – Following the approximately USD 150 million Byju’s raised from UBS Group AG, Byju’s saw its valuation amount to USD 16.5 billion. This valuation places it ahead of Paytm which is set to potentially be the country’s largest IPO at USD 2.2 billion.

Prominent Investors – Byju’s has successfully attracted key investors situated across the globe including but not limited to the Chan-Zuckerberg Initiative, Silver Lake Management and Tiger Global Management.

The Coronavirus pandemic has added to Byju’s consumer base which saw 45 million users join at the peak of the pandemic in India last year.

Q1. What are the four companies acquired by Byju’s in the past 6 months?
A1. Byju’s has acquired Great Learning, Topper, Aakash Educational Services and Gradeup in the past six months.

Q2. Who is Byju’s led by?
A2. Byju’s is led by Byju Raveendran, a former teacher.

The perfect starter to begin and stay tuned with your learning journey anytime and anywhere.

The perfect starter to begin and stay tuned with your learning journey anytime and anywhere.

To discover all about investments, trading, and the financial markets, get started with Angel One’s Smart Money now!

To discover all about investments, trading, and the financial markets, get started with Angel One’s Smart Money now!