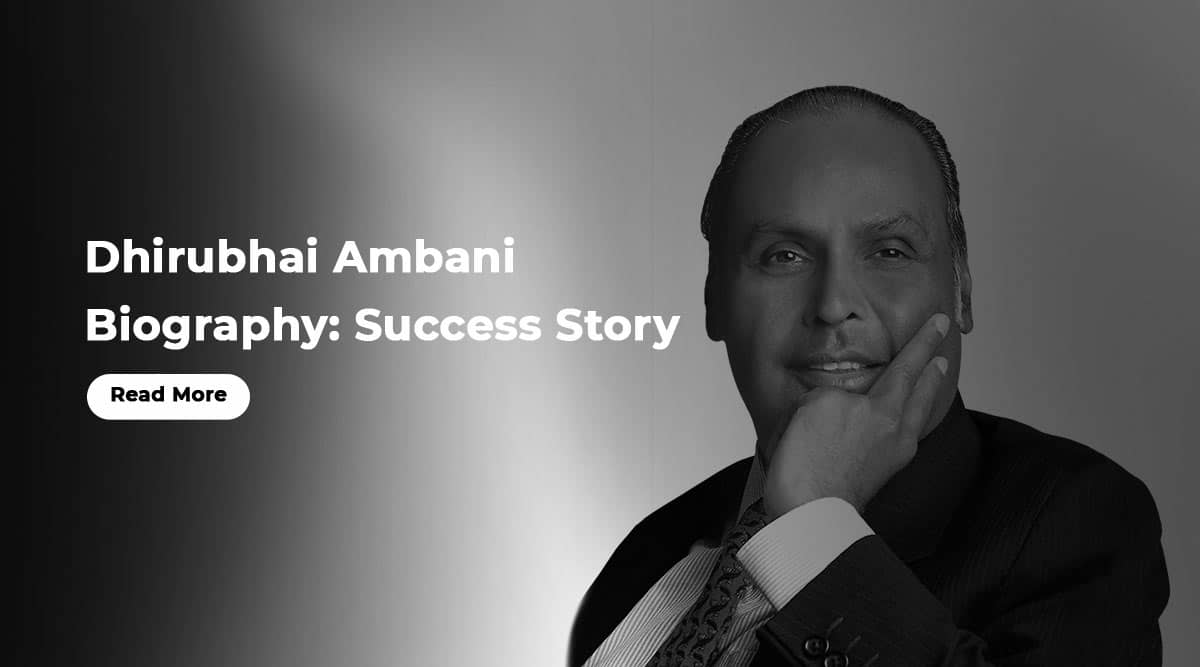 Learn all that the Dhirubhai Ambani biography entails and understand how he built Reliance Industries from the ground up.

Born on December 28, 1932, in Chorwad, Gujarat, Dhirubhai Ambani went on to become an industrialist of epic proportions who founded Reliance Industries. This conglomerate is presently a giant within the space of petrochemicals, textiles, power and communications. Under his reign, Reliance Industries served as India’s largest exporter and was the first Indian company that was privately owned to be featured on Fortune 500. Continue reading to understand the finer details pertaining to Dhirubhai Ambani’s success story.

Ambani was born into a modest family on December 28, 1932, and was the third of five children. His father was a schoolteacher, and his mother was a housewife. Once he turned 17, Dhirubhai ventured overseas to the British colony of Aden so that he could work beside his brother. He began his career as a clerk at what happened to be the largest transcontinental trading company – A. Besse & Co. - lying to the east of the Suez Canal.  During his tenure here he learnt the intricacies of trading, accounting and picked up on pertinent business acumen. 1958, however, saw Dhirubhai move back to India and set up shop in Mumbai.

In Mumbai, Dhirubhai chose to set up a business that had him trading spices. This nascent business venture was called Reliance Commercial Corporation. Soon he went on to add other commodities to his offerings and employed a strategy that had him offering superior quality products in lieu of smaller profits than those competing in the same market as him. This strategy worked to his advantage and his business grew by leaps and bounds. Once Dhirubhai Ambani realised that his corporation had reached as far as it possibly could expand with commodities in play, he began to bring in synthetic textiles into the fold. Backward integration on his part actively began in 1966 when he opened the company’s first textile mill. This backward integration interspersed with diversification continued to be the method via which Dhirubhai Ambani chose to expand Reliance’s business dealings. This eventually resulted in it being transformed into a petrochemicals behemoth. However, that wasn’t to say Reliance would limit itself to this field either. Instead, plastics and power generation were added to its business dealings and operations.

1977 saw Dhirubhai Ambani take Reliance public once nationalised banks shied away from financing him. His dexterity in navigating a stubborn economy that was upheld by stringent government regulations and bureaucracy wasn’t appreciated at the time. As a result, he was accused of being corrupt and manipulating politics to work in his favour. Investor confidence, however, remained unaffected and this was at least partially owed to the fact that the company provided its investors with handsome dividends. Dhirubhai’s vision and public perception only added to the company’s appeal from the investors’ perspective. By organising annual general meetings that were attended by the thousands, his charisma had dazzled Indian investors. This saw itself play out with several of these meetings being organised in stadiums to accommodate the vast swathes of investors that descended upon him to hear what he had to say.

Ultimately, Dhirubhai was the one credited with forging a relationship between the average Indian investors and the stock market. Annual general meetings organised by Reliance were so popular that they often needed to be televised such that those who couldn’t make it in person could still stay abreast of the goings-on of the industrial behemoth.

Once Ambani started to age in the 1980s and began to feel that his sons had acquired the business acumen needed to run Reliance, he handed its day-to-day running over to them. Anil and Mukesh Ambani went on to do just that with Mukesh Ambani expanding the company even further than Dhirubhai was able to do so. Today, the conglomerate is called Reliance Industries Limited and has offerings that include but aren’t limited to convenience shopping, dining and hospitality, electric vehicle charging and battery swapping stations, fleet management solutions, integrated payment platform, jet/ aviation turbine fuel, transportation fuels, auto LPG and lubricants. While Dhirubhai Ambani didn’t get to see the entire extent to which Reliance expanded under the helm of his sons, it was still extremely successful at the time of his death in 2002. While this sums up the Dhirubhai Ambani story in brief, there were many accolades bestowed upon Ambani in order to reward him for his contributions to the Indian economy and workforce.