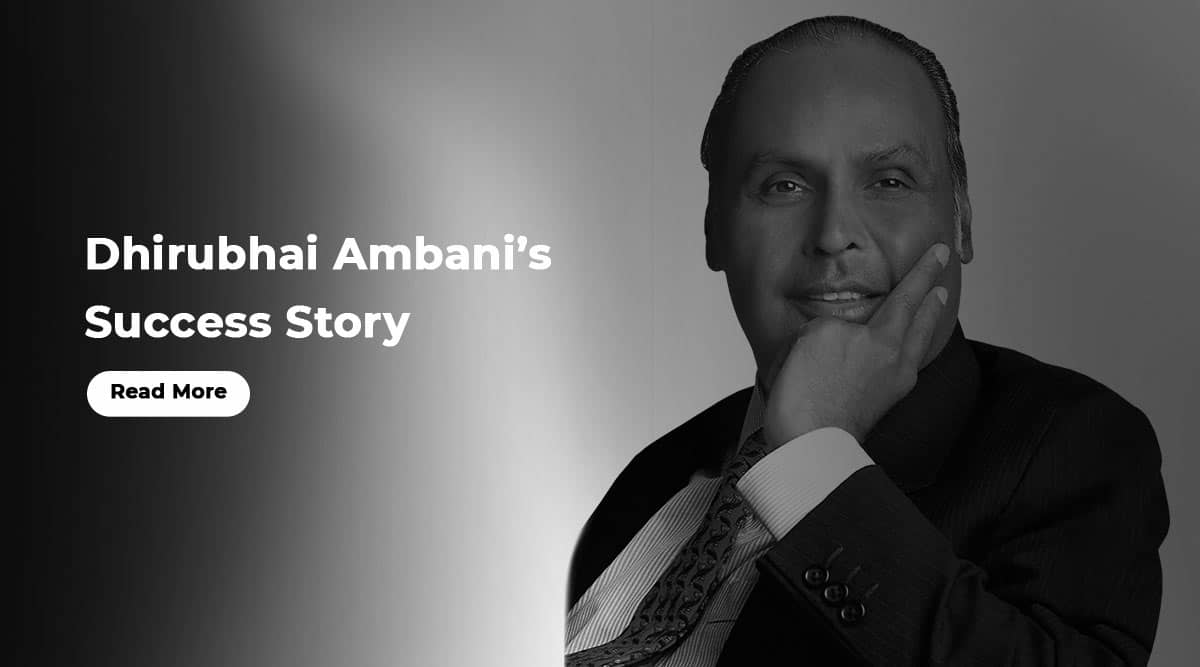 This article explores the life and times of Dhirubhai Ambani, the man credited with founding Reliance Commercial Corporation.

For those who are unaware, Dhirajlal Harichand Ambani - or Dhirubhai Ambani as he is often called, is credited with having founded Reliance Commercial Corporation. Although he was born into a family of modest means, the company he founded would go on to become one of India’s most successful and widely recognised names.

Born on December 28, 1932, he hailed from a small village in Gujarat called Chorwad. During his early 30’s Ambani went on to found Reliance Commercial Corporation in 1966 which served as a polyester firm. Fast forward 7 years and the company saw itself be renamed to Reliance Industries. This company would ultimately go on to enter the realms of finance as well as petroleum. Following his death in 2002, the company was taken over by his two sons – Anil and Mukesh Ambani.

The Origins of Dhirubhai Ambani

Dhirubhai Ambani was the son of a teacher who taught at a small school in their local village. Despite his father’s academic capabilities, however, Dhirubhai only studied and graduated from grade 10 following which he joined the workforce.

It is widely believed that his starting salary amounted to a modest INR 300. As a 17 year old, he migrated to the Republic of Yemen in order to work alongside his brother Ramniklal. While living in Yemen, Dhirubhai began to work at a petrol pump. Eventually, however, he worked his way upwards and was able to become the filing manager. Ultimately, Dhirubhai ended up moving back to India and dreamt of becoming a businessman.

In 1958, Dhirubhai Ambani returned to India and began a textile business called “Majin” which he ran alongside his cousin Champaklal. This company was responsible for exporting goods ranging from spices to textiles like rayon to Yemen and imported polyester. His first office was located in Masjid Bunder which was a mere 33 square meters in size. The partnership between Dhirubhai and his cousin came to a close in 1965 as they each had different ideas regarding the method via which the company ought to be run.

Ambani was a shrewd businessman who was willing to take risks and was aware of the importance of marketing. He understood the need to build inventories in order to generate an income. Armed with this knowledge, he decided to launch Reliance Commercial Corporation which is presently known as Reliance Industries.

While this company originally focused on the trade of spices, it eventually expanded to include a number of other commodities. His business model followed a strategy of providing superior quality products while accepting smaller profits in comparison to his competitors. Owing to this very fact, therefore, it is no surprise that his business began to grow and expand.

Once Dhirubhai determined that his company had expanded as far as it could as far as commodities were concerned, he began to direct his attention to synthetic textiles. He set his eye on backward integration and opened the first Reliance textile mill in 1966. The company eventually morphed into a petrochemical giant and went on to add power generation and plastics into its offerings.

1977 saw Ambani take the company public once nationalised banks denied him funding. As he was able to handle and overcome the government regulations and bureaucracy in place, he was accused of being corrupt and manipulative, however, investors remained confident in the company. This was owed in large part to the handsome dividends the company provided investors with as well as due to the vision that Dhirubhai focused on and investors believed in.

Ambani is credited with bringing the stock market’s attention to the masses and his company’s annual general meetings were held by thousands owing to which these events were often held in sports stadiums or were streamed on television.

In the mid 1980’s Ambani decided to hand over the company’s day to day functioning to his sons – Anil and Mukesh, however, he continued to oversee the company right up to his death in 2002.

Over the course of his life, Dhirubhai Ambani was granted several awards including the following.

As the Dhirubhai Ambani story should make clear, motivation, a vision and sheer perseverance are capable of being incredibly rewarding. Dhirubhai was able to take advantage of the knowledge he had gained over time and apply it such that he could create a  company of the size he did.