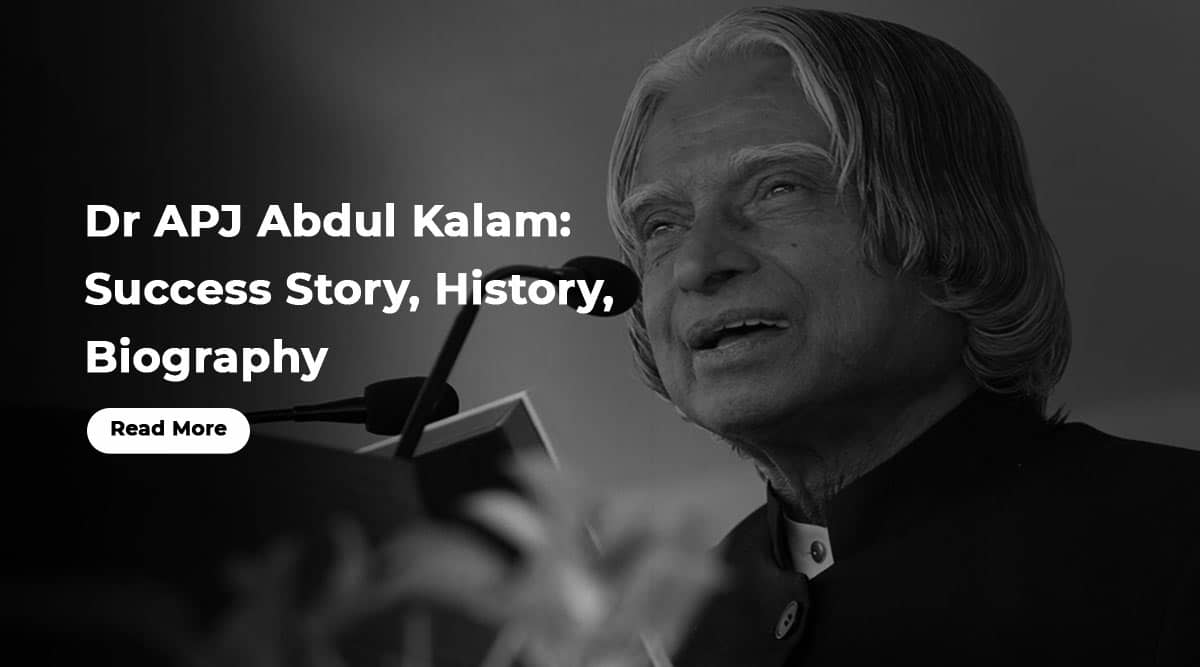 Learn the APJ Abdul Kalam story and walk away feeling inspired by the country’s missile man.

A.P.J. Abdul Kalam was born on October 15, 1931, in Rameswaram, Tamil Nadu. An Indian scientist, Abdul Kalam played a major role in developing the country’s missile and nuclear weapons programmes. He also happened to be the country’s eleventh president and reigned from 2002 to 2007.

Abdul Kalam acquired an aeronautical engineering degree from the Madras Institute of Technology in 1957. After obtaining this degree he went on to join the Defense Research and Development Organisation in 1958. Eleven years later Kalam moved onto greener pastures and joined the Indian Space Research Organisation where he served as the project director of the SLV-III. This was a position worth noting as the SLV-III was the first satellite launch vehicle to be designed as well as produced in India. In 1982 though, Kalam chose to once again work at the DRDO. Here, he laid out the grounds for the programme that was responsible for producing a string of successful missiles. This success led to him being called the “Missile Man” of India.

One of these successful missiles was called Agni which was the country’s first ballistic missile of an intermediate range. Launched in 1989, Agni was made keeping in mind certain aspects of the SLV-III.

Political Roles Taken on By Kalam

The period between 1992 and 1997 saw Abdul Kalam take on the role of scientific advisor to the defense minister of the country. Two years later, Kalam came to serve as the principal scientific advisor to the government and held the position of cabinet minister from 1999 to 2001. Owing to the fact that Kalam played a major role in the nuclear tests India conducted in 1998 that solidified India’s nuclear power, he was hailed a national hero.

The same year, Kalam set forth his vision for the country which was titled Technology Vision 2020. This plan was understood to be a road map aimed at transforming the country from one that was less developed to one that would be considerably developed 2 decades down the line. Some of the measures this plan relied upon included greater agricultural productivity, enhancing access levels to education and healthcare, and highlighting the value of employing technology to contribute to economic growth.

By 2002, the Hindu nationalistic National Democratic Alliance (or NDA) placed Kalam as the successor to Kocheril Raman Narayanam, the outgoing president. This is interesting given the fact that Kalam was a Muslim. Further, Kalam’s nomination was also proposed by the Indian National Congress, a party that was the NDA’s primary opposition. His popularity led to him winning the election by a landslide. June 2002 saw him take on the role of the country’s eleventh president. His term came to a close in 2007 and he stepped down from his role.

Back to Civilian Life

Once again a civilian, Kalam remained dedicated to weaving science and technology into the country’s fold such that it could become more developed. He held several lectures at a number of universities and inspired tons of students along the way. On July 27, 2015, he happened to be delivering a lecture at Shillong’s Indian Institute of Management when he collapsed midway. Soon after he was pronounced dead owing to a cardiac arrest he had suffered from earlier that day. His death was mourned by the nation as he had lived a full life and inspired tons of people. His scientific contributions as well his effort to advance India as a country will never be forgotten.

Kalam wrote a number of books including an autobiography titled “Wings of Fire” that was published in 1999 as well as a sequel to “India 2020” that was titled “Ignited Minds.” Each of these books was designed to mobilize the masses to see the appeal of scientific thinking and utilise the same to move forward as a nation. A. P. J. Abdul Kalam’s contributions were so vast that he was awarded with the nation’s highest accolades that included the Padma Vibhushan which he received in 1990 and the Bharat Ratna which was awarded in 1997.