Dr. Reddy's Laboratories Ltd - Is this the best pharma stock to bet on? 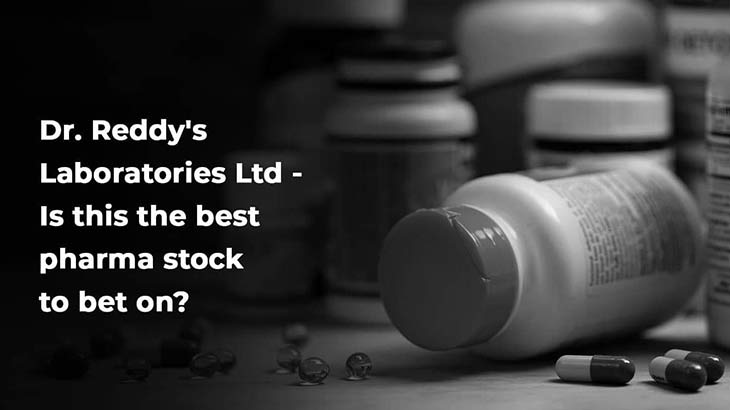 2020 was a peculiar year, especially in terms of the industries that managed to flourish despite the challenges that the lockdowns and isolation measures brought to the business and market landscape.

However, it was also an incredibly exciting yet challenging year for pharmaceutical companies. While a number of pharma stocks have posted significant gains in the Indian stock markets, the performance and potential of Dr. Reddy’s Laboratories (DRRD) deserves a mention of its own accord. DRRD has shown promise not only in terms of the gains it has produced for the shareholders, but also their strategy in terms of the portfolio positioning, and the unique set of value propositions that it brings both to its stakeholders, the industries, and the end users.

So what differentiates DRRD from your regular run of the mill pharma stocks in the Indian markets, like Cipla, Sun Pharma, Aurobindo and IOL? Well, to begin with, DRRD has consistently directed a significant amount of funds towards R&D, thereby going beyond the arbitrage of supplying generic drugs beyond the borders. If you are new to the pharma industry, then it's worth understanding as to how generic and patented drugs bring profits to a company. Basically, if you have a patent over a drug, you can produce it almost exclusively for a considerable period of time - 20 years in the US for example - after which, your formula becomes a generic drug, which can be manufactured and supplied by any pharmaceutical company at much lower prices.

However, generic drugs can also bring a unique strategic value to a pharmaceutical company’s portfolio. For example, DRRD has consolidated its generic product portfolio around injectables, topicals and tablets and capsules for cardiovascular, respiratory, gastrointestinal and oncological ailments. In addition, DRRD also brings a strong focus in therapetics of pain management, pediatrics and dermatology. But what’s unique about DRRD is the company’s ability to capitalize on a significant length of the value chain - that is, from the manufacturing of ingredients, all the way to the end user. In addition to leveraging a strong and robust supply chain. DRRD also brings a proprietary know-how around the global regulatory compliance landscape, thereby giving it a competitive and early mover advantage through faster time to market and quality-assured products.

In 2018, DRRD was trading right below Rs. 2000, but was also known for leading investments in research and development of proprietary formulas. In 2020, the stock was trading somewhere around Rs 5200 - posting more than 150% gains over the course of two years. In addition, a tie up with Sputnik V for the production of the COVID-19 vaccine which has been postulated as a formula with zero foreseeable side effects in the long run is likely to give a significant boost to the brand, and pave the way for new partnerships too. But this is not all - DRRD’s advantageous position is actually a result of the benefits it can deliver to the end user, and the consequent ability to thrive in markets where competitive pricing pressures from the regulator are on the rise.

In terms of domestic competition, DRRD has been faring well. During the first quarter of 2021, DRRD clocked a net profit margin of over 11% - which is much higher compared to the negative profit levels of most of its direct competitors. Moreover, the company has been aggressively paying off its debts - as a result, its balance sheets look much healthier than most competitors, and this has made it an attractive investment that now stands associated with relatively lower risk levels.

However, there’s no such thing as an eternal green signal in the stock market, and each investment avenue associated with a business comes with its own set of risks and pitfalls. In the pharmaceutical sector, these risks might manifest in rather peculiar ways. For example, DRRD is not the only company that is in the race to obtain FDA approvals - this can significantly hamper the first mover advantage. The same goes for patents and compliance approvals of manufacturing facilities (DRRD was in the process of getting approvals in its API manufacturing plant in New York) - delays and hurdles in these procedures can take projects off their budgets and schedules. And lastly, counterfeit drugs and regulator’s bans following audit checks can also cost big pharma's billions of dollars. However, in terms of the latter, DRRD enjoys a unique position that can minimize the risk of counterfeit production as a result of its presence in the active ingredient supply chain and strong synergies with practitioners in the US and Europe.

There is further news too. After a settlement on a patent violation case with a company named Celgene, DRRD will obtain clearance for manufacturing and selling a cancer drug that is used to treat myeloma - a type of blood cancer. However, DRRD will be cleared to sell this anti-cancer drug in limited amounts starting around the same time in 2022, while the restrictions will be lifted by 2026. These are some long term prospects that make DRRD an appealing investment for those looking to bet on the pharmaceutical industry following last year's rally. Whether DRRD will outperform its competitors in the short and the long run is a question that only time will answer.

Looking for market intelligence that can help you make informed decisions with your investments? Then don’t miss a beat, keep yourself at the top of the game! Log on to www.angelbroking.com, and check out our other resources and reports on the happenings of the stock markets.