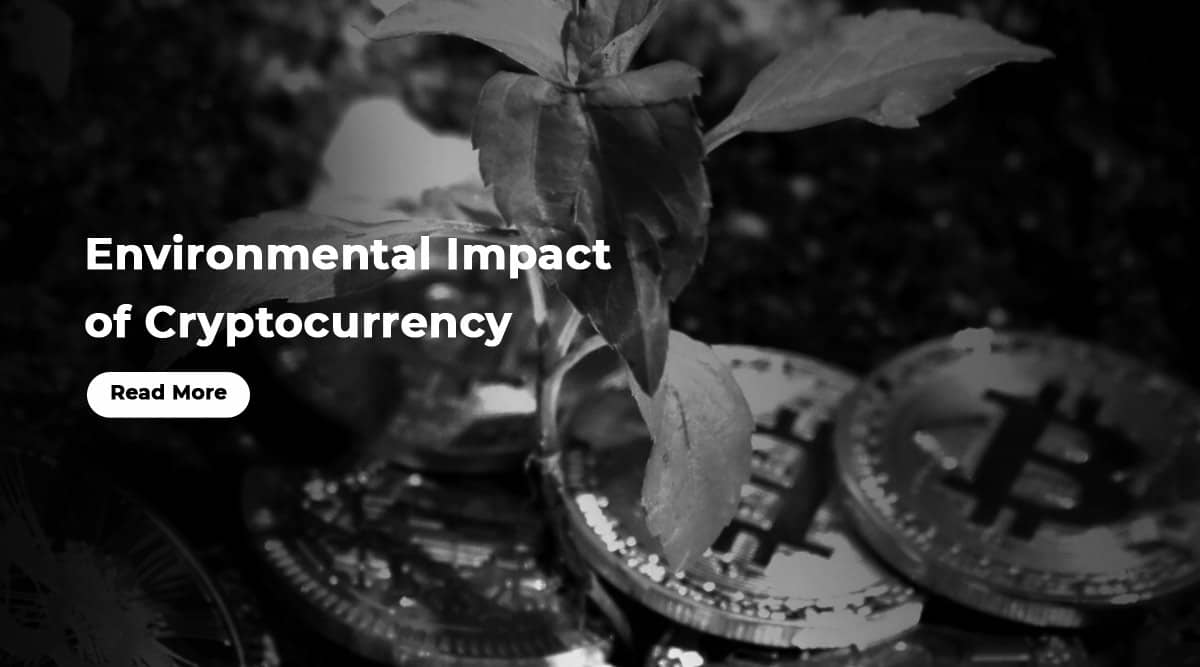 Cryptocurrencies today hold a vastly different image than they did in the past. Originally disregarded as being relevant to criminals and speculators alone, today the world of cryptocurrency has established itself as legitimate with the potential to change the world.

While some cryptocurrencies have stood out for their ability to grow in price and the users they’ve attracted, there still remain doubts pertaining to the adoption of cryptocurrency on a broad basis. Environmentalists and sceptics for instance are most worried about the energy consumption associated with mining cryptocurrency. This in turn could cause greater carbon emissions and contribute to climate change.

Cryptocurrencies consume massive amounts of energy owing to the competitive nature of the blockchains they employ. As opposed to storing account balances within a central database, cryptocurrency transactions are each accounted for via a network of miners that are distributed and put to work in accordance with block rewards. Employing specialized computers, they each race one another to record new blocks that are only possible by solving puzzles that are cryptographic in nature.

Those who advocate for cryptocurrency believe that this system brings with it tons of advantages when set against centralized currencies. This is owed to the fact that they aren’t reliant on any single trusted intermediary. That being said, each of the puzzles employed for mining makes use of and are dependent upon energy-draining computations. Some cryptocurrencies in fact make use of more electricity than countries which makes their usage alarming.

A major point of concern for environmentalists is the fact that mining tends to operate with less efficiency as the price of cryptocurrency rises. Over time this implies that the network for a cryptocurrency will make use of more computing power and energy to process transactions amounting to the same figure as in the past.

The aforementioned considerations have meant that cryptocurrencies have become tethered to fossil fuels in a manner that several investors have yet to consider. In China, an estimated 65 per cent of one cryptocurrency’s mining takes place which is alarming as the country derives a large portion of its electricity by burning coal.

Coal in addition to other fossil fuels serve as a major source of electricity across the world and help with cryptocurrency mining in addition to being used by other industries. That being said, burning coal has majorly contributed to climate change owing to the carbon dioxide emissions that are released in the process.

Examining the Flipside – Why Advocates Believe in Mining

Advocates of cryptocurrency have not focused on the energy consumed by cryptocurrency and instead claim that mining operations are predominantly located in areas that have excess renewable energy. This is evident in a report by CoinShares published in 2019 that supports cryptocurrency that estimated 74.1 per cent of the electricity employed by one cryptocurrency’s network was derived via renewable resources. They then proceeded to claim that said cryptocurrency was more renewables-oriented in comparison to all other large-scale industries operating across the globe. Such claims are based on the fact that cryptocurrency miners aren’t located in one space alone which permit them to move to where surplus energy reserves lie.

Claims pertaining to this cryptocurrency’s renewable energy, however, are often disputed.

Apart from energy consumption, this form of mining also creates a major amount of electronic hardware as the hardware employed becomes obsolete. This holds particularly true in case of Application-Specific Integrated Circuits which serve as specialized hardware that allow for cryptocurrency to be mined.

In contrast to other forms of computer hardware, these circuits are incapable of being used for alternative purposes and become obsolete fairly quickly.

Cryptocurrencies Minus the Mining

It is important to note that a significant number of cryptocurrencies do have minor environmental consequences. These include EOS and Cardano which employ proof-of-stake blockchains that do not involve any mining. Transactions are processed with the same levels of energy as used by a basic computer network. While this model does bring with it a number of advantages that beat mining, it is hard for a well-established network to employ a new mechanism.

Regardless of whether you support cryptocurrencies or not, there is no denying the major amounts of energy consumed by certain cryptocurrencies. A major portion of this energy is derived via the burning of coal and fossil fuels, although cryptocurrency supporters have stated that renewable energy is employed. Although the exact percentage of this renewable energy’s contributions are disputed, the main point remains that mining operations majorly contribute to carbon dioxide emissions.

The impact of cryptocurrency in terms of if and when it’s used on a widescale basis and the cryptocurrency environmental impact will be more apparent as time passes.

Q2. Why is blockchain technology viewed with scepticism?
A2. Blockchain technology uses energy which is often derived from the burning of coal and fossil fuels owing to which sceptics and environmentalists are worried about cryptocurrencies largescale usage.