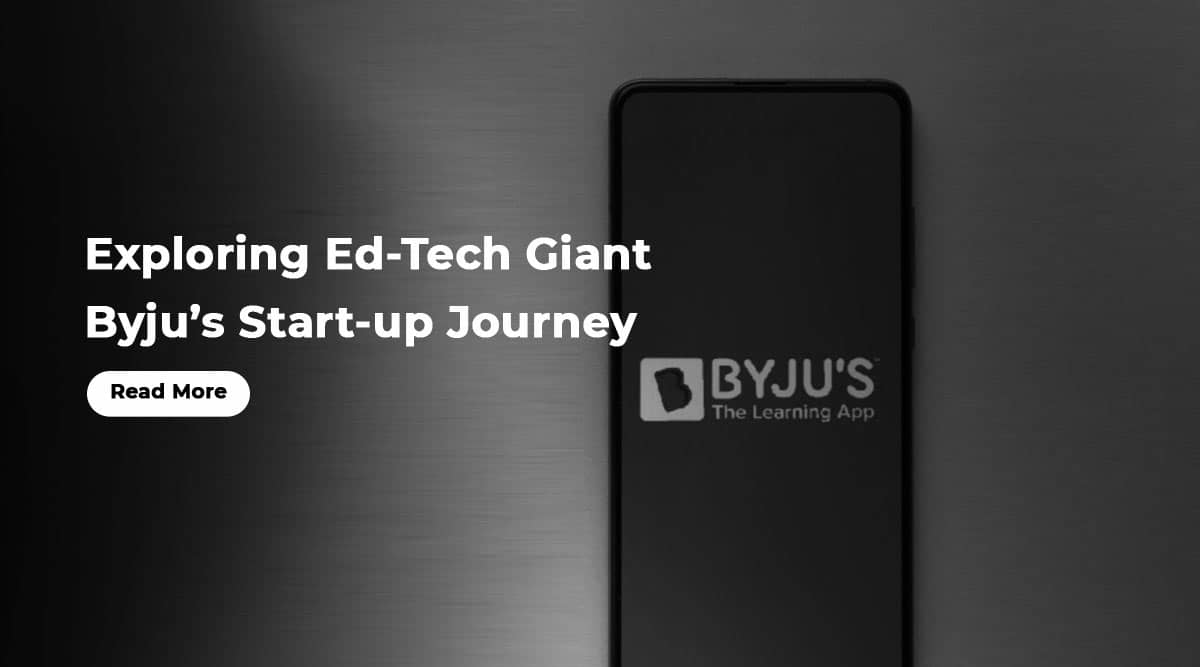 This article walks the reader through the life and career path of Byju Raveendran who is the founder of Byju’s.

An Overview of Byju’s

Byju’s serves as an ed-tech unicorn that saw itself valued at USD 11 billion in 2020 as compared to its USD 5.75 billion valuations in the previous year. While the rest of the world was plagued by the pandemic and the grievous repercussions it inflicted on various aspects of life including the markets, Byju’s was able to thrive. The lockdown imposed across the country accelerated the pace at which online learning start-ups such as Byju’s were able to infiltrate the market. Today, Byju’s has overtaken Paytm and is recognized as one of the most valuable start-ups in India. It was able to raise INR 2,500 crores (approximately USD 340 million) via a number of investors including Blackstone, ADQ and the UBS Group.

Following this funding, Byju’s valuation amounted to USD 16.5 billion. However, in April 2021, the ed-tech giant was able to raise another USD 1 billion from additional investors including XN Exponent Holding and Baron Capital Group Inc.

The present revenue drawn by Byju’s amounts to USD 700 million which is expected to rise to USD 1 billion within the next 12 to 15 months. As the ed-tech sector is set to expand in leaps and bounds in the coming years, it has attracted the attention of investors with deep pockets.

Taking a Look at the Company

This Bangalore-based technology-driven multinational company was founded in 2011 by Byju Raveendran and Divya Gokulnath and operates via a freemium model. It presently serves as the country’s biggest ed-tech company and also happens to be the creator of the country’s most widely appreciated smartphone and tablet education application.

Following four years of development, Byju’s was launched in 2015 and began offering a ton of effective learning programmes. Each of these has been designed to educate students in classes 1 to 12 as well as those seeking to prepare for competitive examinations including but not limited to IIT-JEE, CAT, GMAT, GRE and NEET. The services made available via this application allows tons of students to access unique ways of learning rather than being reliant on traditional learning methods alone.

Think and Learn Private Limited serves as the parent company in charge of Byju’s.

Looking at the Backgrounds of the Founders of Byju’s

Byju Raveendran and Divya Gokulnath collectively founded this company and their backgrounds have been discussed below.

Byju Raveendran was born in 1981 in the state of Kerala. He would go on to earn a B.Tech degree in mechanical engineering from a government engineering college in his home state prior to laying the foundation for Byju’s.

2003 was a big year for Byju as he not only helped his friends prepare for the CAT examination but also sat for it himself and scored 100 per cent. Following this, he began to conduct mathematical workshops which he didn’t initially charge money for.

Come 2009 he began to record videos of the workshops he conducted. Fast forward to 2011 he and his wife Divya Gokulnath laid down the foundation stones for Byju’s. By 2021, his success had led to him being given the Forbes India Leadership Award for Entrepreneur of the Year.

Divya Gokulnath serves as the co-founder and director of Byju’s. She was born in the southern Indian state of Bengaluru and went on to obtain a B.Tech degree in biotechnology from the RV College of Engineering.

Her husband Byju persuaded her to take up a career as an educator and thus she began teaching in 2008. 2021 saw her being awarded the Entrepreneur of the Year award alongside her husband. Her role at Byju’s presently involves managing content, brand marketing and user experience.

An In-Depth Exploration of the Byju’s Journey

The timeline provided below provides insight into how Byju’s expanded over the years and grew from a simple start-up to the ed-tech giant it is today.

2005 – He began to coach his friends for the same exam and also retook it and again scored 100 per cent. He also gave IIM-A, B and C interviews and passed each of them with flying colours. Slowly, he began to teach more students and helped prepare them for CAT examinations.

2011 – This year saw Byju form and register a company called Think & Learn Pvt. Ltd (which is Byju’s parent company). Byju also began to create learning products that continue to be used as part of the smartphone application today.

2012 – Byju’s was able to raise USD 9 million via Aarin Capital in the A series round.

2013 – An additional USD 9 million was once again raised via Aarin Capital.

2014 – Byju’s launched a tablet learning programme such that students in classes 8, 9, 10, 11 and 12 could study for competitive exams

2015 – The Byju’s Learning application was launched and witnessed over 20 lakh students sign up within 3 months.

2017 – Byju’s began to acquire other learning platforms like Vidyartha, TutorVista and Edurite. It expanded its offering for students and parents and also saw its learning application become included as a case study by Harvard Business School who wished to showcase how the technology used by Byju’s was able to impact learning.

2018 – Byju’s acquired unicorn status as it was valued at over USD 1 billion.

2020 – Byju became the most valued ed-tech start-up as its valuation now amounted to USD 10.5 billion.

As this article showcases, the journey undertaken by Byju’s and its founders has been a long yet successful one wherein the company has grown by leaps and bounds and has in the process gained ample recognition and accolades.  Byju’s success story is inspirational and goes to show the value that education provides and is capable of accruing over the long term.