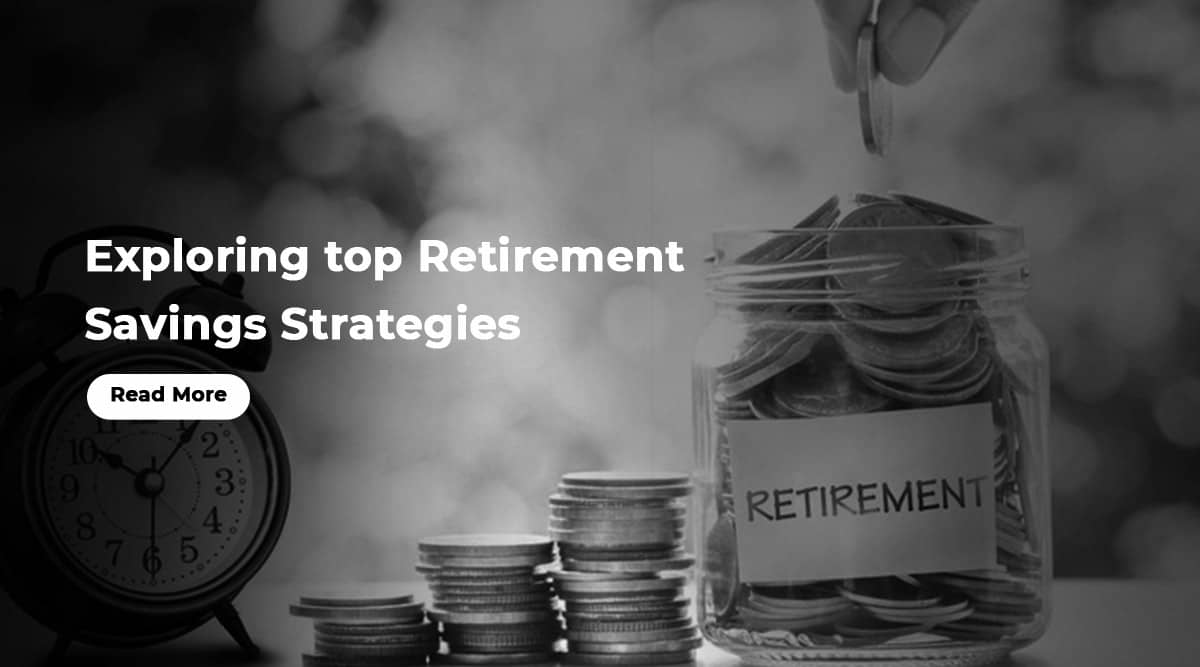 Saving for retirement is a smart financial strategy for anyone, whether they are 25 or 55. Here are the best strategies for retirement savings that will put more money in your bank account.

To be able to retire with sufficient sums of money such that you can live out the last few decades of your life is the ultimate goal that dominates most people’s lives. To be able to successfully set up this nest egg is, however, not always easy. Fortunately for you though, this article has got you covered. Read on to learn how you can kickstart your retirement planning.

Strategies to Employ for your Retirement Savings Fund

In order to accrue retirement savings that are sizeable, it is recommended that you consider employing the suggestions listed below.

Save 15 percent each year

While it was previously not uncommon for people to save 10 percent of their household income each year, a number of factors have led to this figure rising to 15 per cent. These factors include but aren’t limited to longer life spans, the possibility of accruing lower returns on future investments and the conclusion of a pension plan. Each of these has resulted in the need to stow away more cash towards your retirement corpus.

Aim to save more than 15 per cent

The 15 percent rule of thumb is based on two underlying factors listed below.

You begin your saving journey aged 30.

You seek to retire by your mid-60s.

That being said, if you only managed to get a break later on in life, you may need to save more than 15 percent of your annual household income. Take for instance individual ABC who has reached the age of 40 without any retirement savings to his name. ABC should now seek to stash away 25 percent of his household income such that he has the financial security he will need for his retired life.

Another factor that ought to be considered is the targeted age of retirement. Quite a few individuals hope to end their careers prior to their 60s. For such individuals 40 or even 50 per cent of their household income is directed towards retirement funds. This holds particularly true for proponents of the Financial Independence, Retire Early (or FIRE) movement.

A major aspect of being able to retire with ease is the ability to curtail your current. Consumption such that you can adequately expend your future consumption.

Although you might have heard financial experts claiming that you could have a vast chunk of money if you stopped spending it on certain expenses such as cigarettes or store bought coffee, this logic ought to be applied to greater expenses as well.

Some of the major expenses that are incurred during one’s life include housing, transportation and food. Read on to learn how these expenses ought to be altered.

Housing – Housing expenses are understood to be vast and take up a significant portion of one’s funds. By buying or renting no more space than what you actually require in affordable locations, you can free up a lot more money that would otherwise be directed towards your home.

Transportation – Ranking #11 In terms of the most passenger cars in use across the globe, it isn’t unusual for Indians to take out loans to be able to afford such vehicles. In several instances it isn’t unusual for individuals to still owe money on a vehicle when they replace it. Aiming to reduce the costs associated with transportation is of paramount importance. Should you choose to buy a vehicle, select one that is midsize, fuel-efficient and which is capable of being driven for 10 to 15 years. By investing in a car and using it for up to 200,000 miles you can save an ample amount of money. Public transportation must also be considered.

Food – Only buy food that you will consume and make sure to limit your expenses on food such that you are able to consume said purchases while it is still fresh.

Maximize retirement accounts issued to you

You aren’t alone in your desire to seek to ultimately retire. The government along with your employer recognize the same and have a number of schemes that cater to this.

The Indian government’s National Pension System (NPS) seeks to provide a pension to all Indian citizens. Available via a voluntary basis, this pension plan is a transparent and cost-effective plan. In order to avail of the same, all you must do is create an account with your nodal office such that you can gain a permanent retirement account number (or PRAN). Regulated by the Pension Fund Regulatory and Development Authority, the NPS is a viable bet as it is governed by a number of norms and offers tax benefits.

Consider investing in securities that provide long-term returns. Large-cap stocks such as those mentioned on the S&P 500 and government bonds are worth noting here. To learn more about a retirement strategy appropriate for creating a retirement fund, visit Angel One’s Smart Money portal today.

Q1. What two factors are assumed when referencing a 15 per cent saving suggestion?
A1. The 15 percent rule of thumb is based on the assumption that you begin your saving journey aged 30 and you will return once you reach your mid-60s.