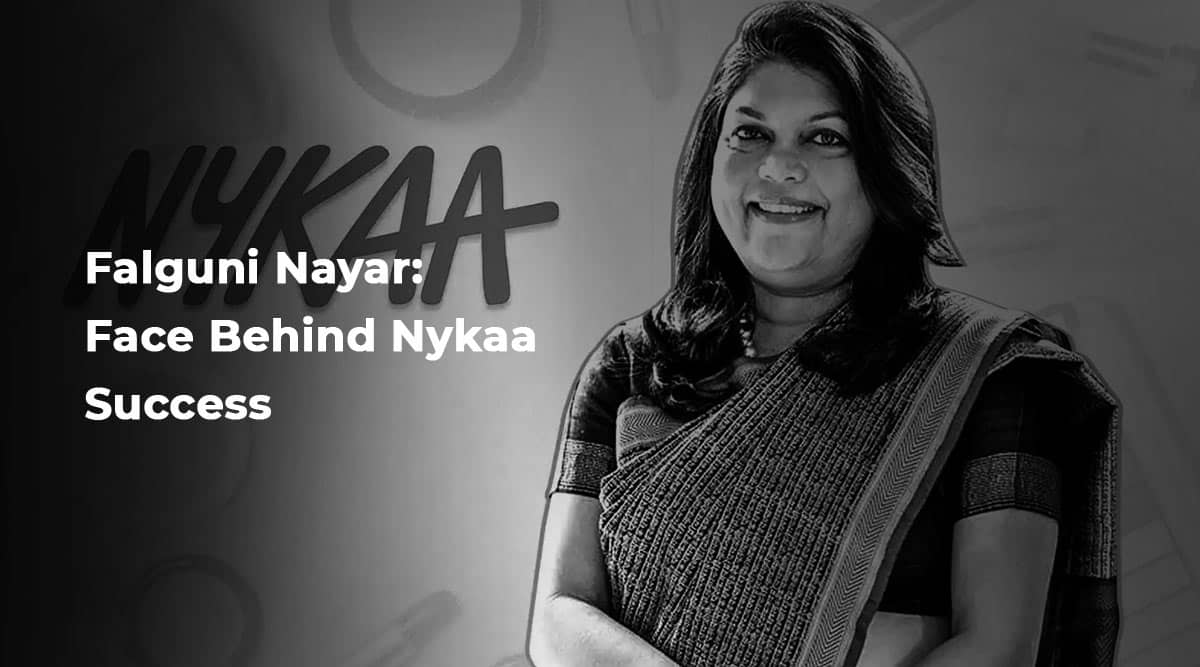 Take a look at what Nykaa founder Falugni Nayar’s story is and understand how the company grew exponentially over the course of the past decade.

It is unlikely for many people to choose to quit their jobs at 50 and start a business venture from scratch. Not only does this require courage and commitment, but it also requires tons of time and faith. However, Falguni Nayar was clearly willing to put in the blood, sweat and toil needed to succeed in such a scenario as she quit her job and went on to found Nykaa.

Nayar graduated from IIM Ahmedabad and went on to work for Kotak Mahindra Group for close to two decades. While employed by KMG she served as a venture investor as well as a merchant and focused on the group’s global operations in the UK as well as the US. Here, she led the institutional equities division. By 2005, she was employed as the group’s managing director and was responsible for saving them tremendous amounts of money.

In April 2012, Nayar chose to mix up her career and added the title of “Nykaa’s CEO” to her repertoire. Her desire to change the course of her career was perceived to be strange. However, Nayar had kept tabs on the growth of the online consumer market in India. She opted to go for the beauty segment as she enjoyed make-up and saw the potential it held in the online retail space.

She sought inspiration from entrepreneurs like Ajay Bijli who helms PVR Cinemas and Ronnie Screwvala of UTV and chose to headquarter her company in Bombay where she had been born and raised. Her exposure to her father’s small bearings business also helped instil a level of confidence in her and made her feel that she would have what it took to be a successful entrepreneur.  The fact that her family frequently discussed the stock markets and trade around her while she was growing up helped cement this feeling.

Although the Nykaa dream existed within Falguni for a while, she was only able to grow the business when she had time to spare. She devoted more time to Nykaa after her twins Anchit and Adwaita left home to pursue their academics overseas. Given that she imposed a deadline of 50 to start this venture, she quit her job at Kotak and took the leap to start Nykaa.

Ultimately it was Falguni Nayar’s love for make-up and her understanding that the Indian market needed an online cosmetics and wellness platform that drove her. With Nykaa, she was able to bridge this gap and transformed the way women in India shop. Under her helm, Nykaa has curated over 850 brands and is home to 35,000 products. Further, the company has a physical presence evident from its 17 stores spread across a number of Indian cities. There exist two store formats that Nykaa follows. Of these, Nykaa Luxe offers high end Indian and international beauty brands in addition to vending Nykaa Beauty products. (Nykaa Beauty here refers to Nykaa’s in-house collection of beauty products). The second store format is Nykaa On Trend which features a number of popular market products.

While Nykaa is a young online beauty company that has a long way to go, it has successfully managed to penetrate its target audience which is aged between 22 and 35 years. As of March 2016, the company has gone on to launch private labelled products within the bath and body care section.

Nykaa employs inventory-based operations owing to which it has warehouses located in Bangalore, Mumbai and New Delhi. Several leading brands are available on Nykaa and include but aren’t limited to Charlotte Tilbury, Maybelline New York and Lakme.

Today, the Nykaa founder has become a singular entity in the space of wellness and beauty. Her impact is thoroughly evident across the company. In just a decade, Falguni Nayar has transformed the space within which her company operates. The future for Nykaa looks exciting and tracking its expansion and growth will help indicate just how far it goes. The Falguni Nayar story is one of hard work and perseverance and shows us that you can attain tremendous success at any age.