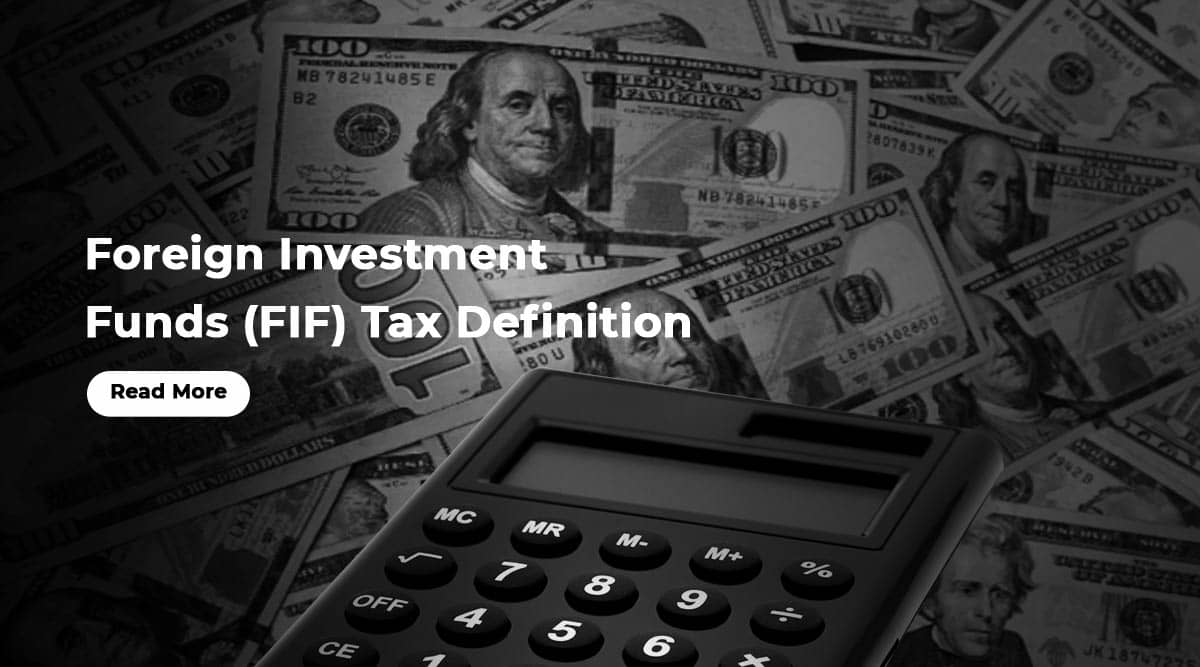 A foreign investment fund (FIF) is a foreign corporation, a foreign unit trust, a foreign superannuation scheme, or an insurer under a foreign life insurance policy that is an overseas investment.

What Is the Foreign Investment Funds Tax?

Foreign Investment Funds (FIF) Tax: What You Need to Know

The Foreign Investment Funds Tax has a reputation for being contentious and difficult to understand, with several exclusions and loopholes. The FIF tax made it impossible for people to delay paying Australian tax on investments made outside of the nation.

Personal retirement accounts as well as life insurance wrappers, which are often offered by foreign advisers, may have been subject to the FIF tax. Furthermore, the FIF tax was imposed on any revenue earned by foreign enterprises owned by foreign people.

The Foreign Investment Funds Tax was abolished in 2010 and replaced with new tax legislation. When Australian people receive dividends from a foreign investment fund, the fund is now taxed at the same rate as the domestic counterpart of the foreign investment fund, and the FIF is subject to the same special tax restrictions. So, if an Australian resident earns money from a FIF, they would use the current tax rules in Australia to calculate their income.

For example, if you are an Australian citizen with an investment in a United States-based trust, you would file and pay your taxes under the normal Australian taxation rule on trust funds.

Specific parts of the FIF tax were kept by the Australian government to ensure that Australian people were not subjected to double taxation. Double taxation is a tax concept that refers to a scenario in which taxes are paid twice on the same source of income, which may happen in both corporate and personal tax circumstances.

Double taxation happens in a number of situations, most of which are unplanned. In international commerce, double taxation occurs when two distinct governments tax the same income, which applies to money subject to the FIF tax.

The Australian government intends to remove tax loopholes and unify the taxation system by preserving some of the FIF tax laws while shifting others to the regular Australian tax code. This would ensure that all income received is taxed at the same rate.

Diversification extends beyond holding firms in a range of sectors for many of today's investors. It also entails incorporating securities from various regions of the world. To build a more efficient portfolio, several wealth management gurus propose diverting a third or more of one's stock allocation towards international firms.

However, if you're not aware of how overseas securities are taxed, you're not getting the most out of your money. Any investment income (interest, dividends, and capital gains) and capital gains are liable to U.S. income tax when Americans acquire stocks or bonds from a corporation headquartered abroad. The kicker is that the government of the company's home nation may also get a piece of the pie.

Fundamentals of the Foreign Tax Credit

Every nation has its unique tax rules, which might differ significantly from one administration to the next. Many governments levy no capital gains tax or exclude foreign investors from paying it. However, many people do. In Italy, for example, a non-stock resident's sale profits are taxed at a rate of 26 percent. Spain keeps 19 percent of the profits. Dividend and interest income are treated differently by the IRS.

While it's a good idea to look at tax rates before investing—especially if you're purchasing individual stocks and bonds—the IRS does provide a means to prevent double taxation. You may claim a tax credit or a deduction (if you itemize) on your tax return for any "qualified foreign taxes" you've paid, which include taxes on income, dividends, and interest.