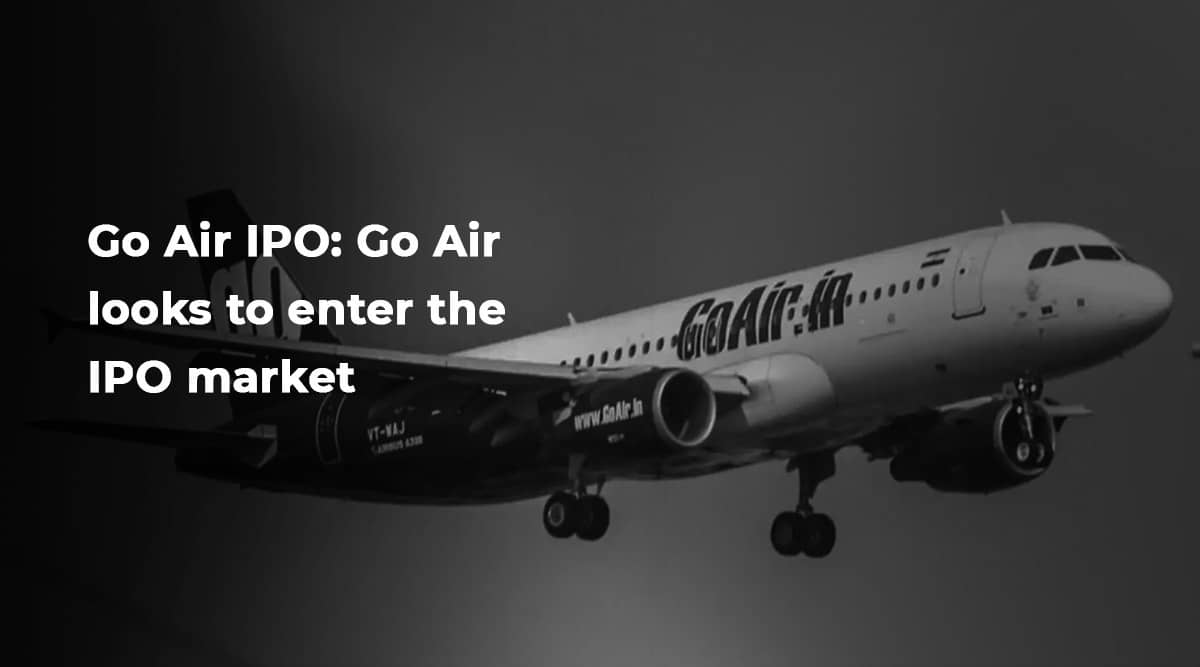 GoAir, one of India’s most popular airlines, is preparing for an initial public offering (IPO). Rebranding itself as “Go First”, the airline filed a draft red herring prospectus (DRHP) with SEBI in May and recent reports indicate that if the GoAir IPO is cleared by July, it might hit the market as soon as August. Read on to know more.

About GoAir : Why are investors excited about the GoAir IPO?

GoAir’s move to announce an IPO could be seen as an attempt to raise funds in a time where the airline and industry as a whole have suffered huge losses in business. While the travel and tourism industry has taken a hit in the past year due to the pandemic, it is expected that there will be an uptake in business as things return to normal and people start travelling again. Many are expecting a boom in the industry as people may wish to make up for time lost in the past year, and travel to meet their loved ones.

GoAir, owned by the Wadia Group, was introduced as a low-cost carrier (LCC) and recently became India’s first ultra-low-cost carrier (ULCC). The main aim of the airline is to make air travel accessible to everyone and affordable for the masses. Flying since 2005, as of December 2020 it reached the mark of flying 83.8million passengers from 2010 onwards. The brand message of ‘Fly Smart’ resonates with its passengers, and the airline’s commitment to their safety is reflected in its staff and pilot training, aircraft maintenance, and strict policies. Operating around 300 flights every day, the airline flies across 37 destinations as of January 2020- 9 of them international and 28 domestic.

GoAir IPO Details : How much is up for offer?

In May 2021, Go Airlines Ltd. filed their DRHP with SEBI to launch an IPO worth Rs.3,600 crores. While the current market is still unstable due to the lockdowns, the travel industry hopes to make a comeback as restrictions ease. The airline will issue shares via preferential issue or another method in order to generate up to Rs.1,500 crores.

While this IPO has caught the eye of many, as always assessing the performance of the company is of crucial importance. Here are a few key points that can give you an idea of the airline’s performance so far. However, we recommend doing your own homework as well to get a detailed picture of the same.

Key  figures at a glance:

Competition in the domestic aviation sector:

Currently Indigo is the leader in the domestic aviation sector in India by a huge margin, holding 43% of the market share, followed by Spicejet at 13%, Jet Airways at 12%, Air India at 11% and then GoAir at 9%. The margin clearly narrows as we go down the list, and GoAir has the potential to put up a good fight against the nearer competitors .

Recent headlines linked to the airline and IPO:

The IPO being launched by GoAir will be a main-board IPO.

2. What is the opening date for the GoAir IPO?

The GoAir IPO date has not been announced yet, but if it is cleared by July it will likely hit the market in August.

3. Where will it be listed?

If cleared, the IPO will be listed on BSE & NSE both the indices.

4. Who can invest in the GoAir IPO?

5. What are the GoAir IPO’s investors’ portions?

6. What is the GoAir IPO issue size?

7. What is the GoAir IPO share price and price band?

The share price has not been declared yet, nor has the price band for the GoAir IPO.

8. What are the GoAir IPO objectives?

With a plan to raise Rs.3,600 crores through the IPO, 55% of the raised funds will be allotted to the repayment of debts. In addition to that, Rs.240 crores will be used to repay Indian Oil Corporation, as their fuel provider. Some capital will also be set aside for lease repayments as well as aircraft maintenance purposes.

Any stock market investment carries certain risks, no matter how well-established the company may be. Keep researching the financials and performance, and wait until the official listing to see if the IPO in question is worth the investment and where its market value stands. It is wise to have all the paperwork in order in advance so as to avoid wasting even a minute.

If you are looking to invest in an upcoming IPO such as this one, the Angel Broking app will make the whole process quick and effortless. With the app you will also be able to keep tabs on your stock market investment from anywhere, at any time - all you need is a smartphone and internet connection. Not only is the app free, but the set-up procedure is also super simple and with a few easy steps for documentation, your trading account will be up and running in a matter of minutes. Regardless of gender, age, or occupation, everyone should be able to invest.