How are Dividends on Stocks Taxed? 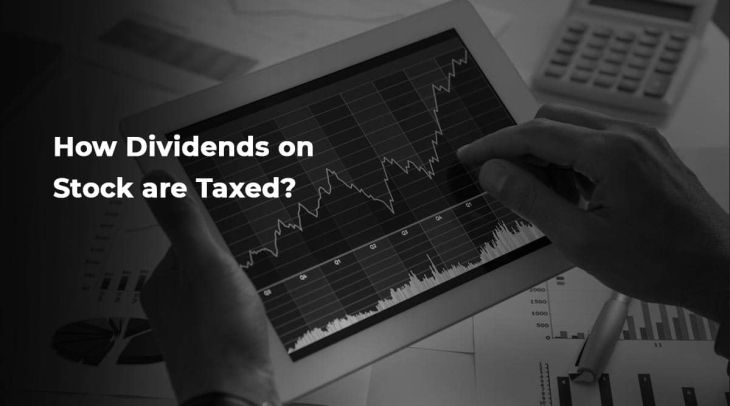 This write-up seeks to shed light on what dividends are and, how they are taxed and all that they entail.

The previous year saw the Finance Act of 2020 abolish the Dividend Distribution Tax under section 115-O. Following this move, a classical system of taxation has prevailed under which dividends are taxable and the onus to meet these requirements must be fulfilled by investors of stocks. Dividends distributed post-April 2020 are taxed to investors and domestic companies issuing these dividends aren’t taxed.

Dividends have ordinarily been understood to be the profits accrued by a company that is distributed to its shareholders. As per Section 2 (22) of the Income Tax Act, dividends also include within their gambit the following.

Examining the Taxation of Dividends on Stocks

Owing to the fact that the classical system is now in effect, the enabling provisions that govern it have been activated as well and permit the deduction of expenses and the deduction tax applicable at source along with treaty relief applicable to non-residents and so on.

The header ‘other sources’ mentioned under tax documents now require dividend income generated via investment to be listed and is applicable keeping in mind slab rates. Dividends that are declared, distributed or paid in a year are taxable as per the Income Tax Act based on whatever occurs earlier.

Resident shareholders that acquire dividends and income via mutual funds are expected to pay a 10 percent TDS should the funds acquired surpass INR 5000 for a given year. This deducted tax will be made available in the form of a credit via the final tax liability of the taxpayer when they file their income tax returns.

Non-resident shareholders are expected to pay a 20 percent tax which is subject to beneficial tax treaty rates should they be available. Non-resident shareholders are also expected to have on hand an array of documents ranging from their tax residency certificate and declaration of beneficial ownership to a Form 10F in order to avail of tax treaty benefits. If they do not, the domestic company responsible for allocating dividends may choose to deduct taxes without taking into account the beneficial treaty rate. Should such a scenario occur, a lower tax treaty can be claimed by the non-resident when they file their tax return in India.

It is important to understand that non-resident shareholders are permitted to not file a tax return in the event that their total income is made up of dividend income or a passive income that is prescribed to such as interest and tax on the same has been withheld at a rate outlined in the Act. This implies that only if a lower tax treaty rate is claimed should non-residents be required to show a return of income that highlights their dividend income and the tax deducted on it.

Expenses to be Deducted –

The tax laws in place for the past year require taxpayers to claim deduction on their interest expenditures that are incurred by them owing to their earnings via dividend income wherein 20 percent of this income is taxable at most. Other expenses such as those pertaining to commissions or remunerations made to bankers or brokers are permissible as a claim.

Moreover, taxpayers are expected to pay their tax installments in advance should they anticipate their tax liability to be in excess of INR 10,000 for a given tax year. Should a scenario of non-payment or short payment arise, an interest is charged to the shortfall in payment. That being said, keeping in mind the nature of income derived from dividends and the associated difficulties arising from accurate figures when considering advanced taxes, the law has created provisions in cases of shortfalls in payments of these advance taxes. These stipulate that should a shortfall arise owing to dividend income, interest won’t be applicable provided of course that the taxpayer makes tax payments in their entirety in all consequent advance tax payments.

While domestic companies aren’t expected to pay dividend distribution tax, they are still held accountable and are liable to have tax deductions incorporated as Section 194. Section 194 stipulates that Indian companies are expected to deduct tax at the rate of 10 percent via the dividend allocated to resident shareholders provided the aggregate amount of dividends given during a given financial year surpasses INR 5000 as mentioned above. That being said, dividends paid by the Life Insurance Corporation of India (or LIC) and the General Insurance Corporation of India (GIC) or any insurer with respect to shares owned by it or for which full beneficial interest applies are not taxable. That being said, in situations where the dividend is expected to be made to a non-resident or a foreign company, the tax meant to be deducted as per Section 195 is to be in line with the relevant DTAA applicable.

In conclusion, domestic companies are no longer required to pay dividend distribution tax and the burden to pay taxes on dividend payments now falls on shareholders who are the recipients of these dividends.

Q1. What are dividends?
A1. Dividends are profits accrued by a company that are distributed to its shareholders.