How Does Bitcoin Mining Work 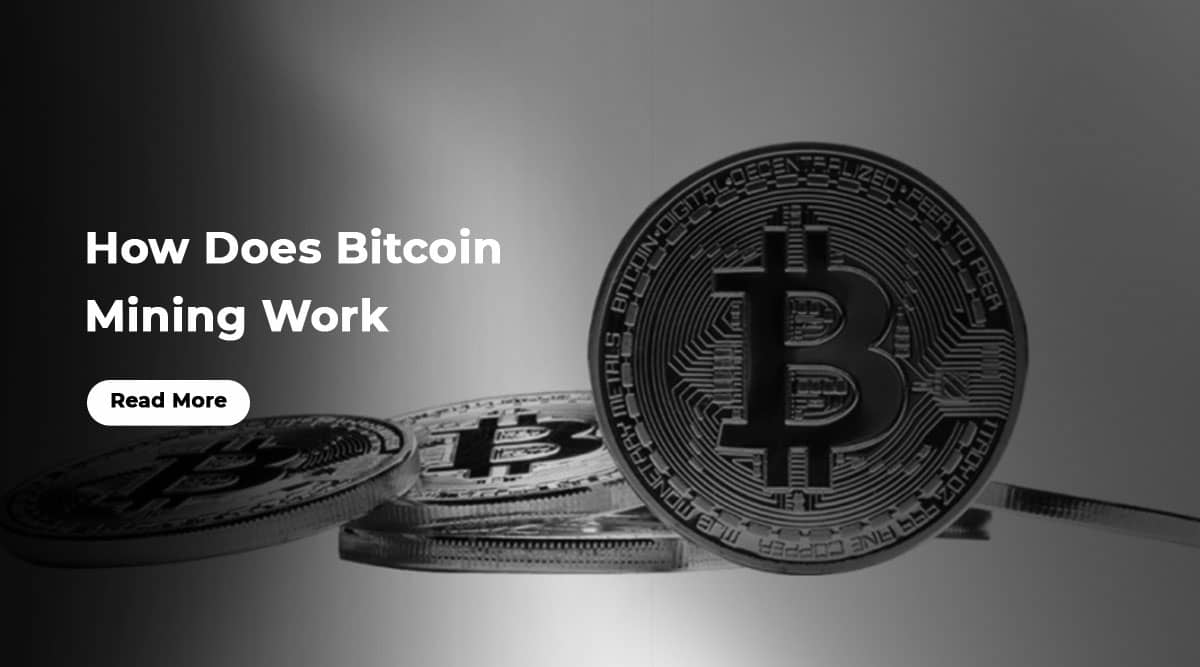 Get the basics of what goes into Bitcoin mining, what its purpose is and what you would need to do if you wanted to start coin mining.

If you are considering Bitcoin mining, you need to understand how it works, the technology you will need and the risks and rewards involved in the process.

What is Bitcoin mining?

The working of Bitcoin mining - and crypto mining, in general for the most part - can be explained by a simple analogy: Mohit tells Sahil, Sagar, Sonia and Saloni that he is going to pick a number from 1 to 50 and that whoever is the first to guess a number closest to or equal to the number he has picked, they win. Mohit mentally selects 22. Sagar is the first to answer; he says 99. Saloni and Sagar answer simultaneously - Saloni says 22 and Sagar says 17. Both of these are viable answers and Sagar doesn’t get extra points. But Sonia has answers before them, saying 20. Sonia wins. In blockchain terms, this would mean that Sonia gets awarded one block, which translates to her getting (as of 2021) 6.25 Bitcoins. That amounts to about 221.25 lakhs (6.25 x 35.4 lakhs - today’s rate of Bitcoin, approx).

However, in Bitcoin terms, Sonia would not be pitted against three friends. She - or rather her computer - would be in a guessing race against millions of other Bitcoin miners’ computers (also playing the same guessing game) trying to identify a number that is closest or equal to what is known as a 64-Digit Hexadecimal Number.

How does Bitcoin mining work?

The process of coin mining involves your computer verifying bitcoin transactions in the process of trying to guess the 64-Digit Hexadecimal Number.  There is no logic to be applied to the task of coin mining; however, it is arduous work and rewards cannot be guaranteed because guesswork and chance are at play. Of course,the right technology can improve one’s chances.

Tools and requirements for Bitcoin mining

If you are serious about crypto mining, you must factor in costs for the technology you will need to invest in. You will need a laptop or computer with a graphics processing unit (GPU), to carry out your mining at breakneck speed.

You will also use a huge amount of data and energy when you are mining. Keep this in mind and be prepared with power backup and sufficient juice in your data pack.

You need considerable upfront investment, by way of technology, energy and data to carry out coin mining. In addition, you might also need to devote time to the process. The main allure of coin mining is the reward - that is, if you guess the right number (or more precisely a number that is less than or equal to the target number), then you get awarded Bitcoin, “for free”. But this logic does not seem to consider the input costs involved in mining.

Miners must also bear the risk of being among the large majority who will not be able to guess the correct answer (because there is only one winner) in which case they do not get awarded any coins.

There are other ways to partake in the Bitcoin rush. For instance, Bitcoin can be purchased using Indian rupees or any other currency. Speaking of which, you can also invest in another cryptocurrency. Do your research and find out which might be the best to invest in.

You could also look at investing in allied sectors, like the equity shares companies that make GPUs, ASICs and graphics cards, for example.

Cryptocurrency mining and investment come with substantial risks because the pricing is dynamic and can be very volatile. There is also not enough historic data to go on. That said, many investors have become rich by investing in cryptocurrency - although this too might be because they entered early in the game. If you intend to invest in cryptocurrency, consider your risk appetite and speak to your financial advisor.

Disclaimer: Angel One Limited does not endorse investment and trade in cryptocurrencies. This article is only for education and information purposes. Discuss with your investment advisor before making such risky calls.