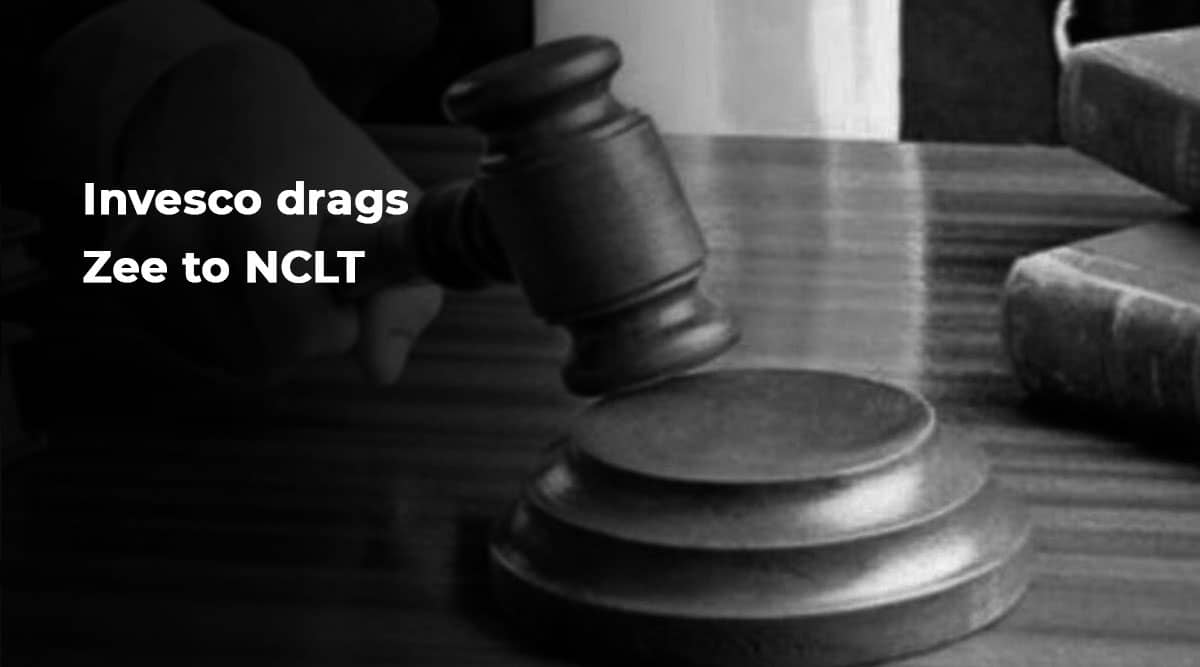 Most investors don't want to see the companies that they have invested in, in the headlines. Not unless it is news about expansion or awards and accolades or anything that counts as good news.

They're happy to know that the company that they have invested in made an acquisition (or ate a smaller fish). They are happy when the company opens a new manufacturing or retail centre or puts a new location on the map. They're absolutely delighted if the company makes it to a benchmark index.

But getting dragged to court? That's never good news. However, it need not be terrible news. Do Zee's investors need to worry? Let's find out.

What happened? What are Zee and Invesco in a tussle about?

On September 11, US-based institutional investor Invesco asked for an Extraordinary General Meeting (which, as the name suggests, as an AGM of shareholders held under extraordinary circumstances and therefore out of turn). Invesco wanted to discuss the idea of 6 independent board members to replace Zee's current CEO, Punit Goenka. It also wants two other directors removed.

Reports by news wires have indicated that Invesco wants Zee's CEO to step down because of allegedly poor corporate governance and financial irregularities.

Invesco is within its rights calling for the EGM (though there is no way to tell which way shareholders would have voted) because any investor having more than a 10% stake in the company has the right to call such a meeting, and must be given a date for a meeting within two weeks. Invesco owns an almost 18% stake in Zee via two funds, namely, its Developing Markets Fund and its OFI Global China Fund.

Zee, on the other hand, claims that the international company is trying to take over the management of Zee against Indian laws. The entertainment brand rejected the major investor's request on October 1.

While there is no way to tell which way shareholders would have voted, it must be noted that Invesco had specified 6 nominees.

Before Zee had the chance to reject Invesco's request, however, the company had already - on September 29 filed a case with the National Company Law Tribunal, that is NCLT.

Invesco wants independent directors to sit on the board, whereas Zee wants to retain the founding family based leadership.

What is the status quo? Where do things stand right now?

Investors might also be interested to note that SEBI has previously also posed questions to Zee about financial irregularities, as recently as June this year. SEBI had then mentioned "large outstanding dues" and had also said that the "actions of the company are not in the best interest of shareholders."

Share prices have shot up substantially since the whole saga began from about Rs 177 to Rs 255 and now to Rs 316.

To an onlooker who hasn't been tracking the chronology of the story, as it unravelled, from the start, it might look like terrible timing for Zee. All this drama and (unfavourable) spotlight right when it was looking to ink a merger with Sony Pictures.

However, what investors must observe is that the headline-making merger with Sony pictures came only days after Invesco's letter to Zee.

The paperwork of the merger states that Goenka will continue as Zee's CEO. Invesco does not seem to be complaining about the merger, although it did call the move erratic.

However, calling Zee's business "valuable" with and without its partnership with Sony, Invesco had underlined that it wants to see higher accountability. The global investor however says that the Sony deal is unfair to the rest of Zee's shareholders because

What should Zee's shareholders do?

If you're feeling tremendous FOMO about not having held this stock when the prices jumped from Rs 177 to Rs 316, that's an emotion that you're feeling. Emotion should never drive an investment decision.

Existing shareholders might - if they have achieved their target price - want to consider exiting since the stock price is at an all time high. However, avoid starting to dump stock in a frenzy. Make calculated decisions. If you are yet to achieve your target price, you might want to consider selling your stock in a staggered manner, or if you know how to play it, you could use options contracts to safeguard yourself and aim for potentially higher earnings.

Investors looking to invest might want to go through Zee's financials with a magnifying glass, and use value investing metrics like the P/E ratio to evaluate whether it is a sound investment decision.