Investors Walk Away from ViacomCBS Stock 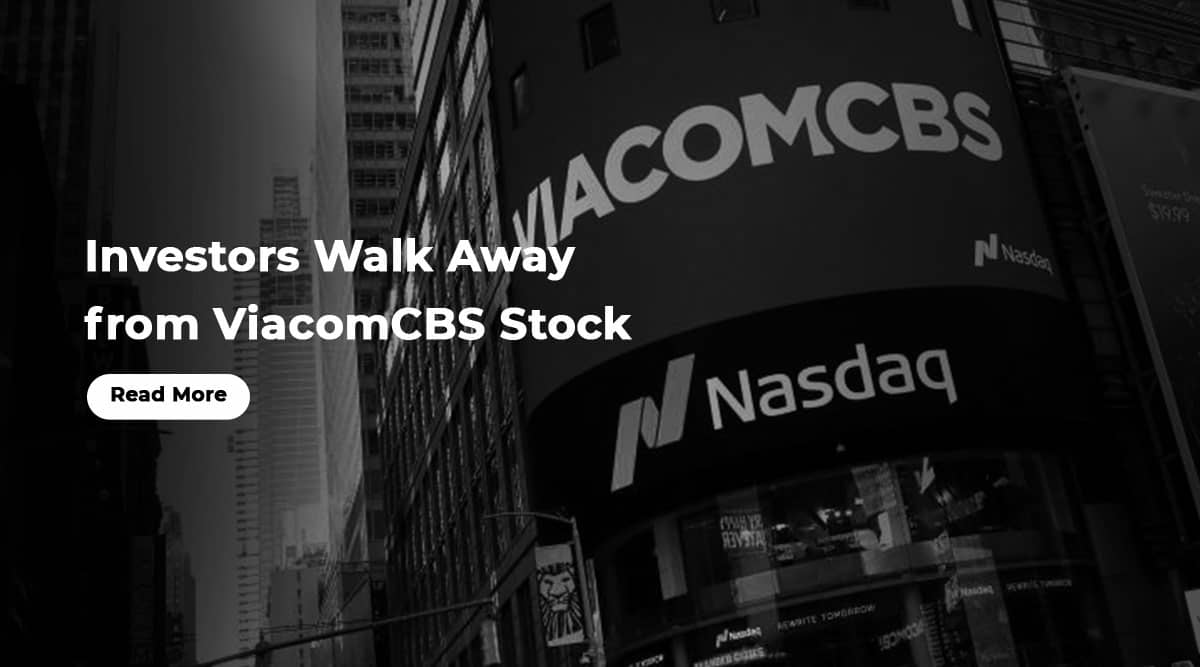 Shares of ViacomCBS Inc. have been in the news recently for all reasons. It can be helpful for investors to understand what’s happening with this stock, so as to shape their investment journey.

Previously individual entities, Viacom and CBS finished up with their merger of equals in December 2019 allowing for ViacomCBS Inc. (or VIAC) to be functional. While it might strike you as an odd pairing, especially considering the companies went their own way in January 2006, it still adds up considering each of them performed poorly in terms of their equities in recent years.

That being said, despite the hype surrounding their coupling, investors didn’t seem to be taken by the new company and are sceptical of its success with the advent of streaming platforms.

Understanding the Workings Behind This Attitude

Viacom’s entertainment assets have made public their market share losses over the last decade as the company failed to work its way into the streaming industry. The controlling Redstone family were at loggerheads with one another during this time. Simultaneously CBS was able to make a comeback with its successful All-Access. That being said its roster of “cop shows” hasn’t drawn much attention from younger viewers who prefer new age spin-offs.

Analysts have had a positive outlook on the ViacomCBS stock since the two merged, and it has received Buy ratings via BoA/Merrill, Deutsche Bank and Needham. That being said, Credit Suisse downgraded the stock. Yet hedge funds have created or added to positions for the same period.

Despite these factors, the combined chart indicated a seven-year low as of February 3, 2020, indicative of scepticism via investors.

The new ViacomCBS makes use of the previous CBS price chart, which begins with the company’s split in 2006. This was followed by an uptrend that reached a peak of USD 35 in 2007. This was followed by a mainstream correction that sped up out of bounds during the 2008 economic crisis. March 2009 saw it reach an all-time low where it amounted to USD 3.06, which turned higher, thereby creating a multi-wave bounce that followed a circular path. This meant that it was able to venture back to its previous highs in 2012. In 2013 it experienced a breakout which gained momentum resulting in the stock acquiring a value of USD 68.10 in 2014 Q1.

Sellers took the reign, which now meant that in December 2018, the value of the stock dipped to USD 38.51 level of October 2015 once again. Support allowed for a weak bounce which stalled at a slightly lower high in July 2019. Ever since, the stock has been plummeting, which was punctuated by a double top breakdown in September 2019.

While a November 2019 bounce indicted resistance, it reversed after five days following the merger. This meant that there was now renewed selling pressure that surpassed the October low in January 2020.

As of February 2020, the stock has been trading at the same level it did in December 2012. The aforementioned features indicate that it is best to be cautious when considering this stock.

2009 to 2017, when viewed via a Fibonacci grid, indicates an uptrend in terms of double top close to the 0.50 retracement. This was majorly broken in Q4 of 2019. This huge pattern indicates a strategic move target next to the 2009 low in single digits. This serves as a warning to side-lined investors such that they abstain from exposure save for a scenario wherein a slew of positive news catalysts allow for the price to rise beyond the red line.

The stochastic oscillator operational on a monthly frequency hasn’t reached the overbought area in close to three years, indicative of major weakness. Instead, it has plummeted into the oversold zone on three occasions during the same time frame and has reached its most dire reading since 2008 as of November 2019. Despite this bullish crossover, it is hard to take it seriously as there have been several failures in recent times. Bottom fishers are therefore likely to secure superior bargains in other realms of the market universe.

Despite upbear Wall Street beliefs, ViacomCBS stock trades have fallen below the levels posted at the time CBS and Viacom merged in December 2019.

Q2. When did Viacom stock and CBS stock merge?
A2. Viacom and CBS merged in December 2019.