Is Google a Good Investment? 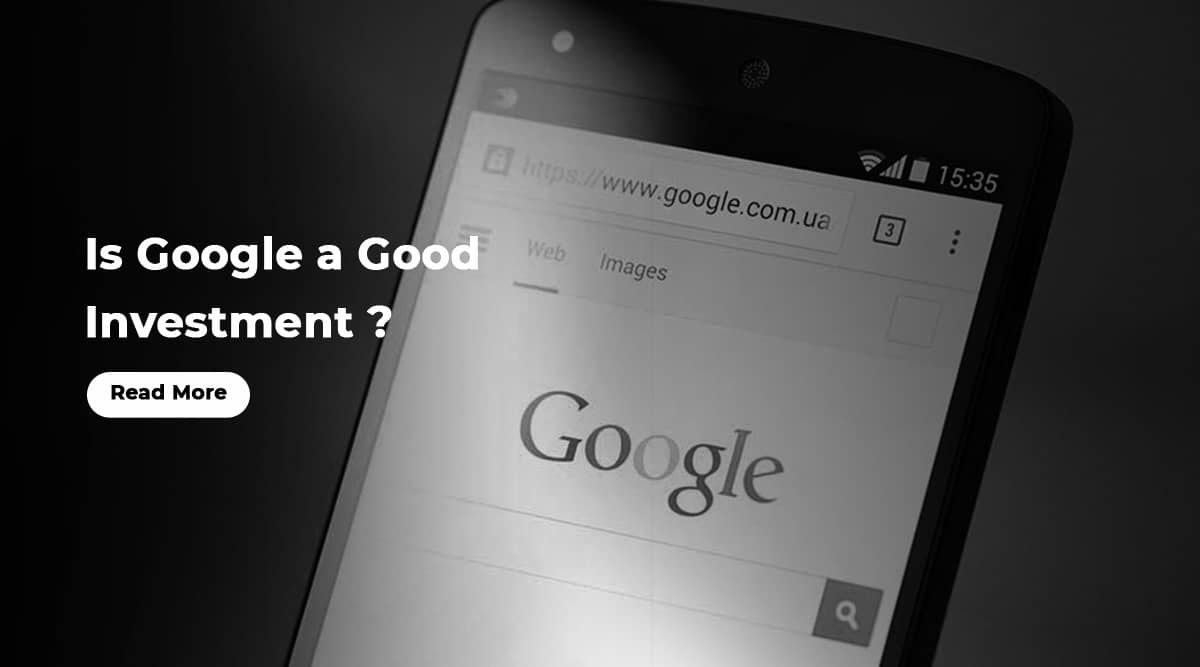 Some analysts feel that Google is a relatively secure stock to buy both qualitatively and quantitatively. The soundness of Google's balance sheet contributes to its safety. There are some nuances to this story that need to be captured.

Introduction – What is Google?

Google Inc. (GOOGL), serves as the previous name for Alphabet Inc., a technology conglomerate that is responsible for the supervision of a wide range of businesses. These include the world’s biggest internet browser and advertising offering, the streaming platform YouTube, an Android mobile operating system, cloud storage offerings in addition to a number of growth-oriented ventures.

Based out of California, this company is responsible for processing search requests that surpass billions on a daily basis and is one of the most recognizable private companies on a global level. While it has interests in varied internet-focused arenas ranging from social media and robotics to email and video analytics, Google advertising are the main driver for its sales and earnings. Google Advertising consist of 1) revenues  generated  on  Google  search  properties and  other  Google  owned  and  operated  properties  like  Gmail,  Google  Maps,  and Google  Play, 2)revenues  generated  on  YouTube  properties;  and 3) revenues  generated  on  Google  Network  Members' properties  participating  in  AdMob,  AdSense,  and  Google  Ad  Manager. Google  Services'  core  products  and  platforms  include  Android,  Chrome,  Gmail,  Google  Drive,  Google Maps,  Google  Photos,  Google  Play,  Search,  and  YouTube.

Recognized as one of the most successful stocks of this century, its share price has soared from USD 50 in August 2004 to acquire a USD 1,125 (Class A) valuation in 2019. Although the company does not pay dividends, investors of all kinds have gravitated towards the company and helped it acquire its USD 660 billion status.

Things to Consider Prior To Deciding to Invest in Google

Those seeking to invest in Google must consider the following factors.

Google features two ticker symbols on its listings on NASDAQ. They are GOOGL in case of its A shares and GOOG in case of its C shares. Its B shares are held by the company’s co-founders, the company chair along with a handful of directors. These shares aren’t meant for trading via the public route.

April 2014 saw the company split its stock which resulted in the creation of A & C shares. This allowed the company to double its shares and reduce the price of each share. The difference between the two types of shares is that while Class A shares have a single vote per share, Class C shares don’t have any. Class B shares on the other hand have 10 votes per share entitling their shareholders the most voting power.

Google permits investors to purchase big shares of its equity without handing over too much control. Those who seek to invest in Google and want to vote at its shareholder meetings should seek to acquire A shares.

A holding company called Alphabet was launched by Google in 2015 and now went by the slogan “Do the right thing” as opposed to “don’t be evil”. This reorganization was one of several changes and their impact has yet to be discerned in terms of how well Google transitions.

Stocks that are capable of holding onto their competitive advantage are viewed as safe bets and have moats. To understand a moat, consider Coca Cola whose name is iconic among its consumers. In the same vein, Google occupies a moat with reference to the internet. This is relevant considering the rapid pace of change and constant competition on the internet where anyone can create a competitive offering. Google, however, has managed to acquire and retain its dominance by ensuring it provides superior results in faster time frames than its competitors.

Its market share has also been solidified by its Chrome browser and its operating system called Android. Further, it pays Apple such that it is the default search engine on its mobiles.

Google receives over 3.5 billion searches on its browser each day. Each of these creates a small revenue for the company as it sells ads against each of the results it provides its users with. 75 per cent of the internet search market is held by Google who coincidentally also conducts 85 per cent of mobile searches.

These searches can be recognized as a major source of profit for the company allowing it to be a good investment in terms of safety. To be precise, 90 per cent of its earnings and revenue are derived from this. These funds are channelled towards projects that the company hopes will generate profits in the same manner in the future.

Google holds control of a massive war chest and has a high borrowing capacity that permits it to buy any competitors prior to them becoming a threat. Each of these advantages places the company in a better position than its smaller rivals. It is able to remain competitive and withstand stress brought on by economic weakness.

Google has been able to withstand the stress that accompanied the great recession of 2007-2008 that many companies succumbed to. While its stock did experience a major hit, once the markets recovered and the economy began to grow, Google was able to recover all of its losses within a span of 3 years. The company’s beta amounts to 1.03 which is far lower than its competitors whose beta averages to 1.6.

Despite the pros of the company, Google does face challenges. Regulations imposed by governments include one of them. Next, if the company continues to grow, it could face problems of scale. The company may find itself unable to create more earnings that are consistent via traditional routes which means investors then hold onto dwindling multiples.

Investment decisions must always be made with careful consideration.

Q3. What share types does Google offer the public?
A3. Google has 2 types of shares that are publicly traded on NASDAQ – class A shares (GOOGL) and class C shares (GOOG). Class B shares are privately held and not traded.