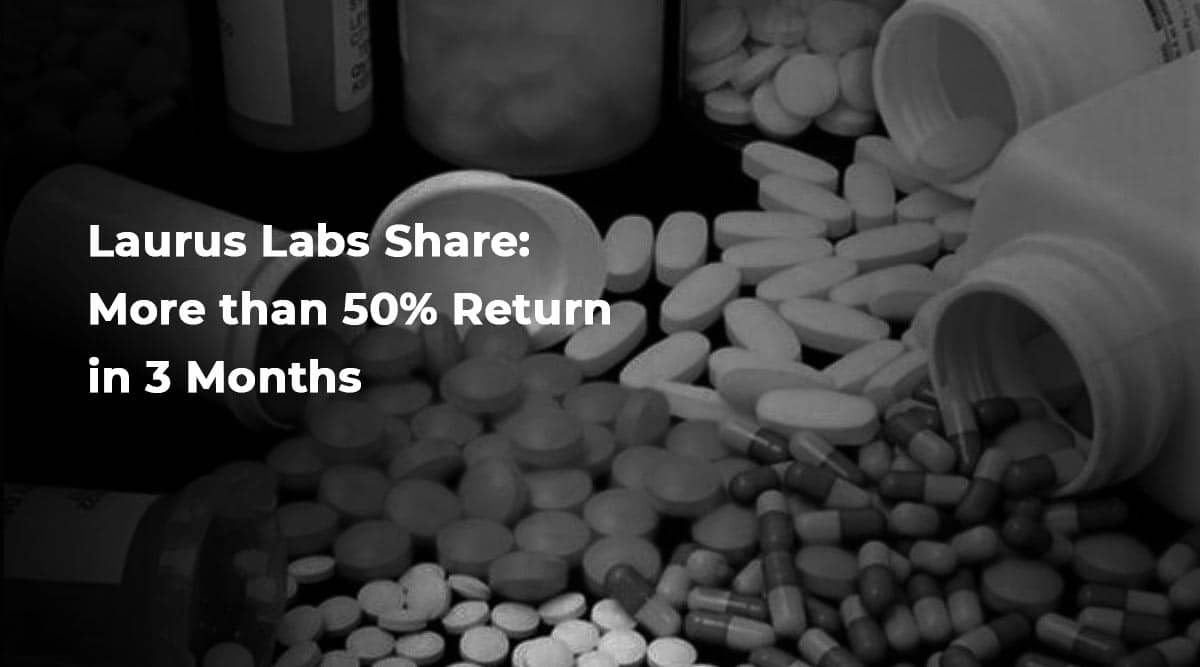 Shares of pharmaceutical and biotech company Laurus Labs have continued to surge upwards and have hit a new high amounting to INR 599 per share on the Bombay Stock Exchange as of Tuesday keeping in mind intra-day trading patterns.

This high amounts to a 5 percent increase which is eye-catching as the market has otherwise been pretty subdued. This is the eighth consecutive trading day that has witnessed a consecutive rise in the price of the stock of Laurus Labs. This falls in sharp contrast to the S&P BSE Sensex which was down 01.7 percent and held 52,237 points at 10:10 AM the same day.

Headquartered in Hyderabad, Laurus Labs is at the forefront of research-driven pharmaceutical manufacturing taking place in the country today. It manufactures a wide range of medical products including an active pharmaceutical ingredient (or API) which is used for gastroenterological, anti-asthma related, antidiabetic, cardiovascular, and oncology-related purposes. Laurus Labs is taking advantage of the opportunities for growth available to formulation manufacturing services in leading markets situated in North America and Europe in addition to those present in low- and middle-income countries (or LMIC).

Growth opportunities that Laurus Labs has been taking advantage of include those pertaining to contract development and manufacturing (or CDM) with the aid of its synthesis business. A large chunk of Laurus Labs’ manufacturing facilities have the approval of leading regulatory authorities including but not limited to WHO based out of Geneva, UK’s MHRA, and America’s FDA.

Laurus Labs has under its umbrella a team of over 3000 individuals who are geared towards expanding the frontiers of chemistry such that new cures can be developed while building a profitable business operation. Laurus Labs team is made up of a wide range of professionals that include research scientists, those involved in manufacturing and management in addition to veterans within the pharmaceutical industry.

Since April, Laurus Labs has consistently stayed ahead of the curve on the market and has surged by 73 percent following the company’s promoters releasing a large number of the pledged shares by selling the shares that they held. This stands in sharp contrast to the S&P on the BSE Sensex which was up 3.7 percent for the same time frame.

Information pertaining to the shareholding pattern highlights only 1.15 percent of the total promoters’ holdings being pledged as of March 31 this year. This can be set against the holding pledged at the conclusion of the December 2020 quarter which amounted to 15.76 percent.

The founder and promoter holding the positions of CEO & ED, Dr. Satyanarayana Chava of Laurus Labs and Nagarani Chava, one of the key promoters in charge, collectively sold shares amounting to 7 million in number to the tune of INR 258 crores via the open market on March 4 this year.

In addition to this, the management responsible has outlined a CAPEX amounting to INR 1,500 Crores which is applicable over the next two years. Of this 50 percent is to be invested in the active pharmaceutical ingredient or API industry, 30 percent is to be directed towards the finished dosage forms (or FDF) industry and 20 percent is to be funneled towards the contract development and manufacturing organization (CDMO) segment.

Laurus Labs maintains confidence in terms of accruing a 30 percent EBITDA margin for the financial year 2022. Details pertaining to debottlenecking within the fixed dosage formulations (or FDF) have been dealt with as of March this year and the commercial benefits from the same are expected to deliver within the first half of 2022’s financial year. New manufacturing blocks are expected to be commercialized by September this year.

Laurus Labs seeks to add capacity to cater to non-antiretroviral (or ARV) active pharmaceutical ingredient products which are expected to be commercially accessible by the end of 2022’s financial year. This implies meaningful growth is likely following 2023’s financial year. Following 2023’s financial year, Laurus Labs is likely to witness growth and expansion within the synthesis business which contributes 11 percent of its sales. Moreover, this is expected to surpass growth within the active pharmaceutical ingredient / fixed dosage formulations segment, keeping in mind active projects and the added capacity.

Analysts believe that Laurus Labs is likely to remain victorious owing to its superior capabilities within the antiretroviral sphere. This interspersed with its superior knowledge of chemistry which governs the contract development and manufacturing organization set up and their addition of molecules to the other API segment is beneficial. Laurus Labs also stands to be cost-efficient in its operations which will continue to enhance its profits. It has created new levels within the contract development and manufacturing organization (CDMO) segment with the aid of Laurus Bio.

As per Laurus Labs website, it provides consumers with affordable and high-quality APIs that have been manufactured keeping in mind the highest good manufacturing practice standards. Their innovative FDFs have been made possible with the aid of world-class research endeavors. Their website also highlights their use of natural and nature-identical ingredients that are employed to enhance overall well-being.

What makes Laurus Labs stand out is its commitment to transparency and integrity. These values have helped it attract the best in its field and have helped it secure the trust of its stakeholders. Owing to the fact that Laurus Labs operates within a sector that is extremely regulated, it has adopted a high-watermark approach to compliance such that it can surpass the requirements set forth by international standards.

Q1. What industry does Laurus Labs operate within?

Q2. Why do analysts think Laurus Labs is likely to be successful in the long run?

A2.  Analysts believe that Laurus Labs is likely to remain successful due to its superior capabilities within the antiretroviral sphere.

Q3. What is API and why is it important?

A3. Active pharmaceutical ingredient (or API) is a medical product that is used for gastroenterological, anti-asthma-related, antidiabetic, cardiovascular, and oncology-related purposes.