LIC IPO: All we Know So Far 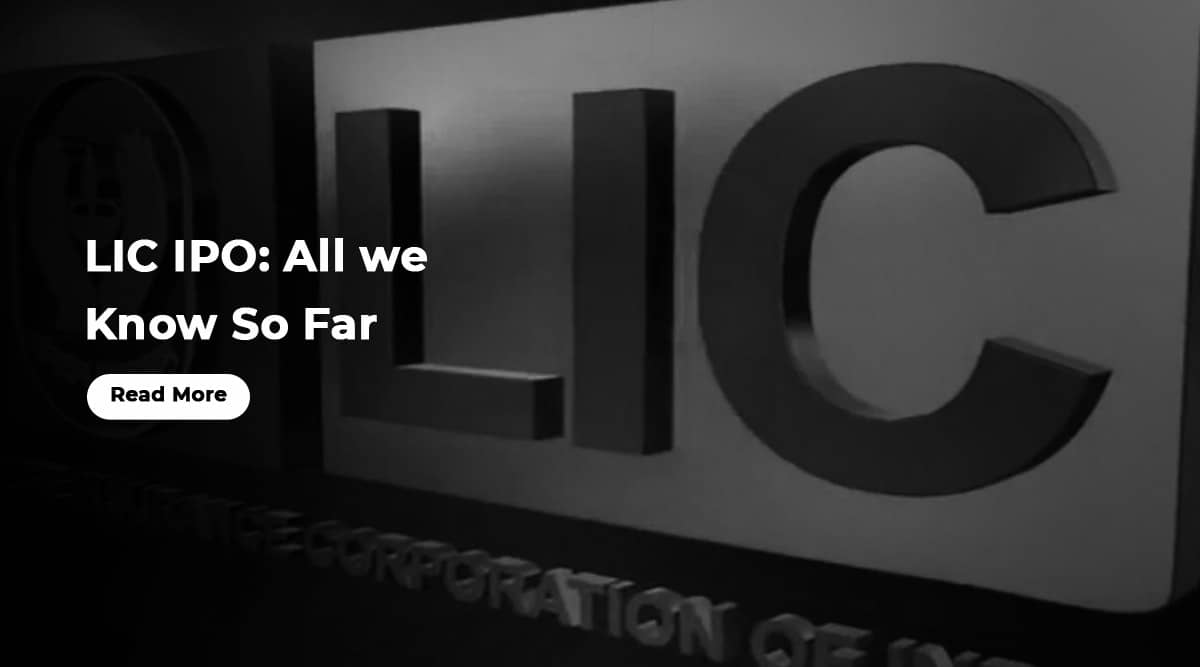 While investors await the Life Insurance Corporation's mammoth public offering mostly happening this financial year, why do experts think the IPO has potential, and what hurdles does LIC face? A roundup of all the info we know so far.

For the uninitiated, initial public offerings or IPOs pave the way for private corporations to raise capital by issuing new stock that is made available to the public. This capital can be used to aid expansion projects and growth.

Set against this backdrop, the Life Insurance Corporation (or LIC) is set to launch an IPO which is anticipated to be most well received. Given the vast scope of LIC as a company, it is no surprise that investors are keen to understand what the underlying value of LIC is along with its new business operations.

Despite the fact that the finer workings of this IPO are yet to be ironed out, investors are eager to get their hands on more information. Read on to learn some pertinent information pertaining to LIC’s IPO.

Plans for the LIC IPO

Presently the government anticipates completing the insurance giant’s IPO in the current fiscal year with a tentative date falling in March 2022. Although the official date hasn’t been announced, the Government has made clear its desire to make a decision once it finishes with disinvestment dealings pertaining to three alternative public sector undertakings (or PSUs).

The PSUs in question - Rashtriya Chemical and Fertilisers, Mishra Dhatu Nigam and National Fertilisers – are set to be divested with an offer for sale (or OFS) in the following quarter, preceding the LIC IPO.

The Union Cabinet made the express decision to approve the disinvestment of LICs equity. Keeping this in mind, merchant bankers are set to be appointed such that the IPO can be launched. Nirmala Sitharaman, the country’s current Finance Minister will be leading a panel that will be responsible for deciding the size of the share sale.

The LIC IPO will be in line with the LIC Act of 1956 which implies that it will follow the protocol followed by all other listed companies. Governed by the Companies Act along with the Markets Regulator Act, LIC’s IPO will need to furnish a quarterly balance sheet that indicates the corporation’s profit or loss figures. Major developments which occurred within LIC will also need to be disclosed to the public.

Keeping in mind the amended rules made by the market’s regulator, companies having a valuation of more than INR 1 Lakh Crore are entitled to avail of an IPO amounting to 5 per cent of their total value.

Arijit Basu, the previous managing director of the State Bank of India has been appointed to serve as a consultant who will help aid the launch of the IPO.

Following the IPOs launch, approximately 60 percent of the operations of the insurance business will fall under listed companies.

Presently 18 investment banks are vying to be responsible for LIC’s IPO including but not limited to domestic banks ranging from Kotak Mahindra Capital to IIFL. Foreign investment banks are equally hot on the trail and eager to hold this position. Goldman Sachs and JPMorgan are some of the many hopefuls.

10 banks are set to be selected for this IPO and will be chosen in accordance with a number of factors being taken into account. These factors consider the previous ways in which said banks have handled IPOs worth more than INR 50 billion, the qualifications of staff appointed for the same and global distribution strategies among others.

Pricing - Keeping in mind the major dip that followed the IPO listings of both, General Insurance Corporation of India and New India Insurance in 2017, determining the price of LIC’s IPO is of paramount importance.

Reservations - The Indian government has reserved 10 percent of the issue size of the IPO for LIC policyholders. Furthermore, potential discounts might be available on floor prices to said policyholders who hold 289 million insurance policies.

Splitting the IPO – It is possible that LIC might divide its IPO whose halves will be spread across a few months. A pre-IPO placement, however, will not be available as per a statement by the Government. Since the IPO is so vast, there’s a belief that the market won’t have the ability to absorb it in one fell swoop.

The Life Insurance Corporation of India presently boasts an INR 31 Lakh Crore balance sheet and serves as the country’s second-largest financial services institution. Keeping in mind its INR 31 trillion assets under management, its IPO is likely to be most viable.

Q3. What does IPO stand for?
A3. IPO stands for initial public offering.