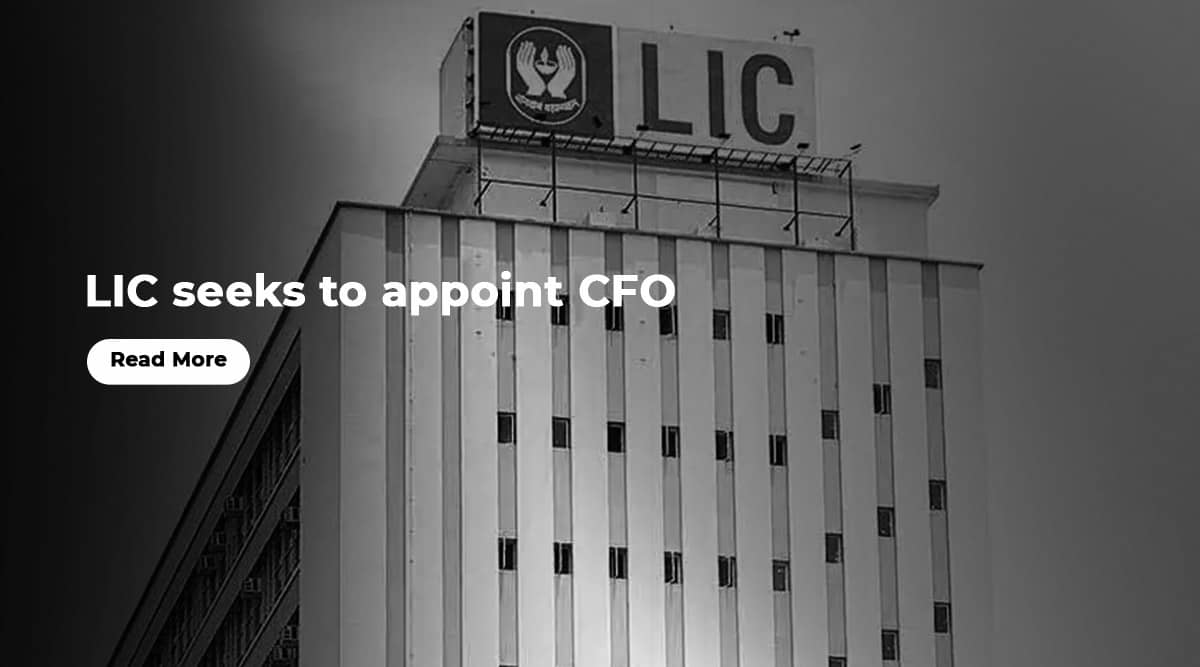 According to a notice on its website, the state-owned Life Insurance Corporation of India (LIC) is looking for a Chief Financial Officer ahead of an initial public offering scheduled for the end of the fiscal year. Here is the full story!

The Life Insurance Corporation of India (or LIC) serves as the country’s sole government-owned insurance company. Having been founded in 1956, it came into existence via the merging of approximately 245 insurance companies. Right up to the 1990s, LIC was able to dominate the insurance space, following which the government paved the way for the private insurance sector.

Presently, LIC has approximately 2048 branches spread across the country. Their most recent annual report indicates the presence of 8 zonal offices. These are located in Bhopal, Chennai, Delhi, Hyderabad, Kanpur, Kolkata, Mumbai and Patna. In addition to zonal offices and branch offices, LIC boasts 113 divisional offices, 1526 satellite offices and 1178 mini offices.

Examining the Need for a CFO

Set against the backdrop of several offices and a vast presence in the country, it is no surprise, therefore, that the state-backed corporation is now on the hunt for a chief financial officer. This notification was first made clear on the insurance company’s website prior to its initial public offering, which is geared to kick in prior to the end of the financial year.

The decision to hire a CFO has been made following LIC’s decision to redesignate its most high-ranking job from chairman to chief executive officer.

LIC presently has its value be determined to get its initial public offering (or IPO) up and running. This IPO has the potential to be one of the country’s biggest IPO’s as the government hopes to secure INR 900 billion via this issue. It will involve the sale of a 5 to 10 per cent stake of the company by the end of the fiscal year, which carries on to March 2022.

The Indian government recently authorized ten investment banks, including but not limited to SBI Capital Market, Citigroup and Goldman Sachs, to overlook the offering.

When examining the strengths and shortcomings of LIC, the following become apparent.

There is a homogenous presence of LIC agents spread across the company’s extensive network. As per the Life Insurance Council, these agents amounted to 13.53 Lakhs as of March 31, 2020. This falls in direct contrast to 11.01 lakh agents collectively held by over 20 private life insurers.

As per the annual report published by the company for 2019-2020, LIC held a market share of approximately 69 per cent of the life insurance space.

Presently LIC has over 1.14 Lakh employees and has foreign branches located in Fiji, Mauritius and the United Kingdom.

Private sector insurance providers serve as competitors as their offerings can, in some instances, be considered superior to those on offer by LIC.

As a public sector undertaking, LIC has a number of restrictions within which it must operate.

Internal policies pertaining to fiscal and monetary policy changes in India may need to be incorporated by the company in the near future.

Although there presently isn’t a clearly defined date by which their IPO will be made available, there is a hype surrounding its scope. The new chief financial officer is set to be appointed prior to this taking place.