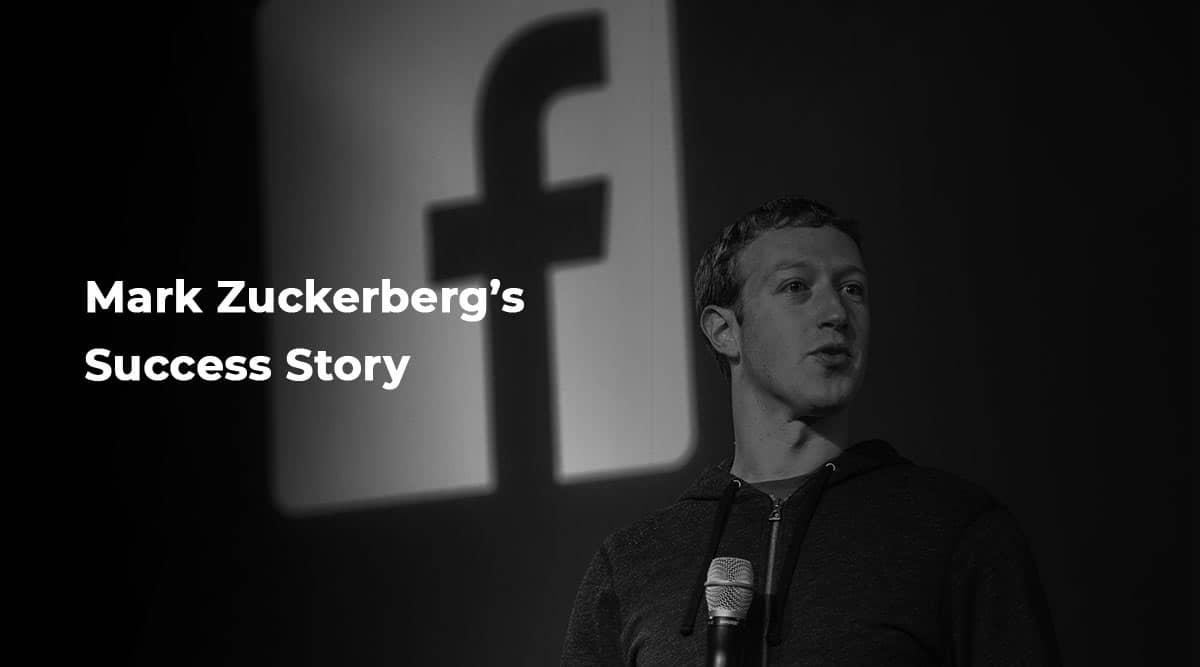 Understand the Mark Zuckerberg story and take a look at how Meta (formerly Facebook) has transformed over the years.

If you’ve ever used social media, it’s more than likely that you’ve heard about Facebook. The man behind Meta (previously Facebook) who’s responsible for co-founding it in 2004, is Mark Zuckerburg. This self-taught computer programmer serves as the tech giant’s CEO. In the third quarter of 2020,  the social media giant reported 2.74 billion monthly active users. December 2020 saw Mark Zuckerburg report USD 100 billion as his net worth.

Mark Zuckerburg was born on May 14, 1984 in White Plains, New York. From an early age, he displayed an affinity for computers. He went on to learn BASIC programming language at a college close to home and by age 12 he had created an instant messaging application that his father employed in his office.

Zuckerburg enrolled at Harvard University but dropped out in his second year as he chose to work on developing Facebook. Facebook grew out of two previous platforms he created which were FaceMash and HarvardConnection.com respectively. While the former served as a website that ranked Harvard students in accordance with their attractiveness, the latter served as an online platform for social networking.

2004 saw Zuckerburg sued by credited founders of HarvardConnection.Com i.e., Cameron and Tyler Winklevoss and Divya Narendra as they felt he stole intellectual property from their website. This was ironed out with a multi-million-dollar settlement paid out in cash as well as stock options in 2008. The Winklevoss twins sought to reinitiate this lawsuit in 2011 however the courts didn’t let them proceed.

Mid-2005 saw Facebook raise USD 12.7 million via venture capital and used these funds to expand its access to cover several hundred universities and high schools. By 2006 the company opened up to the general public and Yahoo! proposed to buy it out for USD 1 billion. This bid was rejected fairly quickly by Mark Zuckerburg.

Fast-forward to 2012 when Facebook launched its IPO which went on to be the most successful internet IPO ever as it raised USD 16 billion. This was an eventful year for Zuckerburg and Facebook as the company acquired Instagram and Zuckerburg married his wife the day after his IPO hit the market.

In December 2015, Zuckerburg and his wife Priscilla Chan published a public letter addressed to their daughter Max. Here they made clear what the intentions of the Chan Zuckerburg Initiative would be. A special focus on advancing human potential and promoting equal opportunity for the next generation of children was made clear here. Areas that would be paid attention to include but aren’t limited to building strong communities, connecting people, curing disease and providing personalized learning. This letter also outlined the couple’s desire to give 99 per cent of their Facebook shares – then valued at USD 45 billion – over the course of their lives to advance this mission.

For a long time now – maybe even since its inception - Meta has been accused of gathering and selling its users’ personal data, posts, and instant messages. These accusations gained momentum soon after the American presidential elections in 2016. Some accusers felt that the company had featured target ads which were used to influence American voters and that these ads had been sponsored by Russia.

March 2018 saw several media outlets publish reports on Cambridge Analytica, a British political consulting firm, that had paid an external researcher to gather data on 50 million Facebook users without their consent. As per The New York Times, this information would be used by Cambridge Analytica to carry out its “psychographic modelling” such that it could ascertain voter attitudes and potentially influence election outcomes.

A month later Facebook stated that information pertaining to 87 million users had been incorrectly shared with the UK-based political consulting company and not 50 million as previously reported.

Towards the end of the same month (i.e., April 2018) Mark Zuckerburg was required to testify in front of America’s House and Senate committees owing to Facebook’s usage of consumer data. Here, Zuckerburg pointed out how Facebook had helped connect people during #MeToo and other disasters. He also went on to point out that he and Facebook learnt of Cambridge Analytica’s involvement via the news like everyone else did. He stated that Facebook sought to take necessary actions to prevent this sort of incident from arising in the future.

Mark Zuckerburg has definitely paved the way forward for social media platforms and has changed the digital space. Under his helm, Meta has gone on to acquire several companies ranging from Instagram and WhatsApp to Oculus VR. The Mark Zuckerburg success story showcases how early interest in a given field can see itself transform into global domination if encouraged.