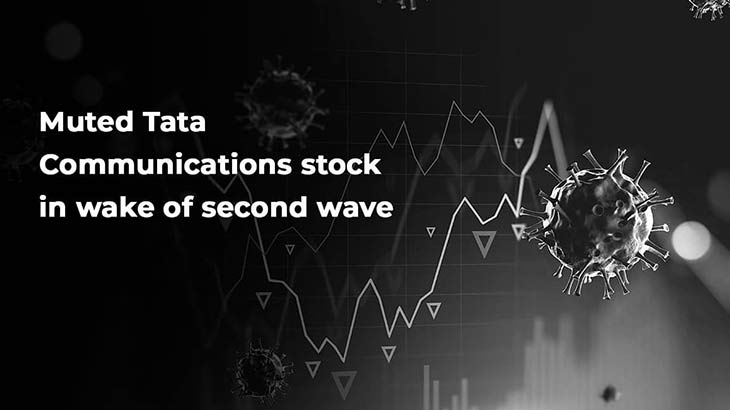 There is a meme going around that says: Sneezes went from “Bless you” to “To hell with you” real soon.

This is very true because it isn’t uncommon to see people cringe (either inwardly or outwardly  depending on their level of poker-face abilities) if someone happens to sneeze in public. The sneezer in question could simply have pollen allergies but even the sneezer himself probably does not blame passersby for fearing that he might be carrying the Covid-19 virus. Basically, any sneeze or throat clearing is blamed on Covid-19.

This might be happening with some stocks too. Their performance might have been in decline prior to the second wave of the pandemic (very much like the sneezer probably had pollen allergies long before anyone had heard of the word pandemic). However, because the decline in the stock price happens to coincide with a general decline in stock prices on account of the second wave of Covid-19, there is a chance that the pandemic is being assigned undue credit for the falling stock price.

One such example is the Tata Communications stock. Can its decline be blamed entirely on the second wave of the pandemic and corresponding lockdown curbs? Let’s trace its journey over the last year or so to get an actual picture.

The iconic rise of the Tata Communications stock

During 2020, the Tata Communications stock price rose tremendously. Experts place the growth of the stock price during that period at over 150%. This is not only astounding in itself, but the growth percentage beat the Nifty 50 benchmark – which stood at 18% - by nearly 10 times!

A closer look at its stock price graph will deliver a clear picture. Stock prices were on an upward trend until mid-January this year when the government announced that it would be selling its pending stake (that is the stock that it currently holds) in Tata Communications. The stock price started to fall at this point, rising very steeply and very briefly in the weeks prior to the government OFS, and then falling steeply after. When you look at it through this lens, you might immediately start to wonder how much credit the second wave of the pandemic actually deserves for the price decline.

Here are some points to consider:

Further decline in wake of the second wave:

Would it then be fair to say that the second wave of the pandemic has not had any effect on the Tata Communications stock price? No, that would also be untrue. However, the effects of the second wave of Covid-19 began to become apparent one might say around April – over the last month, Tata Communications’ stock price has certainly not picked up to its earlier levels but has plateaued out. One might ascribe this inability to bounce back to the pandemic. However, it would also be pushing it to say that with certainty that the current leveling out in growth is because of this reason.

The 52-week low of the stock is at about Rs 400 and its 52-week high stands at nearly Rs 1,400.  In terms of historical figures, some might find this to be encouraging especially because the price has varied between a little over Rs 1000 and about Rs 1400 since January this year.  Additionally, investors might want to look at market capitalization and PE ratio which stand at 309.53B and 24.74 respectively to judge whether they should buy the stock or hold on to it if they have already bought it.

Remember to also observe company financials to evaluate the worthiness of a given stock – in this case Tata Communications. You want to look at balance sheets, P&L statements, quarterly reports and annual reports. Also compare the company’s potential growth trajectory with your investment horizon. Speaking of the second wave of the pandemic – investors should ensure that they have a steady income and must always invest in the stock market with spare capital only. The idea of using spare capital for your investments is to avoid ever having to sell stocks when the price is low, or even when it is not high enough. For most amateur investors, long-term investment in stocks is seen as the best route to beating the volatility in the stock market. Therefore, invest with spare capital. Lastly, everyone can invest, irrespective of age, gender or occupation. But of course, pay heed to the precautions we have suggested above and definitely get your investor education on! Start your investment journey with Angel Broking. You can download our mobile app for free and trade on-the-go. And of course, you can educate yourself with blogs like this one, or even podcasts or videos if you prefer to listen/watch.