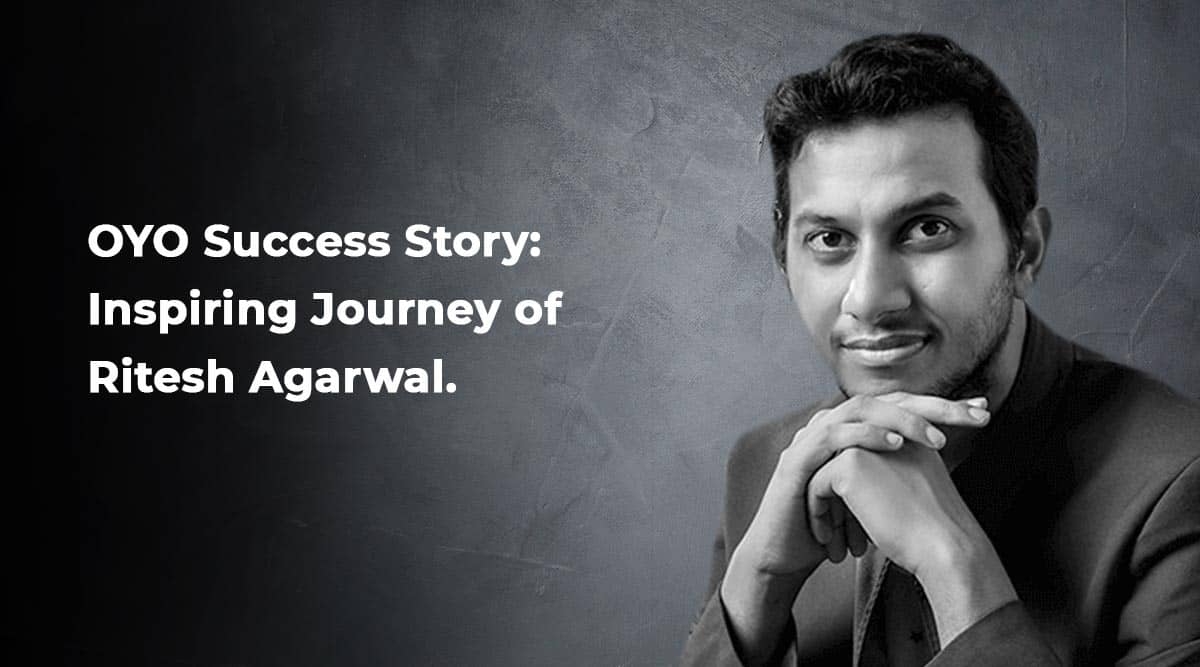 OYO serves to be one of the most well recognized and successful startups the country has produced and holds rank as the largest budget hotel chain.

With over 23,000 hotels under its belt, 8,50,000 rooms, and 46,000 vacation homes located across the world it has definitely made its mark on the travel landscape. Under the OYO model, rather than the hotels being owned, certain hotels are tethered to the business which acquires a certain number of rooms that are then provided to customers seeking to avail of the services that OYO provides. The primary aim of OYO lies in its standardizing hotels that fall in the realm of the non-branded hospitality domain. The success of OYO can be attributed to its ability to resolve the previously existing issues associated with discovering budget hotels that were affordable, clean, and available in tier-1 and tier-2 cities spread across the country.

The Man Behind OYO – Ritesh Agarwal

27-year-old Ritesh Agarwal is the man behind the successful budget hotel leased spaces. He  founded the company in 2013. Despite his humble beginnings in a small town in Odisha, Agarwal has managed to attain considerable success. That being said, his climb to the top was not unaccompanied by hurdles. This is owed to the fact that his idea was unconventional when applied to a country like India.

Ritesh Agarwal’s success can be understood to be possible owing to the fact that he was able to understand the general needs the market faced and created something that was much desired by the masses. Acquiring funding for his business operations was not easy. Today, however, entrepreneurs are likely to have an easier time obtaining capital via an online loan broker or sharing their thoughts online and garnering support via crowdfunding.

The OYO success story was made possible due to Ritesh Agarwal’s vision for his company and his determination to persevere and strive for greatness. Read on to learn some interesting facts about the man himself.

He dropped out of college – Although Ritesh was enrolled in a program at the Indian School of Business and Finance, his entrepreneurial dreams surpassed his academic ones and he abandoned ship mid-way through his undergraduate program. While he made this decision after a fair deal of hesitation, he recognized that he would have to make some tough choices in order to turn his dreams into reality.

OYO was preceded by Oravel – Ritesh Agarwal had partaken in a fair deal of traveling across the country and prior to creating OYO, he recognized the issues that pertained to budget hotels. At the age of 17, he chose to launch Oravel Travels which was based on the Airbnb setup. Later on, he modified his original plan and Oravel transformed into OYO rooms. Other than issues pertaining to availability, budget hotels faced a number of hurdles which he planned to address with OYO.

Thiel Fellowship Recipient – Ritesh Agarwal is the only Asian resident to have been awarded the Thiel fellowship. For those unfamiliar with the same, the Thiel Fellowship is designed by Peter Thiel who was responsible for founding PayPal. Winning this fellowship meant that Agarwal was the recipient of USD 100,000 which he directed towards his start-up.

Ritesh Agarwal’s Accomplishments – Despite being only 27 years old, Agarwal has a slew of accomplishments that include but aren’t limited to the following. He has been mentioned under Forbes “30 under 30” under their consumer tech sector listing. He was mentioned under the 50 entrepreneurs list released in 2013 by TATA First Dot powered by NEN awards. In 2014 he received the TiE- Lumis Entrepreneurial Excellence award. He has also been the recipient of the business world young entrepreneur award.

Ritesh Agarwal Beyond OYO – Ritesh Agarwal has had his nose to the grind from a very young age. His book titled ‘A Complete Encyclopedia of the Top 100 Engineering Colleges’ was published and went on to be a bestseller when Ritesh was in school. He began coding at the age of 8 and by the time he was 16 he was one of 240 students who were selected to be a part of the Asian camp that took place at the Tata Institute of Fundamental Research. In 2014, he was chosen to speak at the Think EDU panel and was the youngest speaker selected. Additionally, he is often present at VCCircle events.

Ritesh Agarwal’s story is one of perseverance, commitment, and not losing sight of the big picture. OYO rooms presently hold court as one of the country’s most successful startups and have resolved issues pertaining to discovering affordable, clean, and accessible budget hotels across the country, not to mention the globe.

Q1. How old is Ritesh Agarwal?

Q2. When was OYO founded?

Q3. Does Ritesh Agarwal have any books published under his name?

A3. Yes, Ritesh Agarwal has published a book titled ‘A Complete Encyclopedia of the Top 100 Engineering Colleges’ which went on to become a bestseller.

Q4. What is Ritesh Agarwal’s net worth?

A4. Ritesh Agarwal’s net worth amounted to INR 7253 crore which amounts to approximately USD 1.1 billion in 2020.