Ratan Tata: An Inspirational Success Story Based on Humanity & Ethics 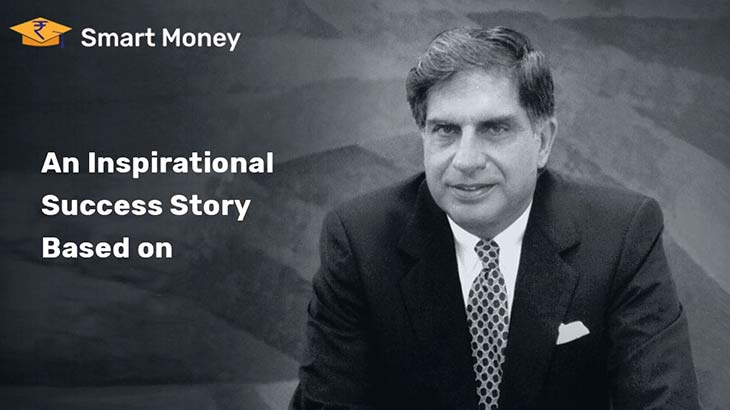 Ratan Tata is a name that immediately draws recognition from all. The tata group scion has earned reverence not only as a successful industrialist but as a great human being and philanthropist.

Recognised as the best chairman in India, he has always put social and employee welfare above commercial gains. At 73, he heads one of India’s largest conglomerates, which comprises nearly 100 firms, totalling a revenue earning of USD 67 billion.

He became the chairman of Tata Sons in 1990 and then again as interim chairman in 2016. During his tenure Tata Group reached to great heights – its revenue grew 40 times, and profit grew 50 times. Let’s look at his life story and try to learn a chapter or two from his book.

Ratan Tata was born to one of India’s most prosperous industrialist families in Mumbai in 1937. His grandfather Jamsedji Tata was the founder of Tata Group, who pioneered industrialisation in India after independence. Tata went to Cornell University in the US to study architecture and structural engineering and later pursued a management course from Harvard University.

Despite being the future chairman of Tata Group, he started his career at the root level working alongside blue-collar employees in Tata Steel Division. In 1971, Tata was appointed the Director-in-Charge of the National Radio and Electronics Company Limited (NELCO), which was in a dire need for a revival and turned it around.

In 1990 he took the helm of Tata Group and ushered an array of reforms to modernised group’s business methods to compete successfully in the new era. During his time, he brought all Tata companies under the one umbrella, acquired several comply produced car ‘Indica’ and first compact car ‘Nano’. Nano is the most economically produced car in the world was the brainchild of Tata who got concerned about the safety of nuclear families travelling in two-wheelers.

Ratan Naval Tata, who recently turned 84, helmed the Tata Group as its Chairman till his retirement in 2012, followed by a stint as interim chairman in 2017. The industrialist has been the recipient of the Padma Bhushan and the Padma Vibhushan, two of the highest awards instituted by the Indian government.

One of the biggest achievements of Ratan Tata was to make the Tata brand go global, with acquisitions such as Tetley Tea, Daewoo Motors’ truck manufacturing arm and Jaguar Land Rover apart from Corus Group.

The IT services firm, TCS, went public in 2004 during Ratan Tata’s stewardship. It was during Ratan Tata’s tenure that Tata Motors, the auto firm, was listed on New York’s stock exchange A feather in Tata’s cap has been his contribution to India’s auto sector with the Group going on to make a true-blue Indian brand, the Indica, followed by the Nano, which was his own brainchild. During his stint, the Tata Group’s revenues ballooned more than 40 times and its profits by more than 50 times.

How did Ratan Tata deal with challenges?

A big challenge Ratan Tata faced was when he met the Ford leadership to sell the Tata Group’s car business. The deal didn’t come through but Tata worked towards boosting the auto business. In 2008, nine years later, when Ford was on the brink of bankruptcy, it was Tata who managed to seal the company’s Jaguar Land Rover acquisition for over $2 billion. Further testimony to his power to overcome challenges came during the 26/11 terror attacks when he led the efforts to help victims outside the Taj hotel. To quote his own words, “If you want to walk fast, walk alone. If you want to walk far, walk together.”

Be the change you wish to see

Living by the philosophy, Tata has always shown keenness in new ventures and potential technologies. He has made several small and big investments in several start-ups and next-gen technologies. He invested in bitcoin venture Abra along with American Express. Also, collaborated with a few Pune-based designers to steer a plan to provide clean drinking water to the marginalised section in rural areas. The result is Swach, an indigenously designed sub-1000 water purifier. Tata Motors has also rolled out the first batch of Tigor Electric Vehicle from its manufacturing plant in Sanand, Gujrat.

A True Leader in All Its Sense

Tata is a true embodiment of leadership, who always believed in putting a humane face before commercial gains. He is involved in numerous philanthropic activities providing quality life, education in rural India.

He has received great recognition in his lifetime. In 2000, the government of India decorated him with Padma Bhushan, and in 2008, he received Padma Vibhushan. Apart from that, he was awarded several international accolades including Honorary Doctorates from Ohio State University, University of Warwick, and Asian Institute of Technology, Bangkok.

His fortune stands at a staggering volume of GBP 300 million, but he owns less than 1 percent in the colossal conglomerate of Tata Groups. Majority of Tata Group shares are owned by several charitable trusts that finance several philanthropic activities.