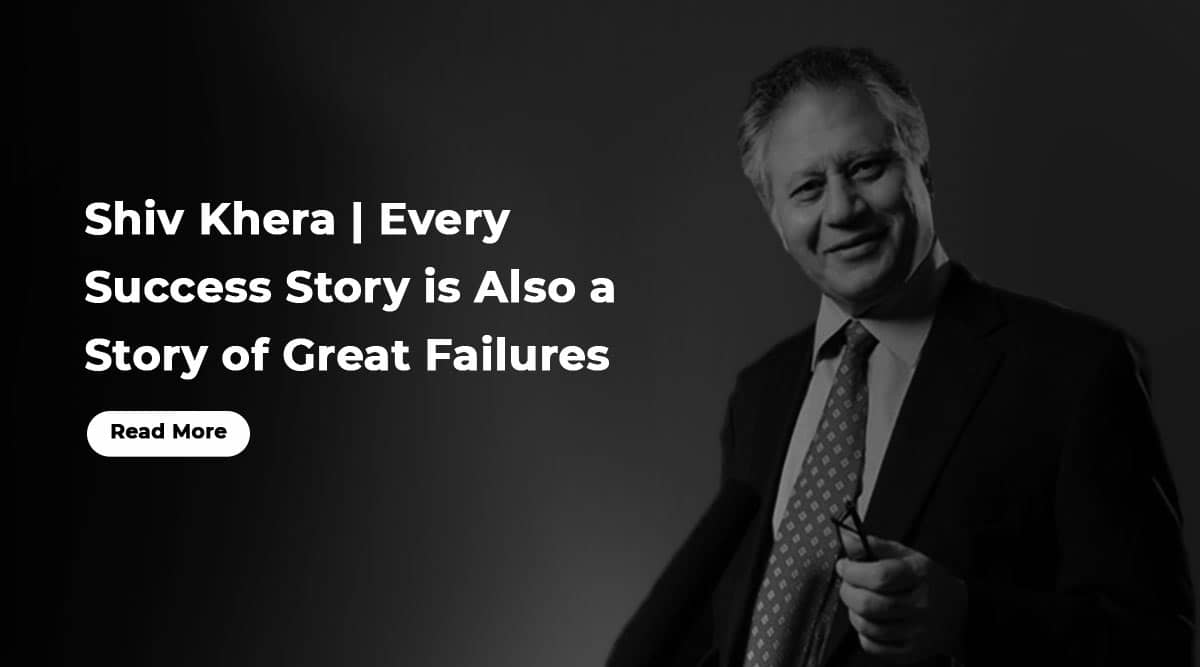 Shiv Khera’s motivational speaking has inspired the masses. Check out his life story and learn why it makes for a compelling case that outlines the power of positive thinking.

Shiv Khera is a man of many talents that range from writing to public speaking. As a motivational speaker, he has been able to relay to his audiences the fact that it is possible to achieve almost anything provided you psych yourself up with positive thinking. His life is a testament to this very statement as his own success wasn’t easy in the making. He succumbed to several setbacks and failures despite which he was able to make a name for himself. This is owed in large part to his ability to form bonds and use people skills to his advantage. Learn about his early failures and how he systematically went on to overcome each of them.

Shiv Khera was born into a business family in Dhanbad, Uttarakhand on August 13, 1961. Now, while the term “business family” might lead you to believe that he was born with a silver spoon in his mouth, this wasn’t the case for Mr Khera. Although his family happened to own coal mines in India, these mines went on to become nationalised and were taken over by the government. Almost overnight, the Khera family was rendered practically penniless, and Shiv Khera had to fend for himself and his family. His father had passed away a year prior to the family coal mines being seized and died leaving behind liabilities that Shiv was expected to take care of. Shiv, having got married a few weeks prior to having these unfortunate events transpire, was left with a new bride who soon got pregnant with Shiv’s daughter. With the bills piling up and the pressure mounting, Shiv tried his hand at three different business ventures that all went on to fail.

Khera chose to close shop in India and sought to explore greener ventures overseas. He left India on November 13, 1975, and arrived in Toronto where he washed cars in order to earn a living. While he pursued this for a year and a half, he eventually found himself selling insurance and was almost fired three months into the job owing to non-performance.

There were a few key moments that changed the course of Shiv’s life. One of these moments was when he attended a programme organised by Dr Norman Vincent Peale who wrote a book titled “The Power of Positive Thinking”. This was a key moment in his life as Shiv Khera realised that his perception of the world was incorrect. He had previously been blaming the world for his failures when he was missing the fact that he was in his own biggest problem. While things didn’t change on the outside, his attitude changed drastically. This attitudinal shift changed the course of Shiv Khera’s life. He soon went on to move to the United States and began three different business ventures. He also went on to collaborate with a California-based company in 1984. He began the New Jersey-based operations of this company with no clients but ultimately went on to sell it with nearly 500 clients.

A change in Shiv’s attitude also saw him viewing his previous insurance gig in a different light. While employed by the insurance company, he only earned commissions and would get paid only provided insurance policies were sold by him. During this time, he also happened to come across people who were being paid a salary while not really doing their job. This led him to understand that there existed a vast difference between making money and earning money. While the former didn’t necessarily require you to exert yourself, the latter did as it required you to put your ethics and energy behind it. Earning money was therefore far more rewarding.

Giving Back to Society

Once Shiv Khera began to see his personal, professional and social life change, he realised that it was important for him to begin giving back to society. He was tremendously grateful to have been given direction by someone in his life and now sought to give a sense of direction to others. He did so by volunteering in maximum security prisons located in the United States. The criminals he came into contact with weren’t small-timers but were hardened criminals who had committed serious offenses. Khera began to teach them self-esteem and attitude programmes and helped them change their perception of their lives. Given the success with which his knowledge was received, he went on to impart his learnings to the world. His clients today include but aren’t limited to Canon, Citibank, DHL, HP, Mercedes-Benz, Nestle, Tata Steel, Sanofi and Maruti Suzuki.

He firmly believes in the fact that rather than doing different things, winners do much of the same things as everyone else, they just happen to execute them differently.