Should You Invest in Cryptocurrency? 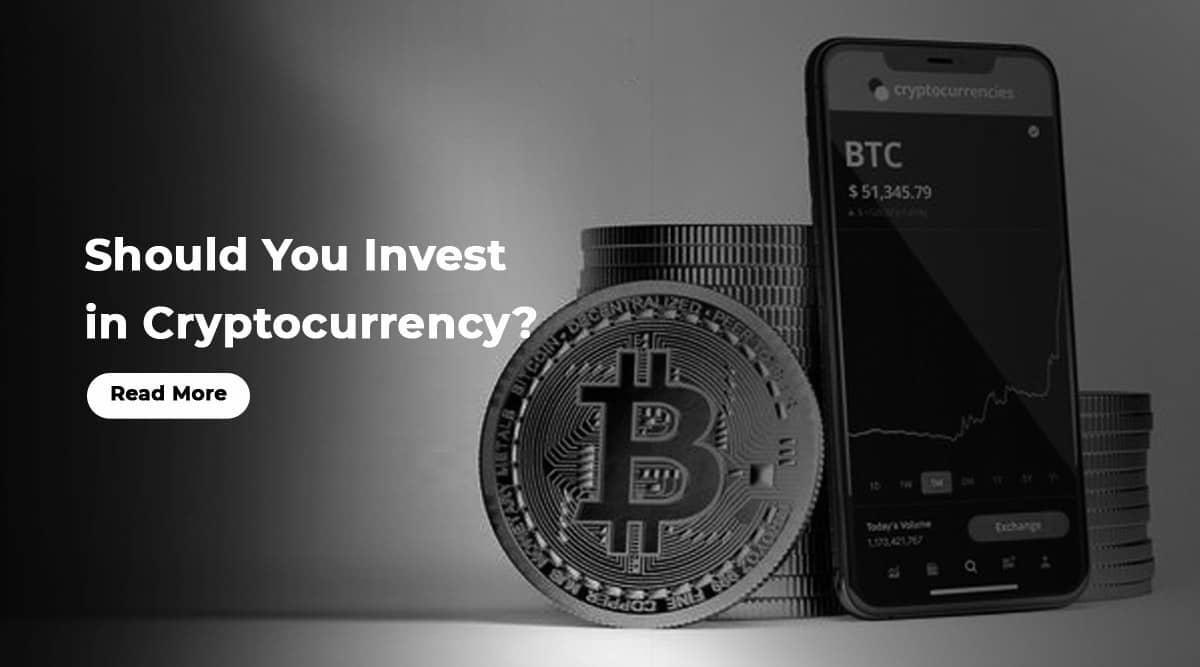 One of the most difficult things for investors to avoid when it comes to cryptocurrencies is getting caught up in the excitement. Digital currencies have swiftly become an important part of many individual investors' portfolios. Understand its nature better before investing in it.

Cryptocurrency has begun being invested in with much pomp and circumstance with young investors, in particular, displaying a keen interest in the virtual currency. Yet there exist a number of factors that ought to be taken into account prior to making the decision to invest in the same. Read on to understand what to consider before investing in cryptocurrency. First, though, it is important to understand what cryptocurrency is.

Cryptocurrency can be defined and understood to be a virtual currency that is secured with the aid of cryptography. This makes it almost impossible to duplicate the currency or double spend it. A large number of cryptocurrencies are reliant on blockchain technology which allows the currency to operate with a range of disparate computers operating under a single network.

What makes cryptocurrency stand out is the fact that most of its forms are not issued by a central authority. Consequently, they are, on a theoretical level, immune to interferences run by the government or any manipulation.

After considering these facts, it is important to understand whether or not cryptocurrency is worth safely investing in or not.

Cryptocurrency is presently understood to be an investment that brings with it high risks and potentially high rewards. Owing to the speculative nature of cryptocurrency, investments made are prone to more risks in comparison to stocks.

While stocks have showcased growth over long periods of time, cryptocurrency continues to be a relatively new addition to the world of investments and trade. Although it does have the potential to become a mainstream currency and gain significant use within society, there is no guarantee of this happening at the moment.

It is important to note that this doesn’t necessarily imply that cryptocurrency makes for a poor investment choice or that it shouldn’t be bought. If it does come to hold real-life utility it could potentially alter the world, and can prove to generate vast sources of income for those who invested in it at an early stage. That being said, it is of paramount importance to first assess your threshold for risk and the ability to tolerate the same prior to risking purchasing cryptocurrency.

In the same vein, cryptocurrency is known to be highly volatile. If you are an investor who knows they would lose sleep if your investments drastically fell in value, cryptocurrency might not be the right investment for you.

On the flip side, if you are an investor who is willing to incur a fair amount of risk in order to potentially earn vast rewards, cryptocurrencies might be the right form of investment for you. Prior to buying cryptocurrency, however, it is important to consider how to invest in it with caution.

Those who seek to invest in cryptocurrency must employ a strategic means of doing so. For starters, it is important to only invest money that can be realistically afforded to be lost. While there are never any guarantees with investments, cryptocurrency is known to carry greater risks than stocks. Owing to this fact it is important to avoid investing more money than you can afford.

It is important to invest wisely and do adequate research prior to investing in a particular cryptocurrency. This is because not all cryptocurrencies are equal and some incur greater risks than others. The great investments are those that continue to grow as time progresses and therefore a long-term outlook ought to be favoured during your hunt for the right cryptocurrency to invest in. Simply put, cryptocurrencies should not be researched with the objective of allowing you to become rich quickly.