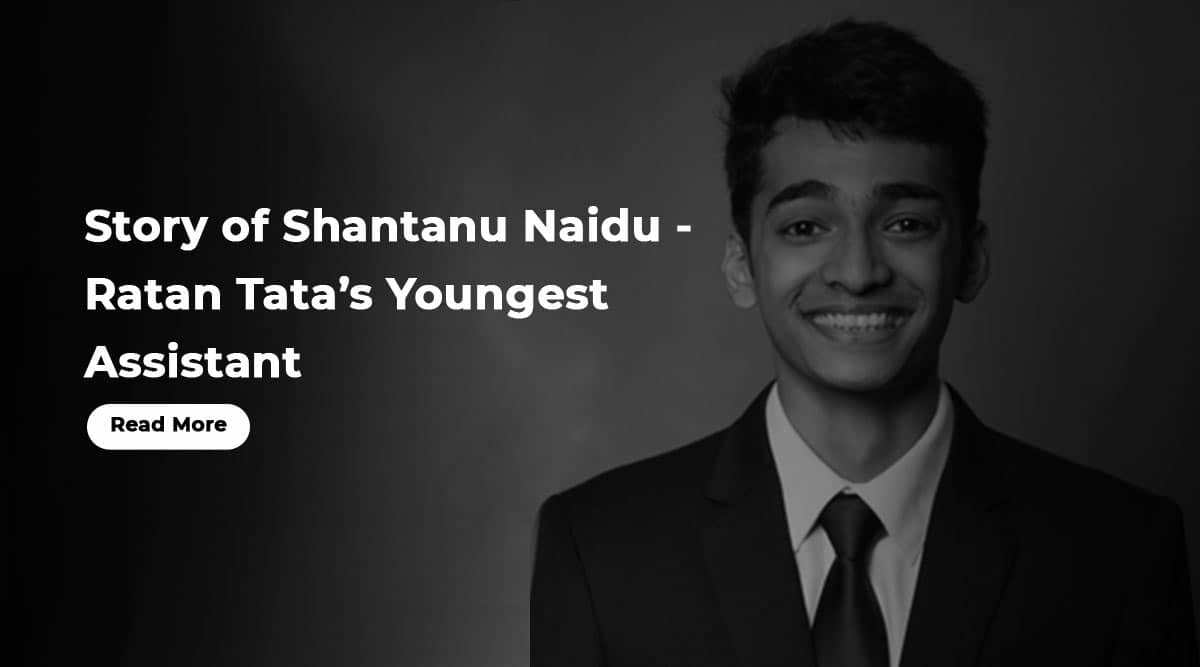 Learn about Shantanu Naidu and how his start-up caught the eye of Ratan Tata.

If you’re an Indian reading this article, you should already be familiar with who Ratan Naval Tata is and should be aware of his success as an industrialist. Despite the fact that he came from money, what has made Tata stand out is his humility and the fact that he’s never taken his money for granted. His modest lifestyle is visible in that he never flashes his wealth to the less fortunate. A prime example of this was visible in his birthday celebrations which featured a single cupcake and candle which were handed to him by his young business assistant, Shantanu Naidu.

Shantanu Naidu has achieved enormous success within the realm of business despite being a mere 28 years old. As per reports, he is responsible for giving Ratan Tata advice on how to appropriately invest in start-ups.

Born in 1993, Shantanu Naidu has a number of qualifications under his belt that include but aren’t limited to being an engineer, businessman, entrepreneur, author and social media influencer. That’s not all though – he also happens to be a deputy general manager for the Tata Trust.

In terms of his educational qualifications, Naidu attended Cornell University and graduated with an MBA in 2018. He also happens to be the fifth generation of his family to be working under the Tata Group. He previously worked as a Design Engineer at Tata Elxsi and has been working at that Tata Trust since mid-2017.

Shantanu Naidu’s relationship with Ratan Tata began after a Facebook post he wrote relating to the dog collars he made for stray dogs that featured reflectors went viral following which his initiative was featured in the Tata newsletter.

Given that this initiative was taken under a student organisation, the funding needed to create these collars was insufficient. Naidu and his team however had the foresight to collect denim pants from a number of households such that 500 reflective collars could be made and dogs in Pune could be collared with the same. The value of these collars lay in the fact that since they had reflectors sewn on, stray dogs wearing them could be spotted by drivers driving from a distance without being reliant on streetlights to see. This has been a lifesaving move and his Facebook post has been appreciated by several individuals online.

This story spoke to the animal activist in Ratan Tata who then issued an invite to meet with him.

Start-ups, Shantanu and “On Your Sparks”

As mentioned above, Shantanu Naidu has been providing inputs on how Ratan Tata ought to address his own personal investment start-ups. Ratan Tata himself is interested in and passionate about India’s start-ups. Those that have benefitted from his support have seen their value increase considerably.

Naidu also happens to run an Instagram account with the username “On Your Sparks” which is designed to motivate young people across the country to begin their own entrepreneurial journey and abandon their fears. During the middle of the Coronavirus pandemic, Shantanu Naidu began hosting discussions online to inspire those wishing to start their own ventures. His discussions often take a dive into his own experiences in order to make his journey more relatable to others. Each Sunday he hosts a live session on his Instagram account wherein each attendee is charged INR 500. These funds are then directed to his dog collar initiative called Motopaws which is present in more than 20 cities and 4 countries.

Given that the founder of Motopaws is still fairly young, the Shantanu Naidu biography is yet to be complete. Those wishing to learn more about his relationship with Ratan Tata though always have the option to grab his book titled “I Came Upon a Lighthouse”. His life thus far is inspiring young people across the country to do what they are passionate about.