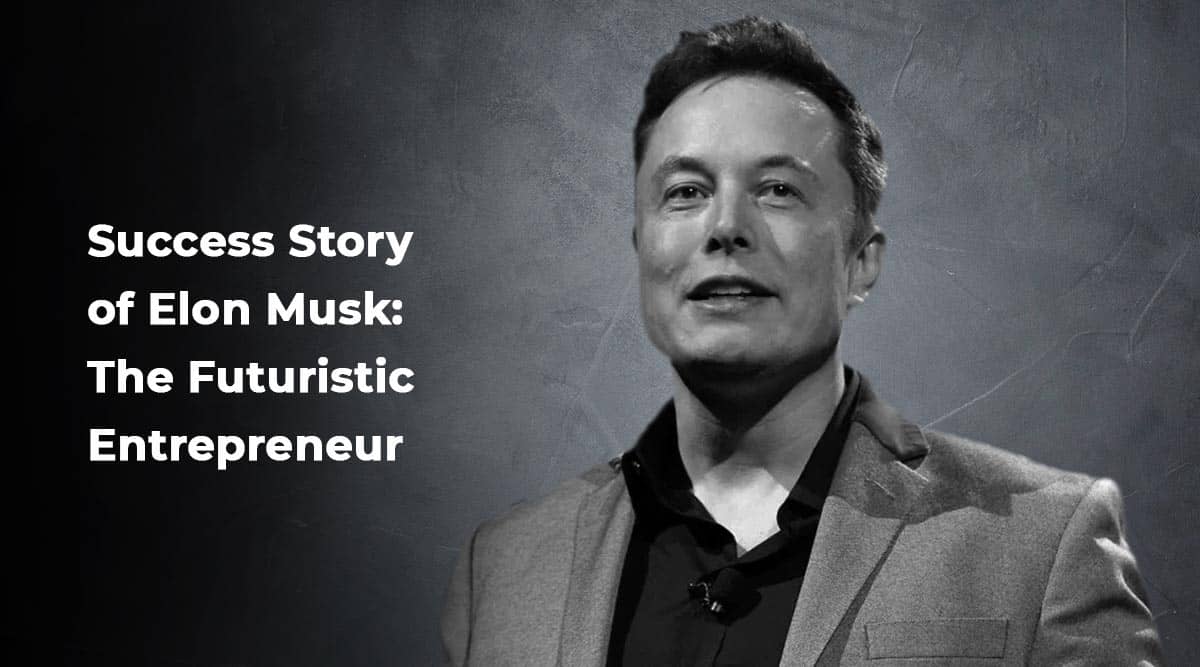 Elon Musk is a celebrated entrepreneur. This article talks about his pathway to success.

Elon Musk has been the talk of the town for a few years. His exceptional achievement despite the odds has startled and amazed crowds of people. He is popularly known for founding SpaceX while simultaneously managing the functioning of his other company, Tesla Motors. His astonishing performance in the field has led to comparisons with Bill Gates, Steve Jobs, and others.

Elon Musk’s success was well-drafted by himself despite his difficult childhood. However his relentless work ethic played a key role in the success story of Elon Musk. In this article, let us have a look into the early life, education, and the career timeline of Elon Musk.

Elon Musk was born on the 28th of June in 1971. He was born in one of the three capital cities of South Africa called Pretoria. He is the oldest of three siblings. Elon Musk’s father, Errol Musk, is a successful engineer while Maye Musk, his mother, was a model and a nutritionist. His brother, Kimbal Musk is an environmentalist and a venture capitalist. Elon’s sister, Tosca Musk, is an award-winning director and producer.

Elon started school about a year in advance. He attended the Waterkloof House Preparatory School. He then graduated from Pretoria Boys High School. By the time Elon Musk was 10 years old, his parents got divorced. While Elon Musk was one of the intellectually sound students at school, he had a difficult time. He has very few friends from the Afrikaner culture. As Elon faced plenty of adversity growing up, he grew up to be a strong believer that adversity is essential to shape up an individual.

During his time at Waterkloof House and Pretoria Boys High, Elon Musk was bullied. He said, “They got my best friend to lure me out of hiding so that they could beat me up. And, that hurt”. Elon also added to this and said, “For some reason, they decided that I was it, and they were going to go after me nonstop. That was what made growing up difficult for me. For several years, there was absolutely no respite. At school, I got chased around by gangs who tried to beat me up. I would then come here, where it would continue to be awful”.

After completing high school, Elon Musk moved on to pursuing his interest in physics and economics. He spent two year in Queen’s University in Canada. After these two years, he transferred to the University of Pennsylvania. At this university, he went on to take up two majors. While pursuing a dual degree might require plenty of work typically not allowing room for other activities, he ensured to make time for activities apart from his university education. Elon and his fellow classmate bought a 10-bedroom fraternity house that they used as an ad hoc nightclub.

Elon Musk graduated with a Bachelor of Science degree in Physics as well as a Bachelor of Arts degree in Economics from Wharton School in Pennsylvania. These two degrees helped Elon in building his career. He is a strong believer of physics being a great framework for his thinking as it helps explore and understand fundamental truths. It also helped him reason several business ideas and gauge the success of his ideas.

Later on, when Musk was 24 years old, he moved to California to pursue his Ph.D. in Applied Physics at Stanford University. While he started his Ph.D. program with utmost excitement and futuristic goals, he dropped out of this program in 2 days. The driving factor behind him dropping out was the internet boom in Silicon Valley. Being an entrepreneur by nature, he began to develop great ideas revolving around the birth of the internet.

Musk’s first marriage was to Canadian author Justine Wilson in the year 2000 and then to Taulah Riley, an English actress in 2010, following his divorce from Justine in 2008. He remarried Riley in 2013 and the marriage lasted till 2016. From his first marriage, Musk had twin boys first and then triplet boys. His first son Nevada died on sudden infant death syndrome when he was a 10-week baby. Musk was also reportedly linked to actress Amber Heard. In 2018, he started to date Canadian musician Grimes, who later announced that she was pregnant with baby X Æ A-12. The Tesla founder is the father of seven children, with baby X Æ A-12 being the youngest at 19 months.

A Venture Into Businesses

Elon Musk had dipped his feet into several businesses and driven them up to success. Here is a timeline of his journey with businesses and entrepreneurship.

During the year 1995, Elon Musk and his younger brother Kimbal Musk started a company called Zip2. Zip2 provided licensed city guide software to newspapers. In 1999, Compaq’s AltaVista acquired Zip2 for $340 million. This proved to be a great exit for Elon Musk as this buyout led to the creation of X.com.

Elon Musk along with Harris Fricker, Ed Ho, and Christopher Payne co-founded X.com. The company was an online bank that later merged with Confinity Inc. This merger led to the launch of another great company.

The X.com-Confinity Inc merger birthed PayPal. PayPal is one of the most popular platforms to carry out online payments. During his time at PayPal, he put forward his idea to the CTO, Max Lechin, about the operating system to be used. Musk was later ousted from the company as CEO. Later on, PayPal was bought by eBay for $1.5 billion.

After Elon was ousted from PayPal, he went on to bring his vision of futuristic electric cars to life. He went about gathering funding for Tesla and launched the company in 2003. The main aim behind Tesla Motors was to shift the automotive industry from using combustible energy to clean and green energy.

Tesla Roadster, the first electric car was eventually launched. In 2007, Eberhard, a co-founder of Tesla Motors, was ousted from the company following several disagreements with Elon Musk. Musk then overtook the management of the company as CEO and product architect.

While managing the operations of Tesla, Elon Musk simultaneously launched Space X. He landed high-profile contracts with the U.S Air Force and NASA to design rockets. He also took up projects to conduct military missions. By the year 2025, Musk plans to send an astronaut to Mark with the help of NASA.

Elon Musk's success has been an inspiration to many entrepreneurs and businessmen. Elon Musk’s story of success consists of several challenges. However, Elon always found his way to bring about a successful outcome and meet his vision for the company he launched.

The success of a business solely depends on the nature of the business and the demand for the product or service that the business offers.

Elon Musk started with a Ph.D. in Applied Physics at Stanford University but dropped out of the program.

Elon Musk started Zip2 in 1995 with his younger brother.

Elon Musk graduated from the University of Pennsylvania with a bachelor's degree in physics and economics.