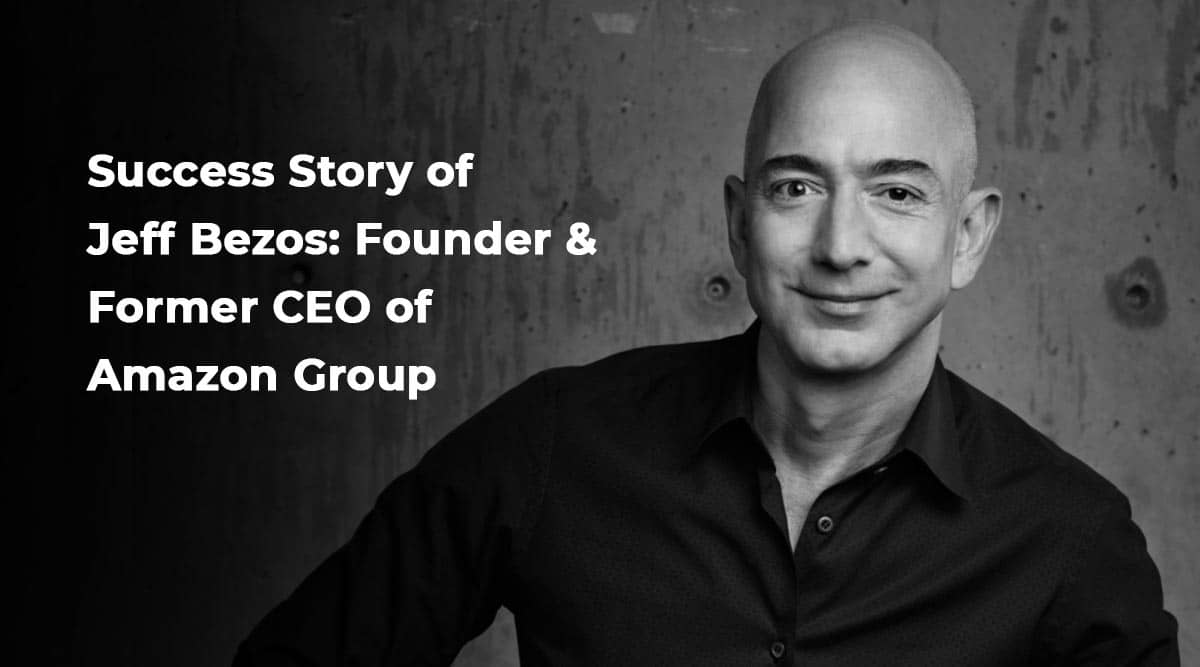 Know how Jeff Bezos established a multinational company from scratch and became one of the most successful entrepreneurs.

Amazon is one of the largest American multinational technology companies. It is all about invention, experiments, innovation, customer satisfaction, and creativity. Jeff Bezos is the former CEO, and the founder of Amazon. With a total net worth of approximately 200 billion dollars, he remains the richest being in the whole world. Jeff Bezos' success story is not just limited to Amazon. Additionally, he even owns Blue Origin (a rocket company) and a newspaper named Washington Post. The success story of Jeff Bezos is all about hardships and hard work.

Jeff Bezos was born in Mexico. His mother's name is Jacklyn and his biological father's name was Ted Jorgensen, they got married in 1965. In 1968, Jacklyn then got remarried to Miguel Bezos . After the completion of Jeff Bezos' graduation, he got many offers from different companies (for instance Bell labs and Intel). However, he rejected them all. By the age of 30, he had already started earning a salary of six figures. But his journey involved joining and resigning from many companies. Hard to confine true genius in one vocation, one would say. One day as he was surfing through the net, he found out that the web world is growing at the rate of 2300% and decided to establish a company.

Jeff Bezos was determined to accomplish his dream to establish his company. Finally, Amazon was established through a constant and ceaseless quest to build up a qualified organization. The success story of Amazon is very interesting. It was built on some specified pillars of single-minded concentration, on character, and will always avail the best consumer experience to all the people who are associated with Amazon. Furthermore, the efforts that he put into achieving success are what we are witnessing today.

Jeff Bezos went on and strived a lot to build a system of web retailing. He was retailing the system of the web when the world was wondering or oblivious of the functions of the internet and how it works. One of the key points for the success of this multinational company is that his focus was never to defeat his competitors. Rather it has been concentrating on helping out all the customers alongside building actual value for them. These policies on which Amazon works keep all of them engrossed in the implementation of their policies and plans.

What was the Vision of Jeff Bezos?

From the very beginning of Amazon, Bezos knew that he wanted to create a builders' culture. These builders consist of people who are explorers and curious. People that are always eager to introduce something new to the world. The idea was that the mentality of builders aids the company and they are:

What are the Failures in the Path of Jeff Bezos Success Story?

In the success story of Jeff Bezos, there are some faults and failures. As it is often said that if there are no failures/mistakes then the work you are working on must not be that important. There are several ventures that Bezos initiated and experimented with which failed. But this is what is the growth of the culture. Some of the examples of such failures are:

Innovation is the Crux :

As it was mentioned above, Amazon company's key focus was never to defeat its competitors. Under the leadership of Jeff, the group was able to employ over 1.3 million dedicated and talented employees while concentrating on the inventions as its central focus. The success story of Amazon even includes some of the pivotal successes of inventions that covered up all the losses as the result of some failed experiments. According to Bezos, failure is even the experience that will lead you to success. Amazon has always thrived to invent something new and provide its customers with approachable facilities.

Pivotal Decision of Stepping Down from the Position of CEO:

With the arrival of February in 2021, Bezos announced that he is going to step down from the position of the Amazon company's CEO very soon. This was intended to make certain adamant concentration on several other projects. And as of 6th July, the former head of the web service of Amazon, Andy Jassy, is the new CEO of Amazon. Bezos' career trajectory demonstrates that an idea will always be an idea unless you try it. It might either fail or succeed. But if it succeeds then you might be standing at the peak of success. In the success story of Jeff Bezos, along with  success, there are also hurdles which the company had to pass through.

Jeff Bezos established Amazon, an e-commerce giant, out of a garage located in Seattle. To establish his own company Jeff Bezos moved out of his comfort zone. He had experienced several failures in his life but was never demotivated by them. He took his failed projects as an opportunity to learn from his mistakes. Jeff Bezos has been an incredible motivational figure as well. It is the result of the multinational company's hard work that even in this pandemic era, the hard work has proved to be quite valuable. It has also made good profits since last 2020 as people were quarantined in their house and online delivery was the only option for them.

1. Where is Amazon being traded?

On NASDAQ, Amazon is being traded under the ticker symbol AMZN.

3. How can I invest in Amazon stock?

To invest in the stock of Amazon you need to follow the following steps:

4. How much is the current market capital of Amazon?

The current estimated value of the market capital of Amazon is $ 1.86 Trillion.

5. What is the formula for calculation of the stock of Amazon?

The formula to calculate the stock price: