Tata Consultancy Services: A story through the ages 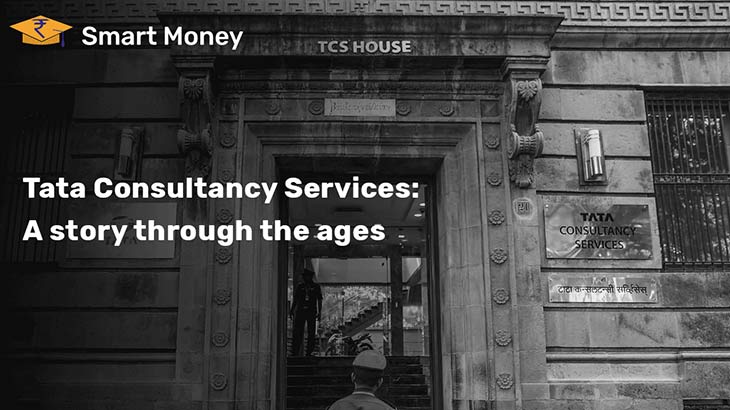 Tata Consultancy Services (TCS) is the world’s most valuable IT company. Read this success story of how TCS expanded globally, acquired new verticals and more.

In October 2020, Tata Consultancy Services (TCS) became the world’s most valuable IT company, overtaking Accenture in terms of market capitalization, as it reached US$144.73 billion, which is equivalent to Rs. 10.6 trillion. Furthermore, the company’s shares hit an all-time high of Rs. 2,898 in December 2020, while just a decade ago, one could have purchased shares for just Rs. 375. It was also reported back in 2018 that the stock of TCS surged as much as 603 percent over the past decade alone! Here’s how the company fared over the last 10 years. 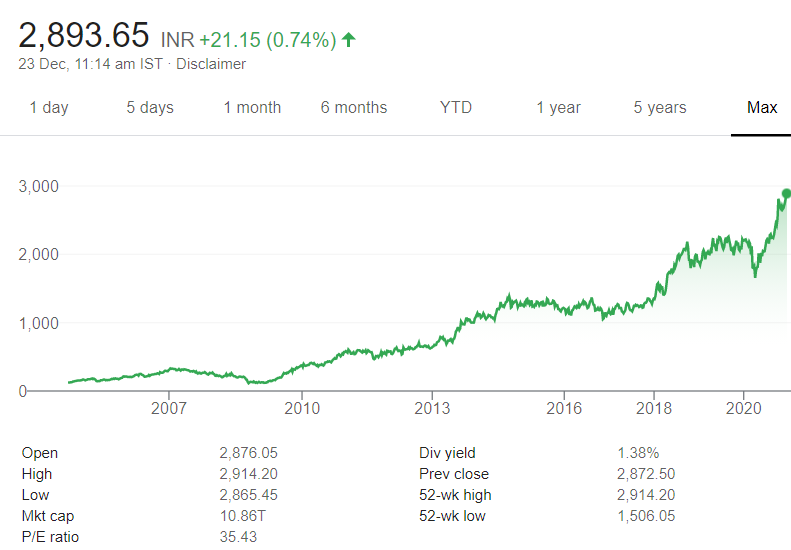 The company went public on August 25, 2004, making its trading debut on Dalal Street at a 27 percent premium to its issue price, and started generating a compounded annual return of 27 percent over the next decade. During this period, the market capitalization of TCS shot up from Rs. 47,232 crore to Rs. 4.94 lakh crore, which was then the highest among all the Indian listed companies.

Currently, TCS boasts of a diverse workforce, employing 453,540 people globally, from 147 nationalities across 46 countries. In December 2020, the company further expanded its business operations in Austin, Texas, constructing a new facility, and doubling its presence. The company has also announced that over the next seven years, it will invest more than US$ 100 million in Austin, with the idea of hiring an additional 10,000 local employees in the United States.

Additionally, TCS made the decision to consolidate its operations in Eastern Europe, Middle East, Africa and Latin America into a strategic business unit, ramping up its efforts to expand its presence in the emerging markets, thus diversifying its revenue base. During 2013-14, continental Europe became the fastest-growing market for the company at 52 percent, while Latin America was ranked second at 35 percent.

Today however, the company generates the majority of its revenues from the Americas, which brought in around US$ 10.8 billion in 2020. The company’s global presence allows it to hedge its earnings from currency fluctuations, while its revenue stream is generated in every currency.

A NelsonHall survey revealed that TCS’s investments in IP supporting automation, artificial intelligence (AI) and machine learning (ML), which includes the Machine First Delivery Model (MFDM), autonomous infrastructure, ignio and cognitive service desk among others as the company’s key strengths. In 2015, the company launched its flagship software ignio, banking on AI to enhance productivity, and remove the necessity of human intervention.

During the COVID-19 pandemic that brought the global economy to a standstill, and severely hampered the productivity and profit margins of companies around the world, Digitate, a software venture of TCS announced the launch of ignio AI.Digital Workspace. This was done to help the employees and service desk teams boost their productivity. Leveraging AI and machine learning to address key business needs, ignio has reported an average revenue per customer of US$ 550,000 per year since 2018.

It was also reported earlier this year that ignio neared the US$ 100 million mark in revenue during FY20, while it recorded revenues of over US$ 60 million in 2018-19, and US$ 31 million in FY18 respectively.

Leveraging its presence and scale, TCS has also been adept at winning complex deals across new verticals, which includes platform-led deals. In May 2013, the company bagged a 6-year contract worth well over Rs. 1,100 crore to offer its services to the Indian Department of Posts. In 2018, TCS partnered with Transamerica in a deal worth over US$ 2 billion in revenues, to administer Transamerica’s life insurance, annuity, supplemental health insurance, as well as workplace voluntary benefits products. The company also took on the administration of more than 10 million policies.

In the same year, TCS also bagged a 10-year contract worth US$ 690 million from M&G Prudential. It was reported that TCS would use its insurance platform, BaNCS and Diligentia to do away with manual intervention in completing back-end claims processes of the British insurer.

2017 and 2018 were particularly lucrative for the company, as it ramped up its business across verticals. TCS bagged additional deals from a unit of Lloyds Banking Group, Rolls Royce Group, Marks and Spencer, and television ratings measurement firm Nielsen. This resulted in the company reporting a net profit increase of 21.9 percent to Rs. 31,472 crore for FY 2018-19, while the company’s revenue surged 19 percent to Rs. 1,46,463 crore. The company reported a 17.7 percent year-on-year growth in its consolidated net profit, at Rs. 8,126 crore during January - March period in its fourth quarter ending on March 31, 2019.

TCS’s shares, at the time of this writing, trade at almost Rs. 2,893, which is 9 times of what it was just a decade ago. This staggering growth in the company’s market capitalization can be attributed to the following traits.