The Future Of Cryptocurrency in 2022 and Beyond 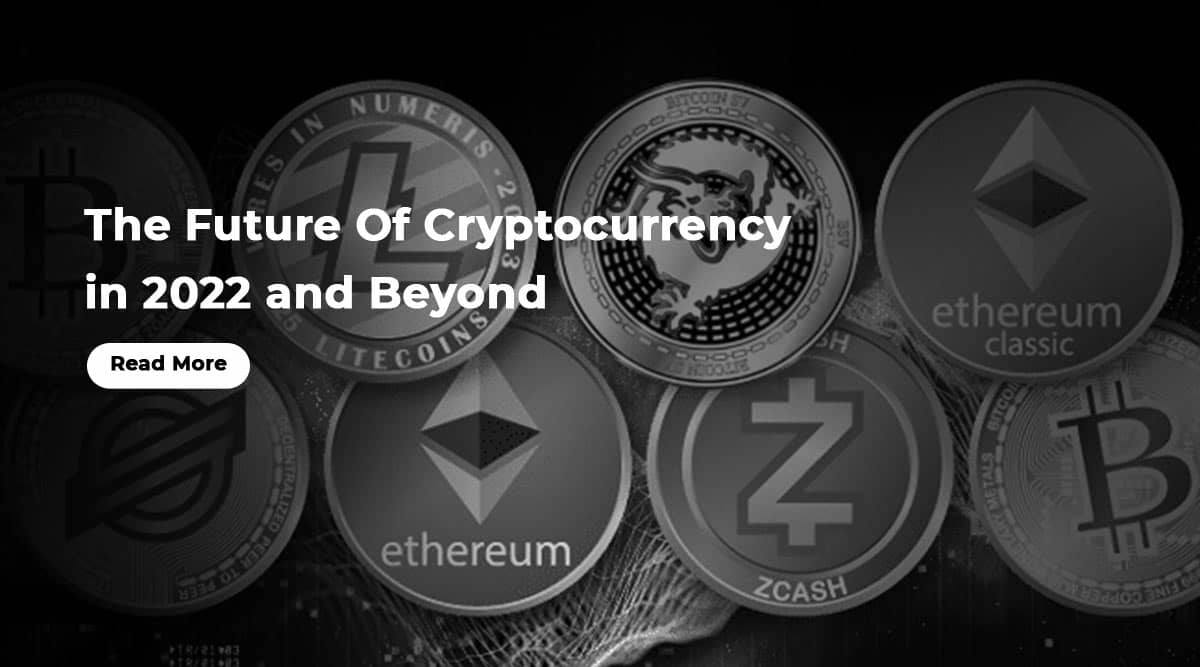 A cryptocurrency is a kind of digital asset that is built on a network that spans a huge number of computers. They are able to exist outside of the control of governments and central authorities because of their decentralized nature.

Bitcoin has experienced many new all-time high values, as well as greater institutional buy-in from prominent corporations. Ethereum, the second-largest cryptocurrency, recently reached a new all-time high as well. New bitcoin restrictions have piqued the curiosity of US government authorities and the Biden administration. In the meanwhile, interest in cryptocurrency has skyrocketed. Because of everyone from long-time investors to that teenager from middle school on Twitter, it's a major topic not just among traders but also in pop media.

According to experts, 2021 marked a "breakthrough" in many aspects. The crypto business is receiving a lot of attention and interest. However, the sector is still in its early stages and is continually changing. That's one of the reasons why every new Bitcoin high is quickly followed by a sharp slump. It's difficult to predict where matters will go in the long term, but analysts will be keeping a close eye on problems like legislation and institutional adoption of cryptocurrency payments in the coming months to get a better sense of the industry.

Expect to hear more about bitcoin legislation in the future. Lawmakers around the world are trying to find out how to make cryptocurrency safer for investors and less appealing to hackers by enacting regulations and guidelines. One of the major overhangs in the crypto business globally is regulation. Many would greatly appreciate unambiguous regulation.

China declared all cryptocurrency transactions illegal in the country in September, thereby putting a stop to any crypto-related activities within its borders. Investors are certain to be harmed if stronger regulation is not implemented. Furthermore, the governments have a vested interest in ensuring that investors understand how to report virtual currency on their tax returns.

Regulation, like most things in bitcoin, is fraught with difficulties. Clear legislation would remove a major obstacle for bitcoin, because U.S. enterprises and investors are now operating without clear restrictions.

What impact could new regulations have on investors?

Crypto tax reporting measures were included in the president's $1.2 trillion bipartisan infrastructure package, which might make it easier for the government to trace crypto activity among its citizens. That's why, even before the new regulation, experts recommend that investors maintain track of any capital gains or losses on their crypto assets. The new regulations may also make it easier for investors to disclose cryptocurrency transactions correctly.

On this front, the first Bitcoin ETF debuted on the New York Stock Exchange in October, marking a significant step forward. The development represents a new, more traditional approach to investing in cryptocurrency. However, some argue that the BITO ETF is insufficient because, while it is tied to Bitcoin, it does not actually own the cryptocurrency. Instead, the fund invests in Bitcoin futures contracts. Experts suggest Bitcoin futures may not directly reflect the price of Bitcoin, despite the fact that they follow the overall patterns of the actual cryptocurrency. For the time being, investors must wait for an ETF that holds Bitcoin directly.

What a cryptocurrency exchange-traded fund means for investors

It's too soon to determine how many people will rush to BITO, but the fund has already seen a lot of interest in its first few weeks. In general, the more conventional financial products that integrate bitcoin assets, the greater the number of individuals who may engage in and influence the crypto market will be. Rather than learning how to traverse a cryptocurrency market, you may add crypto to your portfolio directly from the same brokerage with which you already have a retirement or other conventional investment account.

Investing in a crypto ETF like BITO, on the other hand, involves the same risk as any other crypto investment. It's still a risky and speculative investment. You shouldn't put your money in a crypto fund if you're not willing to lose the money you put into crypto by buying it on an exchange. Consider whether you're willing to incur the risk of including cryptocurrencies in your portfolio.

In 2021, mainstream companies from a variety of industries expressed interest in cryptocurrencies and blockchain, and some even invested in it. AMC, for example, just announced that before the end of the year, it will be able to take Bitcoin payments. PayPal and Square, for example, are banking on cryptocurrency by allowing consumers to buy it on their platforms. Tesla is still undecided on whether or not it would allow Bitcoin payments, given the fact that the company holds billions of dollars in the digital currency. This form of buy-in is expected to become increasingly frequent, according to analysts.

What this means for investors is that there will be more institutional adoption. While most individuals don't see the value in paying for products with cryptocurrency right now, more merchants taking payments could change the scene in the future. Purchasing Bitcoin for goods or services would most certainly be a poor financial choice for a long time, but increased institutional adoption might open up new use-cases for ordinary people, altering crypto price. Nothing is sure, but if you buy cryptocurrencies as a long-term store of wealth, the more "real-world" applications it has, the higher the demand and value.

Future of crypto in the next 5 years

Since Bitcoin is the largest cryptocurrency by market value, and the rest of the market tends to follow its patterns, it is a good predictor of the crypto market in general. In 2021, the price of bitcoin embarked on a rollercoaster swing, reaching a new all-time high of $68,000 in November. Following earlier highs of over $60,000 in April and October, as well as a summer decline to less than $30,000 in July, this current record high has been set. Because of this volatility, experts recommend that you limit your crypto investments to less than 5% of your overall portfolio at first.

Angel One Limited does not endorse investment and trade in cryptocurrencies. This article is only for education and information purposes. Discuss with your investment advisor before making such risky calls.