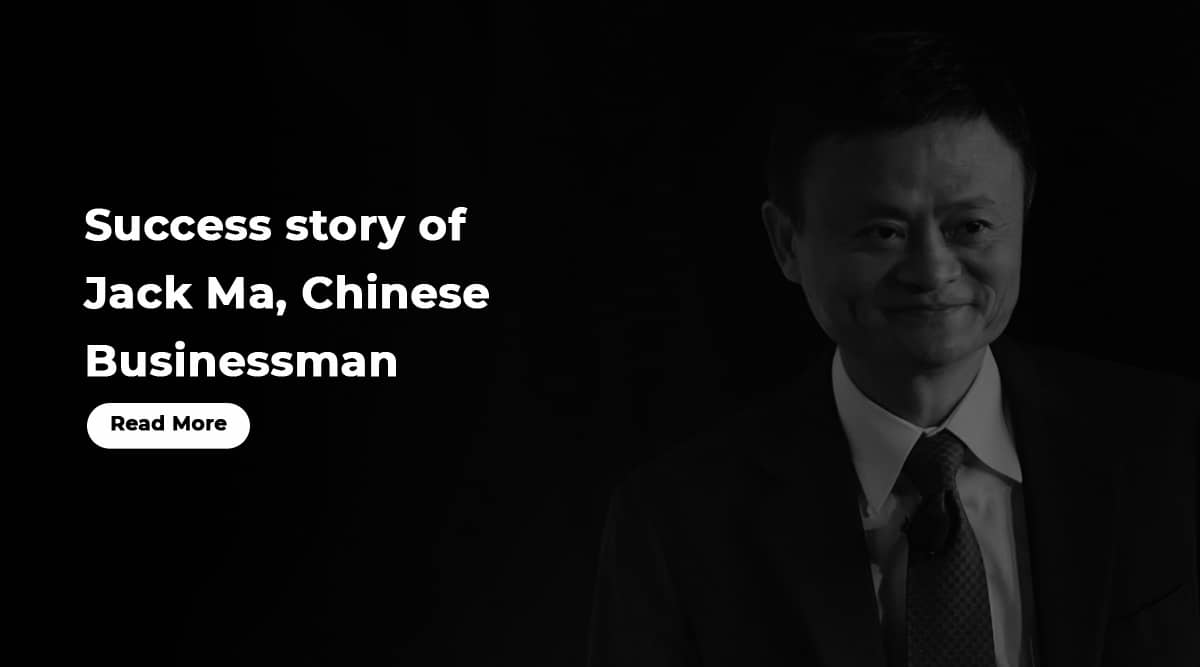 Jack Ma, whose Chinese name is Ma Yun, is one of China's wealthiest and the founder of Alibaba Group. But, did you know that Ma failed the entrance exam for Hangzhou Teachers College twice? Here is the story of Jack Ma!

e-Commerce giant Alibaba was founded by Jack Ma who serves as a stakeholder in Alipay, its sister company which serves as an e-payment portal, akin to India’s Paytm. Recognized as China’s wealthiest citizen with a net worth believed to amount to USD 43 billion. Moreover Alibaba processes more products than Amazon and eBay do collectively. With a 7.8 per cent stake in Alibaba and a 50 per cent Alipay, Jack Ma’s story is one of perseverance, grit and sheer hard work.

A self-made billionaire, Jack Ma comes from humble beginnings. Born in Hangzhou, China, Jack always sought to learn English and did so at an early age, practicing his language skills on foreigners that visited a park near his home.

Once Jack graduated from university with an undergraduate degree in English, he began to teach English at the Hangzhou Dianzi University where he earned USD 12 a month.

Failure wasn’t unfamiliar to Jack Ma who failed primary school examinations on two occasions and middle school examinations thrice. His professional career too witnessed failures. Take for instance the popular food chain KFC that arrived in China and had 24 people apply for a job. Of those, 23 were employed. Jack Ma was the only one to be rejected. The same held true for when he applied for a posting in the police force and was turned away for not meeting the cut.

Two of his initial entrepreneurial undertakings went on to fail, however, this did not stop Jack Ma.

A Visit to the US, Computers and China’s Standing

In 1995 Jack Ma visited the United States of America on a Government project related to highway construction. Here, he was introduced to the internet and computers for the first time ever. At this point, China had limited exposure to computers and owing to the enormous costs associated with them, access to the internet and email was spartan.

Jack Ma is said to have looked up the word ‘beer’ on the internet, and while he found results from many countries, China yielded no results. This got Jack thinking, and he convinced 17 of his friends to invest in his new e-Commerce business – Alibaba.

Although Alibaba commenced its operations from Jack Ma’s apartment, it acquired USD 20 million from SoftBank and USD 5 million from Goldman Sachs in 1999. The biggest hurdle Jack Ma and Alibaba faced was convincing the Chinese people to have faith in an online system of payment that allowed for secure transfers of packages.

Jack Ma was able to launch his first successful company, Alibaba, at age 31 despite not having written a line of code for it.

Today, Alibaba is one of the largest commercial networks in the world. Its trajectory of growth is impressive, and it has gone on to conquer markets beyond Chinese borders. Second, only to Walmart in terms of its sales each year, Alibaba has possibly expanded beyond Jack Ma’s wildest dreams.

What does Jack Ma’s Story Leave You With?

Chinese businessman Jack Ma’s story is one of success owing to belief in oneself. Being persistent despite adversities that might befall you is a defining trait and can be used to propel you forward. Furthermore, the ability to brace yourself for and accept rejections and failures as opportunities is what sets Jack Ma apart from his counterparts.

Q1. What part of China does Jack Ma come from?
A1. Jack Ma hails from the south-eastern location part of China – Hangzhou to be precise.

Q3. What did Jack Ma study in university?
A3. Jack Ma studied English at the undergraduate level.