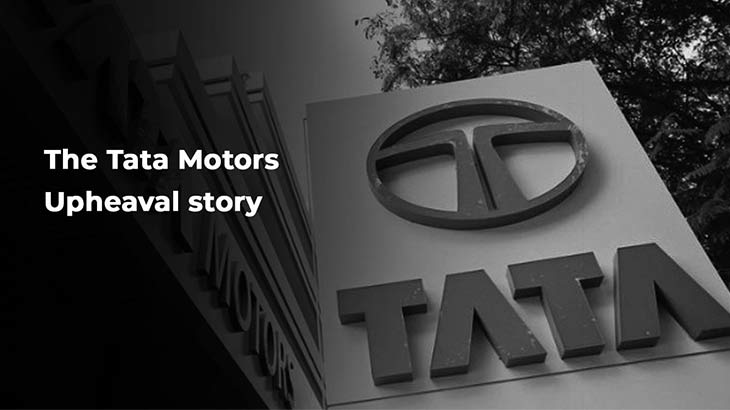 The automotive industry has been famously tied to the performance of the extended economy for most countries.

In India, however, a leading car manufacturer that was the brand of choice for millions until the 2010s became notoriously famous for turning into a brand that only makes commercial vehicles and cars that are the choice of taxi drivers. Yes, we are talking about Tata Motors. Why did this happen, and how did this change? Read on, to find out how visionary leadership and some of the first principles of doing business rescued a famous yet failing automotive manufacturer and restored it to the path of glory over a matter of a few years.

Tata motors was known for producing vehicles that performed in the most demanding environments. This, coupled with some of the products that revolutionized the Indian car market forever - like the Tata Safari, which earmarked India’s taste in sports utility vehicles endowed it a position of leadership in the Indian automotive landscape. In addition, Tata brought some crucial lessons from it’s lateral companies like Jaguar and Land Rover, into the arm that produced cars for the masses. However, no industry remains the same over a course of a decade - and in a fast digitizing world, new products and value propositions are disrupting industries at an ever faster pace.

As India’s millennials began earning and went looking for cars, they weren’t like their preceding generations - they showed a marked preference for cutting-edge technology, futuristic looks and digital features beyond the brand name and how established the brand they shopped from was in their domestic markets. New entrants like Honda, Hyundai, Nissan and Toyota didn’t make it easy either. In addition, other legacy brands like Maruti and Mahindra brought unique value propositions with their own successful launches. To turn itself around, Tata needed the DNA of a new-age car maker that was tuned to the needs of the new-age customer. This is where Tata Motors' story of upheaval began - where its managing director Karl Slym was succeeded by Guenter Butschek.

It is crucial to note as to how this decision set Tata Motors towards a new direction altogether. Guenter Butschek had previously headed Airbus, and is a well-recognized transformation specialist in the manufacturing and automotive industry. It was under his leadership, that a new vision of Tata Motors was born - and more importantly, realized. So what was this new vision?

According to experts, manufacturing competitively in today’s age requires enterprises to function with flexibility, speed and agility in order to stay profitable and competitive. But how was this to be achieved within a company that relied largely on manual processes to assemble its products? This is where Butschek’s vision came into sight. Butschek suggested that the company replace its current principles of manufacturing with digitally assisted processes that were centred on the idea of modularity. This required collaboration with the extended supply chain - that is, the partners that manufactured its automobile components, to realign their manufacturing practices such that the company could leverage common components between multiple product lines, and customize and combine to build new products.

However, Butschek maintained the focus of building modularity in the manufacturing processes of its commercial vehicle lines first - followed by a reinvention of the personal automobile assembly lines. In the meanwhile, the company was also working to rebuild the brand and to position itself as a technology-driven car company that knew the top tricks of the trade. This was followed by a successful rollout of its new-age models like the Tata Tiago, Harrier and now, the next generation Safari. Butschek has also mentioned Tata’s early focus on the EV segment - this might place it in an advantageous position as the climate change movement gains momentum. Ultimately, the company plans to converge its SUV and sedan product lines, and build highly customized vehicles that share the same DNA and core components. Leveraging these modern principles of manufacturing profitably and competitively at lower costs, the company is clearly headed to craft a new name and position for itself in the industry.

In the meanwhile, Tata Motors’ stock prices were taking on wild swings. In the beginning of 2015, when the leadership was undergoing tectonic changes, Tata Motors incurred a 47% downfall, after which, it continued on a roller coaster - recovering to the previous levels by the end of 2016. However, from there onwards, the company clocked the same price levels. During the pandemic, the prices plummeted to around Rs. 74, and the recovery began only by the end of 2020. At the time of writing, Tata Motors was trading at Rs 319, and analysts are now labelling the stock with green signals.

Tata Motors’ roller coaster ride - both internally and in the stock market - and consequently, its recovery has once again demonstrated the power of visionary leadership, and how principles of competitive advantage are always at play in the financial standing of a company and its performance in the stock market. While the leader that was almost single-handedly responsible for restoring a failing automotive brand to its path to recovery is on his way to the German automobile industry, a lot has changed in the company’s approach towards not only envisioning new products, but also towards marketing and selling its products digitally. What remains to be seen, is if the car buyer of today thinks so too.

Markets are always changing - understanding the forces that are responsible for these shifts is critical making the right move on your investments. Log on to www.angelbroking.com, and check out our free resources to discover more!