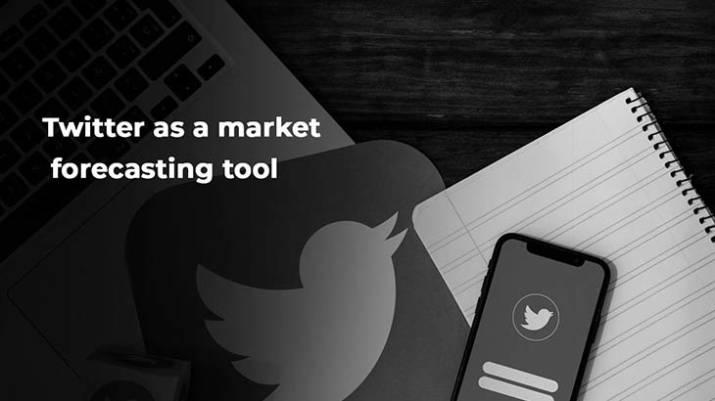 Most of us use one or more social media platforms in today's digital age. Remember the days when Facebook came into existence, and how everyone was flocking to Facebook to tell the story of their life to their friends and the world?

Well, a few years after the introduction of the social network, some of the biggest political revolutions were born on Facebook. That's when the world realized the potential of social networks to influence the world around them in major ways.

So what about Twitter? If you are on Twitter, then you must be aware of how some of the most famous celebrities and politicians are broadcasting their thoughts and opinions on Twitter. But this is not all - Twitter is used as a marketing platform by millions of businesses and news agencies use Twitter to broadcast news in bite-sized pieces of information. Now, Twitter allows you to post only a few characters in a tweet - we will see how this is relevant to the title of this article.

Have you heard about high frequency trading? In the evolution of high frequency trading, the use of news articles and headlines to predict the direction of market movements was a major milestone. Also known as micro-trend analysis, some of the most technologically advanced companies leveraged thousands of news articles that are published every second on the internet to create market intelligence. So how did this work, and how does twitter help us understand the markets?

To understand this, we need to first look at how companies use twitter's feeds. Twitter had introduced something known as the Twitter API, which allowed programmers to stream tweets that are being made by people in real time. Now, a programmer can filter these tweets on the basis of hashtags, locations, and other such features. What this allows, is segregation and filtering of relevant information without too much heavy lifting. For example, if a tweet contains a #bitcoin hashtag, then we know that this tweet is likely to say something about bitcoin. The actual information contained in the tweet could vary.

To recap, we know that Twitter allows programmers to stream tweets being published in real time, and filter them based on various features - like hashtags, location of the person making the tweet, nationality, etc. So what do programmers do with this data? This is where the most interesting part comes in. You might be aware of the AI and Machine Learning hype in the last couple of years. Well, AI is not that new, and data science has been around for longer than you might think.

Let's try to understand further with the help of an example. Imagine that you are interested in understanding how the share prices of Tesla can be predicted with the use of Twitter. One straightforward way to do this is to filter all the Tweets that contain the hashtag #Tesla. What might be less straightforward, is how people's opinion of Elon Musk might be affecting Tesla's stock prices.

Well, once you stick to a strategy of filtering tweets containing certain features, what you then start doing, is analysing what is contained in these tweets - all of them. Now, you can imagine the sheer size of data that will be at your hands, if you are streaming all the tweets containing #Tesla from across the world. If not, you can be rest assured that you will be dealing with hundreds of thousands of tweets.

Now, what programmers do with these tweets, is understand the sentiment associated with each tweet. For example, if a Tweet is talking about how the future of tesla looks bright, and how the company has been performing really good over the last few years, then the tweet will contain positive words like 'good', 'high returns', 'growth', etc.

Now, this is where the expertise of data scientists comes in - because a data scientist will be able to effectively strategize a way in which tweets are segregated correctly by sentiment. While it looks straightforward, programmers do not actually filter tweets based on the words that they contain. This is because computers understand numbers, and not text - so an algorithm is unlikely to assign a sentiment to the tweet based solely on the words it contains. There are sophisticated techniques in machine learning and natural language processing, that allow data scientists to understand the sentiment associated with a tweet correctly.

This process is called sentiment analysis - we will not go into the specifics here, but what you can take away from this, is that data scientists use AI and ML techniques to assign sentiments to tweets. Imagine this being done on a large scale, to millions of tweets. This will help us understand how the overall sentiment associated with a stock, or an exchange index is changing over time. Imagine a hypothetical situation where tesla's stock begins to crash - you will probably see tweets containing negative sentiments, and the overall sentiment associated with factors influencing Tesla's stock price will start becoming negative.

However, one thing to note here is that sentiment analysis does not rely solely on classifying tweets in terms of negative and positive sentiments - in fact there can be other complicated dimensions on which tweets can be classified - this makes for the ability to forecast the markets with even greater accuracy.

So this was a brief insight into how Twitter can be used as a market forecasting tool. Want to learn about more cool ways in which markets are being understood around the world? The head to our website www.angelbroking.com, and keep the learning going!