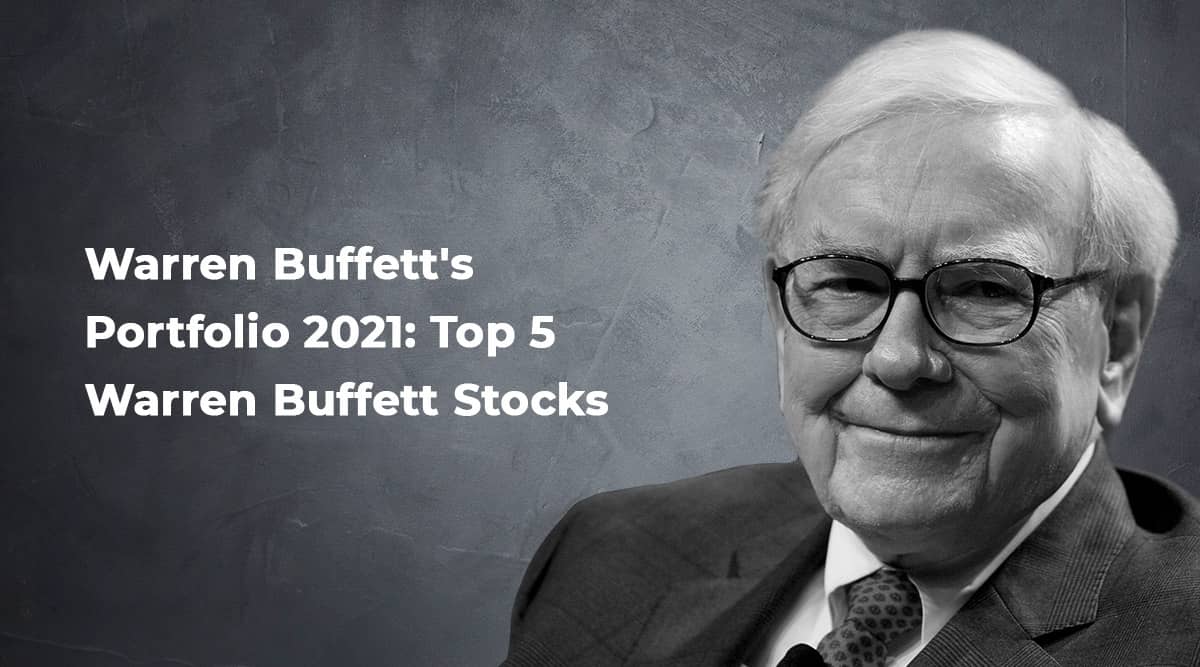 When it comes to investing, the seasoned trader and the novice alike look up to the holy grail of investors - Warren Buffett.

When it comes to investing, the seasoned trader and the novice alike look up to the holy grail of investors - Warren Buffett. With Buffett at the helm, the investment firm Berkshire Hathaway has followed a formula that has time and again delivered wins. In 2020, there have been a few changes in Berkshire Hathaway portfolio, most notably with regard to its pet holding of Apple stocks.

But before getting into the recent alterations in Buffett’s stockholding, a look at the structure of  Warren Buffett’s portfolio is warranted. For those seeking to emulate Buffett's strategy, understand that his investment pattern is very consistent and transparent. Warren Buffett’s portfolio comprises mostly blue-chip companies with stable fundamentals and high dividends, bought at appropriate prices. Moreover, the Oracle of Omaha follows the strategy of holding onto his shares for the long term, instead of seeking to make quick profits by engaging in frequent trades.

Apple comprises the largest shareholding in Berkshire Hathaway's portfolio, with about one billion shares. In 2020, the firm's initial investment of $31 billion in 907.56 million shares climbed to $120.4 billion in worth. However, by the last two quarters of 2020, Berkshire gave up a large portion of its stock in Apple. It shaved off 6% of its shares in the tech giant, but Apple still holds 43.6% of the entire portfolio. Of Berkshire's portfolio, Apple is the stock with the best market value and is second-best in terms of the number of shares held by the firm. At the end of 2020, Berkshire's stake in Apple was worth $117.71 billion.

With 1.01 billion shares, Bank of America is the top stock in Berkshire Hathaway's stock holding by size. As of August 2020, the value of these shares was $24.1 billion and formed 10.8% of the firm's portfolio. In the third quarter of 2020, however, Buffett got rid of some other bank stocks and poured $2 billion into 85 million Bank of America shares. In 2011, Buffett had helped the bank gain a firm holding of its finances which had taken a hit after the 2008 economic crisis. Berkshire Hathaway had bought 50,000 shares of the second-largest US bank with a liquidation value of $100,000 per share. Bank of America is among the many financial stocks that Berkshire holds.

Warren Buffett started purchasing Coca Cola shares in the 1980s after the 1987 market crash. The initial investment followed shortly after the company's 'New Coke' fiasco of the mid-1980s. It now forms Berkshire's third-largest shareholding, thanks to the durability of Coca Cola's core product. In September 2020, the company's 400 million shares accounted for 8.6% of Warren Buffett’s portfolio valued at $19.2 billion.

With a global market base and more than 20 brands earning $1 billion or more annually, Coca Cola enjoys a market share of about 20% in the cold beverage space in developed countries. In emerging markets, this share is 10%. Coke's marketing has made it one of the most recognised brands in the world, lending to its robust fundamentals.

Other than Bank of America, American Express is the second financial company to make it to the top five stocks in Berkshire's portfolio. At least 6.5% of  Warren Buffett's portfolio is comprised of American Express’ 151.6 million shares, with the value of $14.4 billion in September 2020. Buffett has had a stake in American Express since 1963, and has helped the company tide over multiple crises. Berkshire spent $1.28 billion on 151.61 million American Express shares initially. These grew to be valued at $18.33 billion at the end of 2020.

Berkshire Hathaway and 3G Capital acquired HJ Heinz Company for $28 billion in 2013, which later merged with Kraft. Although the company's shares have not done very well over the past few years, Buffett seems to have a steadfast faith in the company. The merger led to the collection of debt that further restricted its marketing operations and innovations. In September 2020, Buffett's firm held 325.6 million shares worth $9.5 billion, making up 4.2% of the entire Warren Buffett's portfolio. In March, it was 4.5% of Berkshire's invested assets, valued at $13 billion.

In the previous quarter, Berkshire Hathaway sold $6.45 billion in stocks and bought shares worth $2.57 billion. In the first quarter of 2021, the firm bought back $6.6 billion worth of its own shares. This followed $27.4 billion of repurchases of its stocks that Berkshire Hathaway made in 2020. Other than the top 5 Warren Buffett stocks discussed already, Verizon, US Bancorp, General Motors, Bank of New York Mellon and Wells Fargo are among the top 10 stocks held in Warren Buffett's portfolio.

The focus of Buffett and his firm is on value investing, under which traders seek to purchase stocks that are lower than what their intrinsic value dictates - or, undervalued shares. Investors can determine whether a share is undervalued by assessing the company's fundamentals and gauging whether the prevailing market value is justifiable or not. If the shares are trading at a lower price than their intrinsic value, a value investor purchases them. These prices are then expected to grow in value in the future, when more investors realise their worth.

Now, some investors believe that stocks are always traded at a fair value, making it difficult to identify and buy undervalued shares to be sold at higher prices later. Buffett, however, is of the opinion that the market will eventually come to see these undervalued shares in a favourable light. Moreover, he believes in investing in a company for the long term based on its overall potential. Instead of capital gains, his focus is on owning a stake in companies that have the promise of generating good earnings.

Much like the frugality he practices in his personal life, Buffett looks for a good bargain when purchasing stocks of companies. Some of the things Berkshire Hathaway looks at before buying a stock are the performance of a company, price of shares, its profit margins and debt, dependence on commodities and whether or not the company is public. The stellar portfolio held by Berkshire is based on the principles of value investing and an attraction for the stocks of companies in certain sectors.