What Happens to Bitcoin After All 21 Million Are Mined 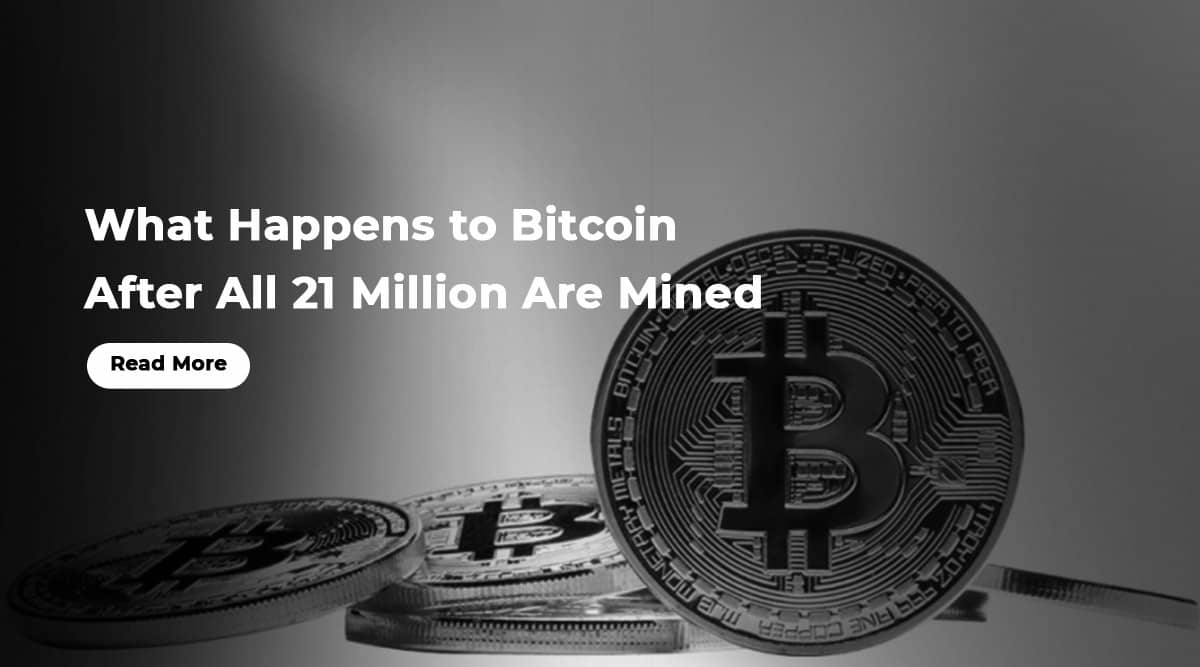 There will be no more bitcoins created after the Bitcoin supply reaches its top limit. Transaction fees are expected to be the only source of income for bitcoin miners.

One of the most distinguishing features of Bitcoin (BTCUSD) is its restricted coin supply. Satoshi Nakamoto, the cryptocurrency's creator, envisioned Bitcoin as digital gold and set a limit on its supply to reflect the limited nature of genuine gold.

The quantity of bitcoins that can be issued (mined) is limited to 21 million. Every 10 minutes, new bitcoins are added to the Bitcoin supply, which is the average amount of time it takes to create a new block of Bitcoin. 1 After every 210,000 blocks, or roughly every four years, the number of bitcoins minted every block is cut by 50% by design.

Will there ever be a total of 21 million Bitcoins

It is unlikely that the total number of bitcoins issued will surpass 21 million. This is because the Bitcoin network employs bit-shift operators, which are arithmetic operators that reduce decimal points to the smallest integer possible.

When the block reward for producing a new Bitcoin block is divided in half and the amount of the new reward is determined, this rounding down may occur. One satoshi equals 0.00000001 bitcoins, hence the award is expressed in satoshis. A satoshi cannot be divided in half since it is the smallest unit of measurement in the Bitcoin network. When dividing a satoshi in half to determine a new reward amount, the Bitcoin blockchain is programmed to round down to the next whole integer using bit-shift operators. Due to the continuous rounded down of Bitcoin block incentives in fractions of satoshis, the total amount of bitcoins distributed is likely to fall short of 21 million.

Although there is a limit of 21 million bitcoins that can be created, the number of bitcoins in circulation is likely to be much lower. If Bitcoin wallet owners forget their main passwords or die away without passing their wallet information, they may lose access to their assets. According to a research released in June 2020 by the crypto forensics firm Chainalysis, up to 20% of all Bitcoins issued could be permanently destroyed.

What Occurs When There Are 21 Million Bitcoin

No additional bitcoins will be issued when the maximum number of bitcoins has been achieved, even if that amount is slightly less than 21 million. Bitcoin transactions will continue to be pooled and processed into blocks, and Bitcoin miners will be compensated, although most likely simply with transaction processing fees.

Even with low transaction volumes and the removal of block rewards, miners can still earn in 2140 if Bitcoin is primarily used as a store of value rather than for daily transactions. Miners can charge hefty transaction fees to process big-value transactions or huge batches of transactions, with more efficient "layer 2" blockchains like the Lightning Network assisting daily bitcoin spending.

However, if Bitcoin mining becomes unprofitable in the absence of block rewards, the following undesirable consequences may occur:

In the year 2140, will Bitcoin work similarly to cash or gold bars? Bitcoin's environment is still evolving, so it's feasible, if not likely, that it will continue to evolve over the next few decades. However, no additional bitcoins will be released after the 21-million coin cap is met, regardless of how Bitcoin evolves. The impact of reaching this supply limit is most likely to be felt by Bitcoin miners, but it's possible that Bitcoin investors could suffer as well.

Angel One Limited does not endorse investment and trade in cryptocurrencies. This article is only for education and information purposes. Discuss with your investment advisor before making such risky calls.