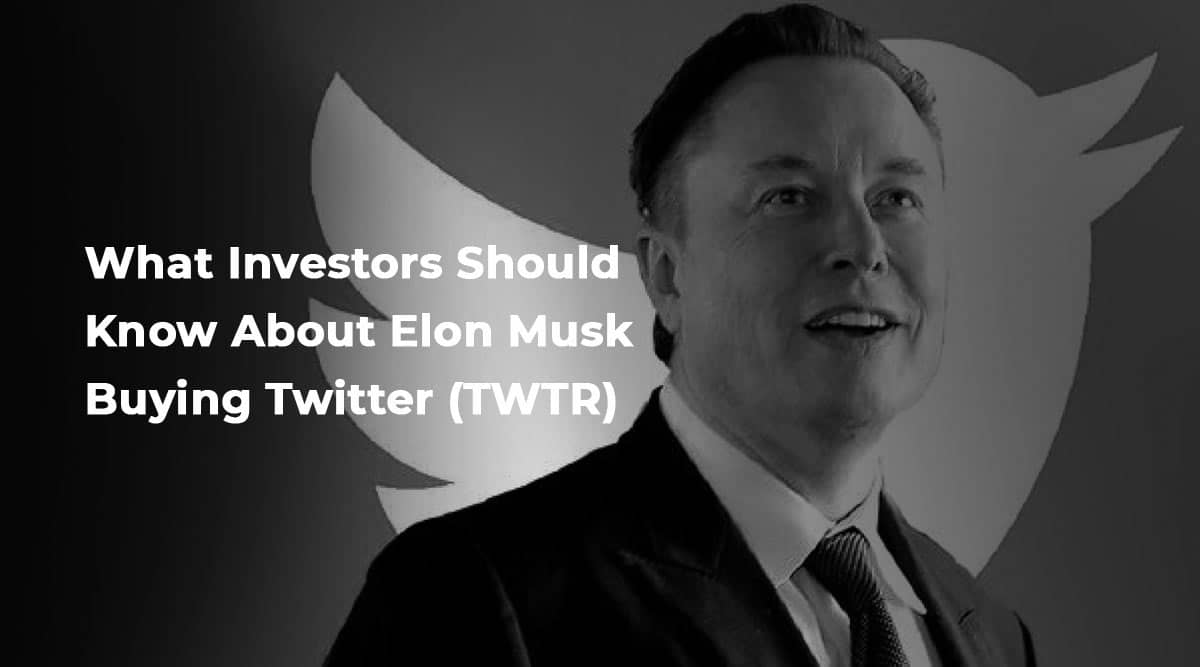 Understand what the implications of Elon Musk’s Twitter purchase are.

Unless you’ve been living under a rock, the name Elon Musk ought to be familiar to you. Mr Musk currently serves as the richest person in the world and helms the electric vehicle company Tesla, Inc. (TSLA) as its CEO. His tweets – which have the power to influence the way the public engages with their stocks – have landed him on the news on a regular basis. His fondness for using Twitter, in fact, has resulted in him making the decision to bid on buying Twitter, Inc. (TWTR). April 25 saw the company’s board of directors acquiesce as they were amenable to his USD 44 billion offer. Elon Musk’s purchase of the microblogging platform is going to result in it going private.

The constant back-and-forth between Twitter and Musk has been in the news and widely circulated for a number of months. Now, however, since the deal is pending, investors are going to examine the finer details of how Musk’s Twitter ownership could potentially impact their investments. When considering the ramifications of this transfer in ownership, the company’s shareholders, as well as its users, stand to be particularly affected. Rather than asking why Elon Musk buys Twitter, you should ask yourself how this purchase will impact shareholders and investors.

Provided that this deal does in fact close, Twitter shareholders will benefit from USD 54.20 paid out in cash for each share of the company’s stock that they hold. Shareholders and particularly those who hold several Twitter shares, will benefit from this cash influx. That being said, key areas that still need to be addressed pertain to whether the acquisition will actually transpire and if so, when. While Twitter’s board of directors have given their go-ahead and a definite agreement has been entered into such that a Musk-owned entity gains complete control of the company, the deal remains incomplete. Another aspect to be considered is the fact that this deal must be accepted by Twitter’s shareholders at the microblogging platform’s next annual meeting. Further, this deal requires regulatory approval in addition to other considerations. While Twitter has announced that it anticipates the deal coming to a close in 2022, the aforementioned hurdles aren’t necessarily insignificant.

In the case of investors who don’t possess the company’s stock, the fact that Twitter is set to go private could impact alternative social media companies and tech giants. Take for instance Meta Platforms, Inc. and Apple Inc. respectively. Provided Musk acquires unilateral control over the social networking service, he would be able to make changes that could create a burden on other tech companies.  Consider for instance the fact that under Elon’s helm, Twitter could change its tune regarding its offering of digital space for other companies on Twitter. This is already a bone of contention within the tech space and could create pressure for other companies to follow suit.

Another key feature to consider is the fact that once Twitter goes private, it won’t need to disclose its financial performance which it has been reporting thus far as a publicly traded firm. This means that there will be far less transparency from one of the largest players within the tech and social media industries.

Provided Musk becomes the sole controller of the microblogging platform, he would be able to make a number of changes to it including those he has discussed and advocated for in the past. He was previously vocal about creating an “edit” button that would enable users to alter tweets that they had previously made. The creation of this button has been much debated and one that Twitter thus far has chosen to avoid adding.

Another one of Musk’s objectives has been to make the company’s algorithms open source as he feels that this would increase trust. In Musk’s opinion, this objective along with all others he enacts is designed to ensure that Twitter creates space for free speech. While understanding how this would impact ordinary Twitter users is hard to say, there does exist the possibility that users will need to provide additional information in order to be verified. Further, what is deemed acceptable content may alter and users who have previously been banned from the social networking platform may be permitted to return to the website.

Ultimately, it remains to be seen what changes will be made provided the microblogging platform is acquired by Elon Musk. Twitter shareholders, investors and users will face certain ramifications as Musk will be well within his right to make major changes to the platform.