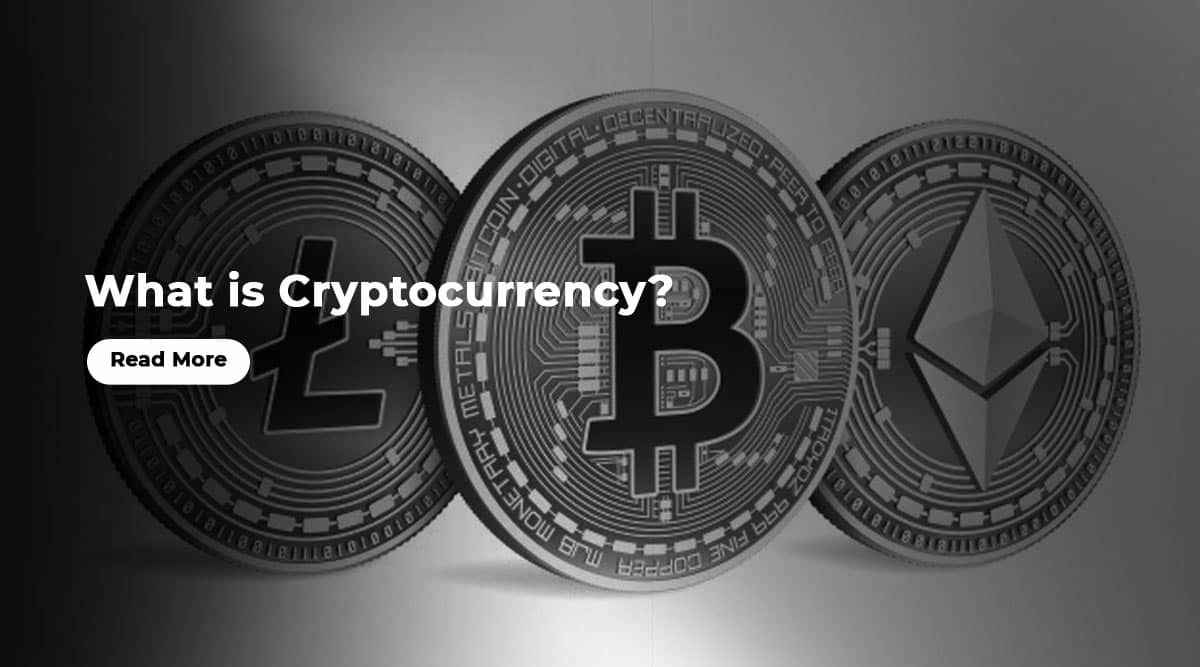 A cryptocurrency is a virtual currency that is used to conduct transactions on a blockchain. There is a lot of buzz going around this, concepts of decentralization, mining and tenders. Read on to get a clear picture of this.

The term cryptocurrency has begun to be used with increasing fervour over the past decade, with the term reaching a crescendo in the past four years. Set against this backdrop, you might find yourself wondering, “what is cryptocurrency?” If that is the case, this article is perfect for you!

Cryptocurrency – What Is It?

You can understand cryptocurrency to be a virtual or digital currency whose security is owed to cryptography. This makes the chances of said currency being counterfeited or double-spent practically impossible.

What serves as a key feature of cryptocurrencies is the fact that they are ordinarily not issued by a central authority. Owing to this very fact, cryptocurrencies are technically immune to any manipulations or interferences run by a government.

Operating as systems that enable secure payments to occur online, cryptocurrencies are identified with virtual tokens showcased in ledger entries within the system itself.

When looking at the term itself, crypto is used to refer to the numerous algorithms that encrypt the currency and the cryptographic practises that secure each of these entries.

There exist a wide range of cryptocurrencies in the market today. That being said, Bitcoin, which was the original blockchain-backed cryptocurrency, continues to dominate the market and holds value.

Different forms of cryptocurrencies hold varied functions and carry out different specifications. While some function as copies of Bitcoin, others are newer currencies that have their original models. Ethereum and Litecoin serve as the newer competitors to Bitcoin.

As of August this year, cryptocurrencies collectively amount to a valuation of more than USD 1.8. trillion. Bitcoin accounts for 46.5 per cent of this value.

Pros and Cons Associated with Cryptocurrencies

The advantages of cryptocurrencies are the promise of enhancing the ease associated with transferring funds directly between two groups. They do so while also eliminating the requirement of a trusted third party which could be a credit card company or a bank.

Instead, public and private keys are responsible for securing these transfers along with a number of incentive systems ranging from proof of work to proof of stake.

In layman’s terms, a user’s “wallet” or the address of their account has a public key. This stands in opposition to the private key whose information lies with the account holder alone and is used to authorize transactions.

Modest processing fees are incurred each time fund transfers occur, thereby removing the steep fees users might otherwise be exposed to when they transfer money from banks or with the help of financial institutions that carry out wire transfers.

When looking at the disadvantages, transactions made with cryptocurrencies are often used to carry out several illegal activities ranging from tax evasion to money laundering. This is owed to the almost-obscure nature of cryptocurrencies that allows individuals to remain anonymous.

That being said, proponents of cryptocurrencies often favour the high level of anonymity cryptocurrencies allow. Their reasons include protection this form of currency provides against whistle-blowers and activists who face pressure from regressive governments.

It is essential to understand that different cryptocurrencies have different levels of privacy. Bitcoin, for instance, is not too secure as a forensic analysis conducted on the Bitcoin blockchain has aided officials to arrest and charge criminals.

Cryptocurrencies like Dash and ZCash are more secure and aren’t as easy to trace.

The Future Potential for Cryptocurrency

The potential for cryptocurrency and blockchain technology is, according to experts, said to lie in its potential use of voting online and crowdfunding. Large scale financial institutions that have a significant presence in the West, such as JP Morgan Chase, view cryptocurrencies as a way of being able to lower transaction costs. They believe that this would be possible due to streamlined payment processing.

Transaction costs here refer to the costs associated with offering services. These costs play a major role in determining what net returns amount to. By lowering these costs, it is possible for banks to enhance their services and better serve their customers with greater efficiency.