What Is Double Taxation? 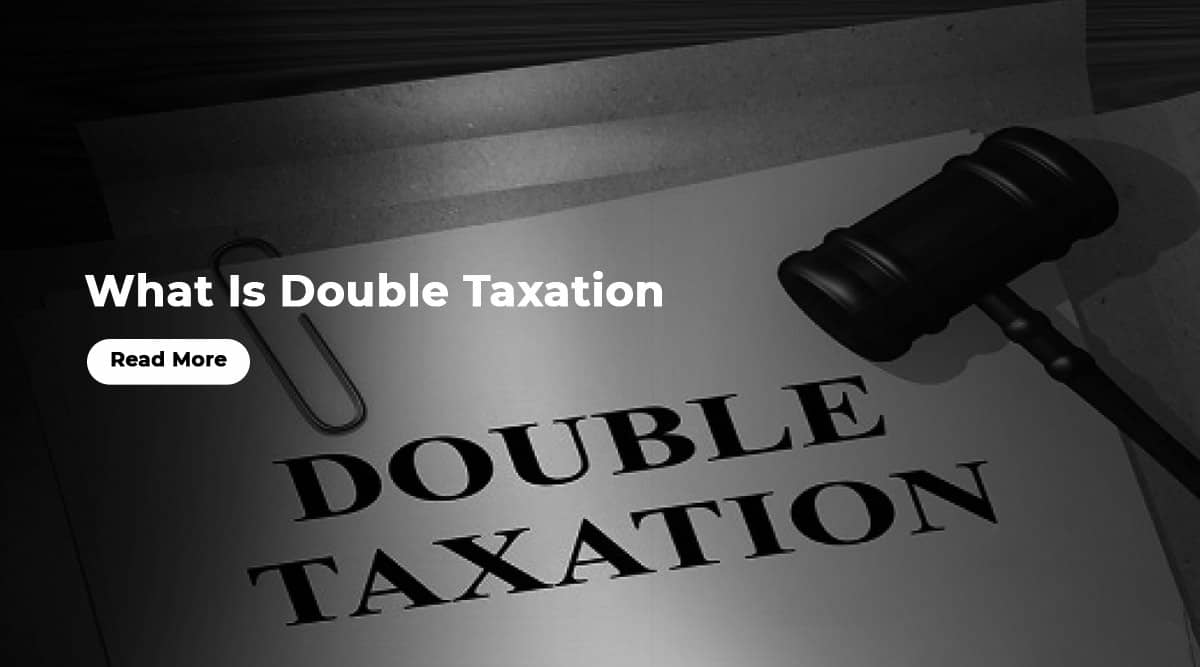 Corporations follow a separate set of regulations and have different duties than other types of businesses. And whether you run a business or are a stakeholder in one, you should be aware of the concept of double taxation. Corporations, unlike other forms of company arrangements, are taxed twice. Continue reading to learn what double taxation means!

How can we prevent double taxation?

While an assessee cannot avoid double taxation, the Income Tax Act does give some relief to people whose earnings are likely to be taxed twice. The foundation of this relief method is a Double Taxation Avoidance Agreement.

What exactly is a DTAA?

A tax treaty between India and another nation is known as a double taxation avoidance agreement. A person may avoid being taxed twice by following the requirements of this treaty. DTAAs may be either comprehensive agreements that include all sources of income or specific treaties that focus on a specific group of them.

For example, India and Singapore have a DTAA in which income is taxed based on the individual's residence status. This simplifies the taxes process and guarantees that an individual's income generated outside of India is not taxed twice. India now has DTAAs in place with over 80 nations.

Corporations are taxed as commercial entities, and each shareholder's personal income is taxed as well. Because companies and their stockholders are regarded as different legal entities, double taxation occurs.

How does the Income Tax Act give relief from double taxation?

Unilateral relief: Section 91 of the Income Tax Act of 1961 allows for exemption from double taxes on a case-by-case basis. Regardless of whether India and the foreign nation in issue have a DTAA, a person may be exempt from being taxed twice by the government under the terms of this clause. There are, however, certain requirements that must be met in order for a person to be eligible for unilateral relief. These are the conditions:

Section 90 of the Income Tax Act of 1961 covers bilateral relief. It has a DTAA that protects it from double taxation. This sort of assistance is provided in two ways.

The exemption approach provides comprehensive protection against double taxation. That is, if the money generated outside of India has been taxed in the foreign nation in question, it is not taxed in India.

Individuals or corporations may claim a tax credit (deduction) for taxes paid outside of India using this approach. This tax credit may be used to offset taxes owed in India, lowering the assessee's total tax burden.

Rahul chooses to give himself Rs 100,000 in retained profits as a dividend for the year. As a result, he must report Rs 100,000 in dividend income on his personal tax return and pay a 15% tax on it. As you can see, the earnings created by XYZ were taxed twice: first at a corporate level of 20% and again at a personal level of 15%.

Let's pretend Rahul chooses to relocate his firm to a different nation. His profits in the new nation are taxed according to the country's tax system, but this does not exclude him from paying US income taxes. In addition to the overseas taxes, he must still pay US income taxes. This is also a regular occurrence when someone works in one nation and transfers money to his family in another. The money is often subjected to his original country's income tax rate.

Individuals receiving income from other countries may reduce their tax liability and prevent double taxation by employing the provisions of DTAAs and the relief measures provided by the Income Tax Act.