Earnings Before Interest and Taxes (EBTA) 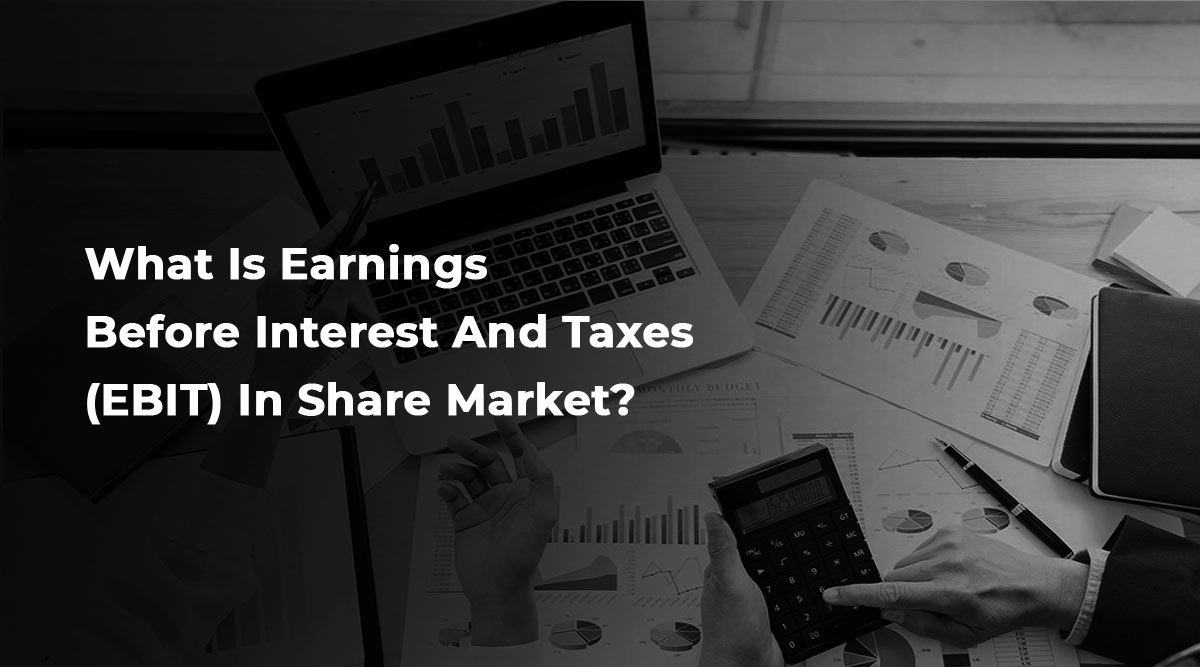 It's difficult to assess your company's financial health. There are a lot of numbers to think about, and they don't always add up. Accountants and financial experts often depend on characteristics that are more predictable and constant, such as EBIT.

EBIT stands for earnings before interest and taxes and is a measure of a company's profitability. Operational earnings, operating profit, and profit before interest and taxes are all terms used to describe EBIT. The cost of production, including raw materials, is included into the EBIT calculation, as are overall operational expenditures, which include personnel compensation. These expenses were then deducted from income. The steps are as follows:

EBIT is the profit generated by a company's activities, and it is sometimes referred to as operating profit. EBIT focuses entirely on a company's capacity to create profits from operations, disregarding elements such as tax burden and capital structure, by ignoring taxes and interest expenditure. EBIT is a particularly helpful indicator for determining a company's capacity to create sufficient profits to be profitable, pay off debt, and sustain continuous operations.

EBIT is useful in examining organizations that operate in capital-intensive sectors, which means their balance sheets include a considerable amount of fixed assets. Physical property, plant, and equipment are examples of fixed assets that are often funded with debt. Companies in the oil and gas business, for example, need a lot of cash since they need to fund their drilling equipment and oil rigs.

As a consequence of the enormous quantity of debt on their balance sheets, capital-intensive sectors have high interest costs. Debt, on the other hand, is required for the industry's long-term development if properly managed. When compared to one another, companies in capital-intensive sectors may have more or less debt. As a consequence, when compared to one another, the firms' interest expenditures would be higher or lower. EBIT allows investors to evaluate a company's operational performance and profits potential while excluding debt and interest expenditure.

Investors evaluating numerous firms with varied tax conditions will find EBIT useful. For example, if an investor is considering purchasing shares in a firm, EBIT may assist in determining the company's operational profit without accounting for taxes. The company's net income or profit would grow if it recently obtained a tax holiday or if corporation taxes were reduced.

The advantages of the tax cut are nevertheless excluded from the analysis using EBIT. Investors can compare two businesses in the same industry but with various tax rates using EBIT.

EBIT may be calculated in a variety of methods, and since it is not a GAAP statistic, it is not always identified as such in financial statements. Always start with entire revenue or total sales and deduct operational expenditures, such as cost of goods sold. One-time or unusual events, such as income from the sale of an asset or the expense of a litigation, might be excluded since they are unrelated to the business's main activities.

Non-operating revenue, such as income from investments, may be reported as well. In this scenario, EBIT is separate from operational income, which does not include non-operating income as the name suggests. Interest income is often included in EBIT, although depending on the source, it may be excluded. If a corporation lends credit to its clients as a necessary aspect of its operation, interest revenue is a component of operating income that must always be included. Interest revenue received from bond investments, on the other hand, or fines charged to customers who pay their bills late may be deducted. This adjustment, like the others, is at the discretion of the investor and should be made similarly to all firms being compared. Taking the net income number from the income statement and putting the income tax expense and interest expenditure back into net income is another technique to compute EBIT.

Depreciation is included into the EBIT calculation, which may result in disparities between firms in various sectors. Depreciation costs would be detrimental to the company with fixed assets if an investor were to compare it to a company with less fixed assets because the expense lowers net income or profit.

In addition, organizations with a lot of debt will almost certainly have a lot of interest expenditure. EBIT eliminates interest expenditure, which boosts a company's profits potential, especially if it has a lot of debt. If the firm grows its debt owing to a lack of cash flow or bad sales performance, not including debt in the study might be detrimental. It's also worth noting that in a rising rate environment, interest expenditure for enterprises with debt on their balance sheet would climb, which must be included into the analysis of a company's financials. Finally, calculating EBIT may be challenging, particularly for individuals who are new with the concept. Anyone who is having trouble estimating this value should contact one of the top online accounting services.

Whether you're a business owner or an investor looking to benefit from a company's success, EBIT is critical. The calculation, combined with the enterprise value, may be used by investors to analyse firms and determine where the best investments are.