Chapter 3 / 11
1. Sectors of the stock market 2. A short primer on sectoral indices

All about Nifty Bank 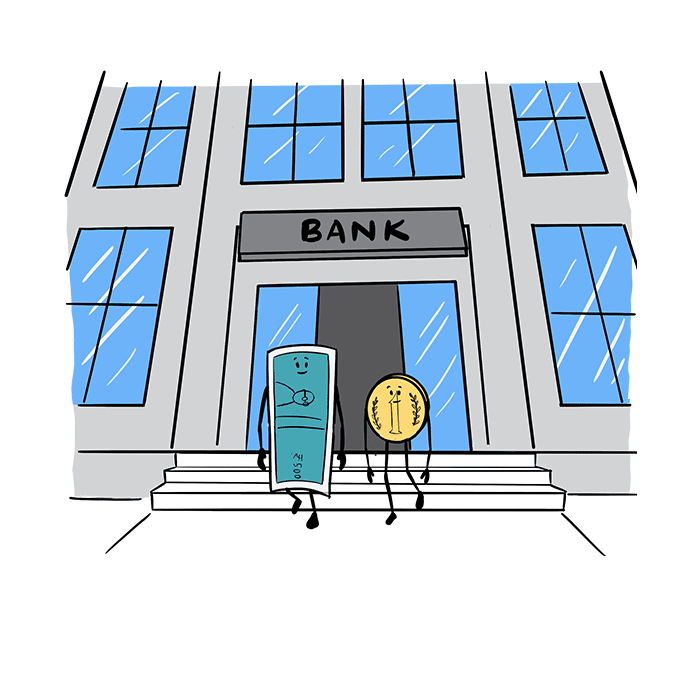 Now that you’ve been briefed about the various sectors and sectoral indexes in the Indian stock market, it's time we touched upon a few of the most important indexes. We’ll start with the Nifty Bank Index, which is considered by many to be the second-most important index, preceded only by the Nifty 50. So, let’s get on with it.

What is the Nifty Bank Index?

That’s not all. It is also used as a benchmarking tool by mutual fund houses and Asset Management Companies (AMCs) to measure the performance of their funds against the index. The derivatives of the Nifty Bank can also be traded on the exchange to profit from the short-term price movements of the index.

What are the constituents of Nifty Bank?

As you’ve already seen above, the Nifty Bank is made up of 12 of the largest and the most liquid banking companies in India. Let’s take a look at them one after the other, in the order of their index weightage.

Close on the heels of HDFC Bank is ICICI Bank, the country’s second largest private sector bank. In addition to having its operations in India, the bank also has a multinational presence in countries such as the U.K, Canada, the U.S., Singapore, and Qatar, among others. ICICI Bank is in the second position, with 19.56% weightage in Nifty Bank.

Since its incorporation in 1993, Axis Bank has managed to quickly rise up in the ranks to become the third largest private sector bank in India. The bank recorded a net operating income of around Rs. 1,853 crores in FY2020. With a weightage of 15.93%, Axis bank is in the third position in the Nifty Bank index.

Catering to both retail and corporate customers, Kotak Mahindra Bank offers more than just banking services. Personal finance, wealth management, investment banking, and life insurance being some of the other services that the bank also provides its customers. With respect to the weightage, the bank is in the fifth position, with around 12.37%.

Headquartered in Pune, IndusInd Bank is one of the new-generation private sector banks in India. Since its inception, the company has grown tremendously and now generates around Rs. 4,417 crores as net profits. This gives IndusInd Bank around 5.35% of weightage in the Nifty Bank index.

Thanks to a pan-Indian presence and around 5,197 banking outlets, Bandhan Bank directly services around 2.25 crore customers throughout the nation. One of India’s youngest banks to have featured in the Nifty Bank index, Bandhan Bank has an index weightage of around 2.07%, placing it in the seventh position.

Another major private sector Indian bank, the Federal Bank is quite well-known for having a large NRI customer base of around 1.5 million. With two representative offices in middle eastern countries - Abu Dhabi and Dubai - the bank handles around 15% of all the inward remittances to India. In the index weightage area, Federal Bank occupies the eighth position, with around 1.48%.

IDFC First Bank is one of India’s fastest growing private sector banks. To enhance its retail lending portfolio, the bank, which was known as IDFC Bank back then, merged with Capital First. IDFC First Bank is currently in the ninth position in the Nifty Bank index, with a weightage of around 1.18%.

Formerly known as Ratnakar Bank, RBL Bank is another private sector bank that was established in the year 1943. The bank is involved in providing commercial banking, corporate and institutional banking, development banking and financial inclusion, and treasury and financial market operations, among other services. In terms of index weightage, RBL bank is in the tenth position, with 0.94%.

With more than 131 million customers, Bank of Baroda is the country’s third largest public sector bank. Thanks to more than 100 overseas branch offices, the bank is also quite big on having a global presence. However, in terms of index weightage, Bank of Baroda comes in at the eleventh position, with 0.91%.

The recent merger of United Bank of India and Oriental Bank of Commerce with Punjab National Bank has elevated the bank to the second position in the largest public sector bank list. In terms of index weightage, however, PNB is in the last position with just 0.87%.

Just like how you utilize the short-term price movements of the Nifty 50 index, you can do the same with Nifty Bank as well using derivatives. With the Nifty Bank index, you have both futures and options to trade in. Here’s a quick look at the contract specifications.

Unlike the Nifty Bank Index, the S&P BSE BANKEX has only 10 constituents. Here’s a brief look at them.

So then, that’s about it for this chapter on Nifty Bank Index. In the next one, we’ll be focusing on another major sectoral index - Nifty Financial Services. Until then, stay tuned!

What are market sectors?

All about Nifty Financ...

Hey, I have discovered this amazing financial learning platform called Smart Money and am reading this chapter on All about Nifty Bank. You can explore too.