Chapter 9 / 11
1. Sectors of the stock market 2. A short primer on sectoral indices

All about Nifty Oil & Gas 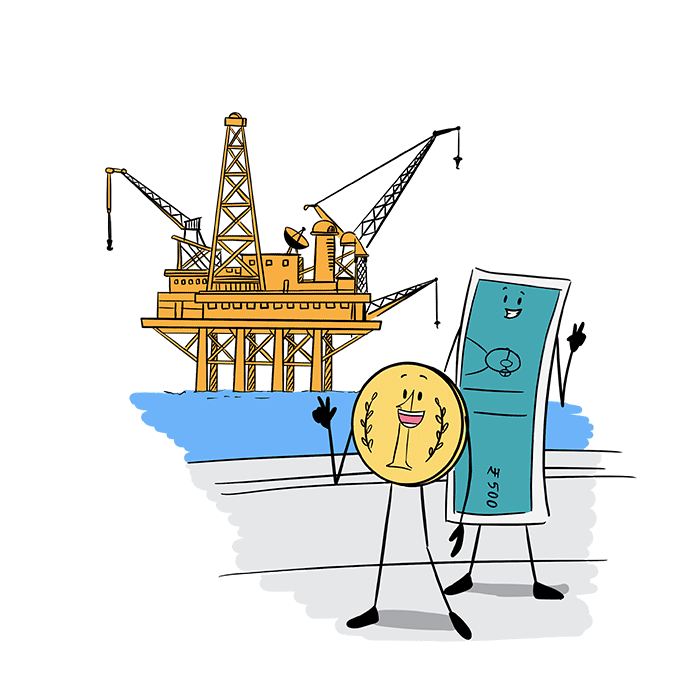 With this, we’ve finally reached the penultimate chapter of this module on sectoral indices. In this, we’re going to be concentrating on one of the sectors that has the most impact on the economy - oil and gas.

In terms of oil and gas refinement capacity, India is currently in the second position in all of Asia. Our petrochemical industry, which includes refineries, plays a key part in delivering refined fuels to help keep the economy afloat.

With the oil and gas sector taking on such an important role, it is crucial to constantly keep an eye on the performance of the sector and the various industries within it. This is where the Nifty Oil & Gas Index comes in. And here’s everything you need to know about it.

What is the Nifty Oil & Gas Index?

To accurately capture the performance of the petrochemical industry and its various constituents, the National Stock Exchange came up with the Nifty Oil & Gas sectoral index. This index consists of 15 of the largest companies operating under the oil, gas, and petroleum industry that are listed in the NSE. Nifty Oil & Gas is widely used by traders and investors to gauge the behaviour of the stocks of petrochemical companies.

What are the constituents of the Nifty Oil & Gas Index?

Now that you’ve gotten a brief overview of the Nifty Oil & Gas Index, let’s take a look at the top 10 constituents and their respective weightages in the index.

Here’s a brief overview of all the 15 constituents of the Nifty Oil & Gas index.

As with many of the other sectoral indices we’ve seen in the previous chapters, the National Stock Exchange hasn’t launched any derivative contracts with the Nifty Oil & Gas Index as the underlying asset. This effectively means that you cannot trade and profit off the short-term price movements in the index.

The Bombay Stock Exchange has also come up with its own oil and gas sectoral index to track the performance of the stocks of petrochemical companies listed on its exchange. Unlike Nifty Oil & Gas, the S&P BSE Oil & Gas index consists of just 10 constituents. The BSE index omits Adani Total Gas, Aegis Logistics, Gujarat Gas, Mahanagar Gas, and Oil India from its list of constituents.

With this, we’re officially done looking at the key sectoral indices in the Indian stock market. In the next and final chapter of this module, we’ll quickly run through the other relatively minor indices that we haven’t seen up until now. And so, buckle up for the ride.

How to do sector analysis?

Hey, I have discovered this amazing financial learning platform called Smart Money and am reading this chapter on All about Nifty Oil & Gas. You can explore too.