Chapter 3 / 11
1. An Insider's Guide to Access Bias 2. Relativity bias: this is better because that is worse

Frog in boiling water: nothing's changing, but everything has changed! 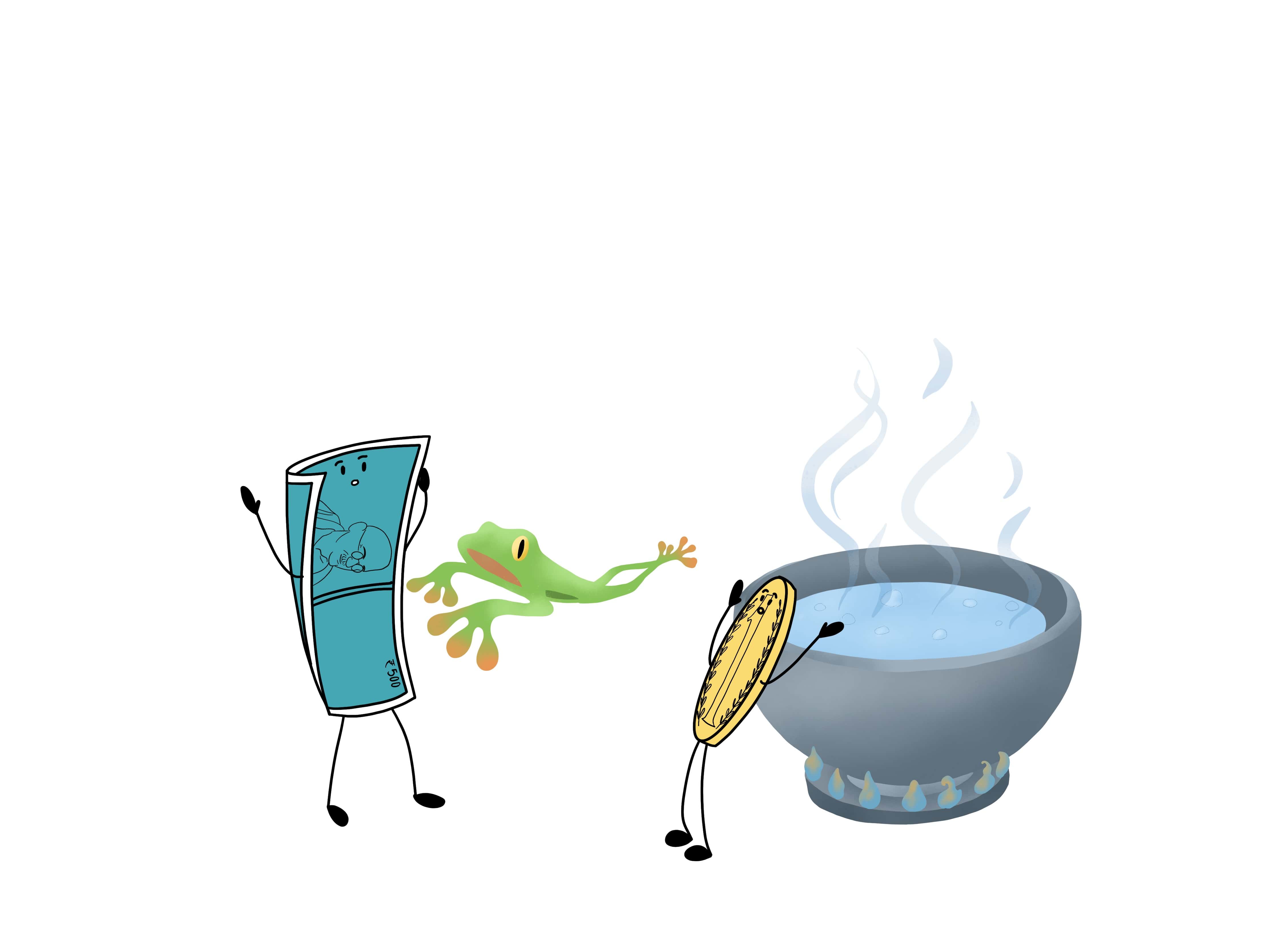 The volatility of stock prices is like boiling water – if you put the frog in boiling water, he jumps out. Till the time the water temperature increased slowly, the frog was ok – this is akin to the low volatility situation of the previous decade. The moment a frog was thrown into boiling water, it jumped. That was the month of March 2020.

The frog in this case could be equated with the human mind. Investors get scared of the wild price fluctuations, or the heightened volatility. Due to this, they either run away from equity investing or borrow and buy stocks. In other words, the strong emotions of greed and fear take over and the investor starts to act irrationally. An advisor needs to calm the investor and explain that this is indeed the nature of the equity markets. Prices move up and down, and often sharply.

The boiling frog syndrome is one of those myths with vast practical implications. That’s because the human equivalent of the boiling frog is there in all of us. Like that mythical frog, we are not wired to recognize slow, gradual changes.

It’s not just the insiders who miss seeing the oncoming train that will wreck their businesses. Analysts who track businesses closely tend to miss it too.

Why does this happen?

Well, part of the reason is commitment bias.

Part of the reason is pain-reducing psychological denial.

And part of the reason is the boiling frog syndrome — failure to notice, the slow gradual erosion of one’s competitive advantage because one is focused on daily, weekly, quarterly, or even annual changes, not long-term ones.

When stock prices rise or fall fast, as shown in the graph below, investors get in (buy) or get out (sell) of them. They instantly know that the water is already very hot, or very cold, so they jump out fast. 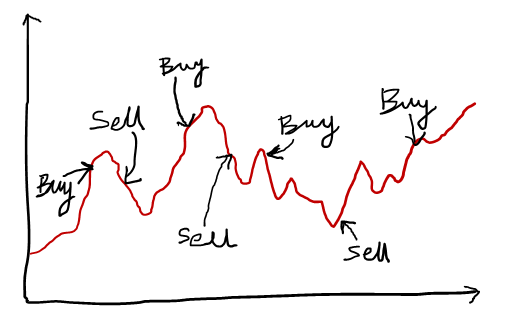 But when the rise or fall in stock price is slow (like the slowly heating up water), investors take it casually. 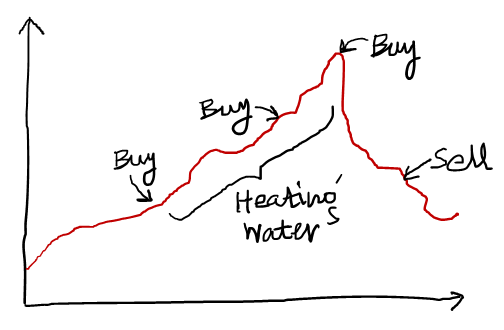 They become passive, like the frog that soaks in the warmth of heating water without knowing that the same water will ultimately boil and kill it.

For investors, the gradually but ever-rising market is like that heating water, and the peak of stock prices is the boiling point.

We have already seen the Indian economy get back on its feet after the slowdown of 2008 and early 2009. We have also seen a recovery in stock prices from their lows of March 2009.

But as you must note, a large part of this recovery has been fueled by cheap money (printed by western central banks) sloshing around the world. And when there’s too much (free) money chasing few high-return assets (like Indian and other emerging market stocks), the result is asset price inflation.

While Indian stocks haven’t seen any drastic fall since touching their highs in October 2010, valuations remain fairly reasonable especially when seen in the context of the new emerging dangers to the economic recovery.

The digital camera industry didn’t kill Kodak in a day or a year.

And the smartphone industry won’t kill the digital camera industry in a day, or a year either.

Nor will the electric vehicle destroy the economics of multiple industries dependent on the internal combustion engine in the short term.

The decay will happen gradually, much in the manner described by this dialogue from Ernest Hemingway’s 1926 novel, The Sun Also Rises.

“How did you go bankrupt?” Bill asked.

The decline happens so slowly that it’s difficult to detect, and it is often masked by “shifting the burden” palliatives such as increased advertising, discounting, “restructuring,” or tariff protection. Two things make this pattern hard to see. First, it is gradual. If all this happened in a month, the whole organization or industry would be mobilized to prevent it. But gradually eroding goals and declining growth is insidious.

Now that you know the meaning of Frog in boiling water: nothing's changing, but everything has changed! it’s only logical that we move on to the next big topic - Sunk cost fallacy: I have already lost so much! To discover more, head to the next chapter.

What is Sunk cost fall...

Hey, I have discovered this amazing financial learning platform called Smart Money and am reading this chapter on Frog in boiling water: nothing's changing, but.... You can explore too.