Chapter 3 / 11
1. Insurance: The History of Insurance 2. History of insurance in India: How did it begin? 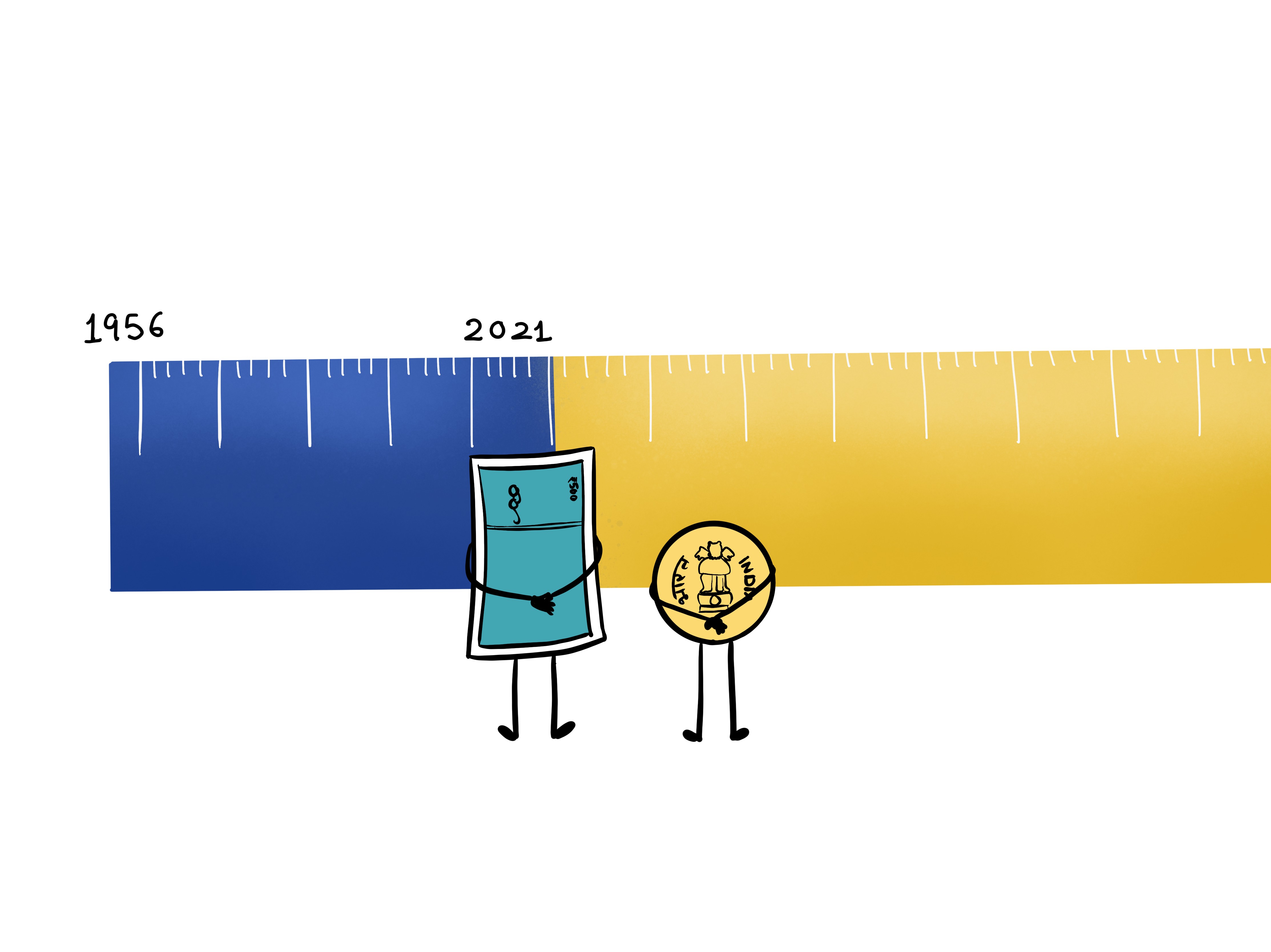 These words have always surrounded us with their well crafted advertisements knitted with the love and care for the family, and the security of LIC.

It was established to provide the sense of financial stability to all the classes of society, making sure the families are secured financially in case something happens to the breadwinner of the family.

Why was the insurance sector nationalised?

The need and demand to nationalise Insurance was raised multiple times with progressive efforts made by various insurance and finance companies mushrooming between 1938-1944. The legislative assembly introduced the act in 1938, which concerned nationalising all the insurances, including life.

While demanding the need for Nationalisation of Life Insurance, the then Finance Minister, CD Deshmukh highlighted the malpractices and profit-making strategies being done which led to the need for making Life Insurance public sector. He stated, “Insurance is an essential social service that a welfare state must make available to its people. The State must assume responsibility for rendering this service once it cannot be provided in any other manner. So while it is the failure of the general run of insurance companies to live up to the high traditions demanded of them that has led the Government to take this step. I would like to emphasise that nationalisation in this field is in itself justifiable. With the profit motive eliminated, and the efficiency of service made the sole criterion under nationalisation, it will be possible to spread the message of Insurance as far wide as possible, reaching out beyond the more advanced urban areas and into hitherto neglected, namely, rural areas.”

The bill was later brought in to amend the Life Insurance Act of 1934  in the year 1944. It still took more than a decade for the amendment, post-independence and on 19th January 1956, the Life Insurance in India was nationalised. It changed the outlook of the insurance sector in India for the 154 Indian insurance companies, 16 non-Indian companies, 75 provident which were functioning in the nation at the time.

LIC came into existence on 1st September 1956, after combining the forces between existing insurance companies and providents. It started off with 5 zonal offices, 22 divisional offices and 212 branches.

-To simplify the insurance benefits and sell life insurance policies in urban and rural areas to benefit economically backward regions.

-To establish insurance products as a mode of savings as well to mobilize the method of savings.

-To invest the policyholders' funds in a way that the returns are attractive and secured.

-To become a trusted household name in the nation where policyholders can dawn their faith and trust.

-To promote a sense of belonging and pride in the minds of the company's agents and employees.

Above all, LIC’s mission statement states-

‘Ensure and enhance the quality of life of people through financial security by providing products and services of aspired attributes with competitive returns, and by rendering resources for economic development.’

According to research in the Insurance sector in India, LIC was named as the most trusted insurance provider in India. It happened because LIC provides consideration to its customers. With more than 60 years of faith and trust built upon the name, LIC is a family name when it comes to Insurance. The comfort of getting your policy done at home, with a trusted agent who seeks your good, LIC has bonded with its policyholders over the years. The trust has been passed generation to generation. Also, with the latest tech developments in the industry, LIC has also stepped up into all online-based insurance providers.

The Non-life insurances, also known as General Insurance, was led forward to be nationalised in the year of 1973. It was not nationalised before as the general insurance branch was still considered as the private property of trade and industry.

However, in the year 1972, the General Insurance Business Act was introduced and on 1 January 1973.

The objective of nationalising General Insurance in the nation was stated by Prime Minister Jawaharlal Nehru as -- “The nationalisation of life insurance is an important step in our march towards a socialist society. Its objective will be to serve the individual as well as the state. We require life insurance to spread rapidly all over the country and to bring a measure of security to our people.”

This two-part nationalisation in the Insurance sector witnessed a paradigm shift in the economy of a post-independence developing nation. While India was still finding its ways to strengthen the roots of its economy, this step made the foundation of upcoming revolutions in the finance and industrial segments of the country.

One such revolution came in the year of 1999, which was called as “Recommendations of Malhotra Committee, headed by Ex-RBI Governor RN Malhotra. This committee was put together by the Govt. of India in the year 1993. Its main was to reflect and complement the standards and reforms of the Insurance industry of India. A report was submitted in 1994 by the said committee, which unfolded another level of revolution in the industry which we will discuss in the upcoming chapters.

How about we discuss much more about the evolution of insurance in India in the next module?

How did Insurance begin?

Hey, I have discovered this amazing financial learning platform called Smart Money and am reading this chapter on LIC: India's Insurance for Decades. You can explore too.