Chapter 5 / 11
1. What are Public Limited Companies in India? 2. How Do Shareholders Earn Money by Trading?

All about 'shares' and 'shareholding' 3. Benefits of Interest to consider in Investments 4. Questions Asked Before Investing

How to learn about a business? 5. Meet SEBI 6. What are stockbrokers?

An introduction to financial analysis 7. What are financial statements? 8. Beyond Numbers: Decoding Annual Reports

Valuing the worth of your money 9. Understanding analyst reports 10. What is the Efficient Market Hypothesis 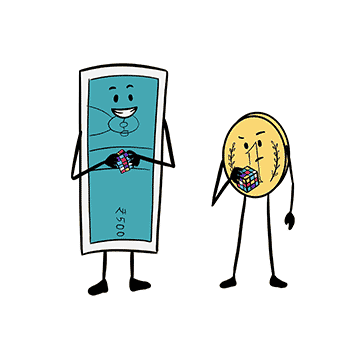 Remember your brief encounter with the Securities and Exchange Board of India (SEBI) back in module 1? It’s now time to get to know this stock market regulator better. What is SEBI? How is its hierarchical structure made up? And why was it set up, in the first place? Come on, let’s find out the answers to these questions and more.

You’ll recall that SEBI is a statutory regulatory body that is responsible for regulating the security and commodity markets in India. The entity is owned by the Government of India and it was established in 1988. However, up until 1992, it was a non-statutory body that did not really have much control over the markets. It was only on January 30, 1992, that SEBI was declared an autonomous body and given statutory powers through the SEBI Act, 1992.

Headquartered at the Bandra Kurla Complex in Mumbai, the Securities and Exchange Board of India also has several regional offices in other cities across the country, such as:

Why was SEBI established?

By the end of the 1970s and all through the 1980s, the capital markets and the promises they held drew in several investors in India. Many individuals as well as corporations began to participate in the trades in these markets. However, without any rules and regulations to guide them, these capital markets became a hotbed for many kinds of malpractices.

Unofficial private placements were made, prices were rigged and many self-styled merchant bankers emerged. There were also violations of the rules made by stock exchanges and the provisions of the Companies Act were not adhered to.

These developments led to a situation where the people’s trust in the stock markets began to weaken. To counter the impact of these adverse cycle of events, the government recognised the need to set up a regulatory body. And that’s why SEBI was established – to regulate the working of the markets and to reduce and eliminate malpractices.

SEBI’s board consists of nine members, as per the following mix.

The functions of the Securities and Exchange Board of India

In its endeavor to safeguard the interests of investors like you, SEBI primarily has three types of functions:

Let’s look into these functions in a little more detail.

SEBI performs these functions to protect the interests of traders, investors and other participants in the financial markets. The role of SEBI in the protective sphere includes:

SEBI’s regulatory functions help the statutory body keep a check on how the business in the markets is carried out. The role of SEBI in the regulatory sphere  includes:

SEBI not only regulates the markets, but it also has a keen interest in developing them. That’s why its functions also include developmental roles. The role of SEBI in the developmental front includes:

What powers does SEBI have?

To perform this threefold set of functions, SEBI needs to have quite a bit of relevant power, isn’t it? The regulations of the SEBI Act give this autonomous body three kinds of powers. Here’s a closer look at the powers of SEBI.

These powers give SEBI the authority to conduct hearings and pass judgements in case there are any fraudulent or unethical trading practices in place. By exercising these powers, SEBI can ensure that there’s transparency and fairness in the capital markets.

With these powers, SEBI can draft rules and regulations to protect intermediaries or investors like you. It also helps reduce chances of any malpractices or fraudulent trading activities occurring.

The quasi-executive powers of SEBI allow it to inspect the books of accounts and other documents of parties in case of any traces of any suspicious activity. They also allow the regulatory body to file a case against anyone who violates SEBI regulations and rules.

As an investor, what is your relationship with SEBI?

In addition to its above-mentioned functions, SEBI also has certain reporting requirements that listed companies must meet. These reports can prove to be valuable sources of information for investors like you, since they give you a deeper insight into the financials and other qualitative aspects of a company.

Although you will not directly interact with the Securities and Exchange Board of India as an investor in the Indian financial markets, the presence and the powers of SEBI ensure that you have a fair and hassle-free trading experience. The SEBI also protects the interests of other financial intermediaries and keeps them in check.

In fact, you’ll interact directly with one of these intermediaries – the stockbrokers. So, as an investor, it helps to learn about who stockbrokers are and what they do. Head on to the next lesson to get to know more about these brokers.

How to learn about a business?

Hey, I have discovered this amazing financial learning platform called Smart Money and am reading this chapter on Meet SEBI. You can explore too.