Chapter 2 / 11
1. How to manage Investment Biases 2. The Biology of Biases: Types and Defination

The Biology of Biases: Types and Defination 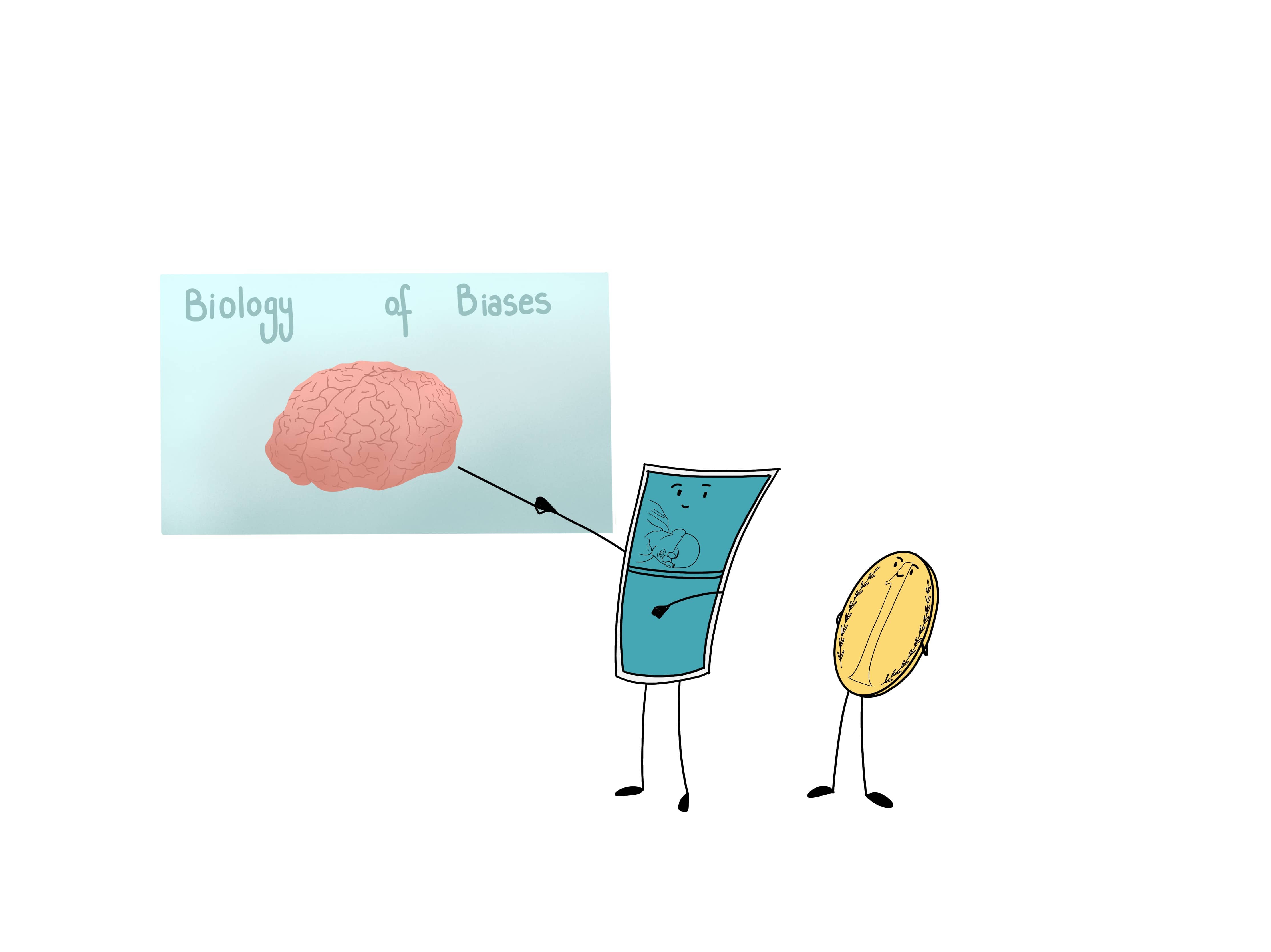 Biology of Prejudices: Has Evolution Fooled Us?

Everybody wants to be safe and secure when they want to use their hard earned money. Whether spending it on life's needs or enjoying luxury for comfort. It would be fair to say that we always think of it as an investment. But before investing, an investor always thinks about the worst case scenario so that the risk can be properly evaluated. Sometimes critical thinking leads us to biases based on human psychology, which often lead us to decisions that may not be so good for investing financial resources.

Behavior bias is often referred to as decisions taken unknowingly, often without considering the importance of making fair decisions. And these are based on prior assumptions and beliefs, irrational beliefs, beyond reality.

Ramesh Shekhar, a 30-year-old sales manager, works in an insurance tech company. He started making financial investment plans only two years after his career. What he learned from his father about the benefits from his investment in Insurtech proved to be very effective for him. Like his 60-year-old father, he was satisfied with the 2.5% annual interest on fixed deposits in the bank. Even when his colleague showed him his stock exchange-based portfolio with an interest rate of over 12%, he still insisted on the assumption that the stock market risk was high and he did not want to step into it.

Cognitive bias is based on verbal advice, sensational news, and unacceptable decisions that can be harmful to investment. Let's take a look at these biases and how they inadvertently influence our investment decisions-

One part of human behavior that is present in all of us is confirmation bias. This is the bias when an investor seeks the same information to support his ideas or concepts, or argues based on half-baked information to justify his bias. It can also be seen as a feeling of satisfaction over the decision taken for themselves as the data and information chosen confirms their decision.

Confirmation bias is often the result of over-confidence, in which investment decisions are often inaccurate. Look for information and facts that can challenge decisions to reduce the risk of creating this bias. Look for suggestions that reverse the investment case to see why your decision is wrong. It is time to self-examine your decision.

Another human nature-based bias, loss prevention bias, focuses the investor on risk and loss avoidance rather than just profit. The investor prefers to focus on finance management most safely and does not want to suffer losses in the market. This can give rise to irrational investment decisions and may hinder the investor from selling loss-making investments in the hope of a return of profit at some time.

Those who get deferred on investment plans and do not follow the option cost ratio miss out on getting the best opportunities because of sticking to no-loss policies.

We always live in memories. This backwardness is similar to bias because investors with such bias are often focused on returns, plans and losses on previous investments. This situation is similar to the way a child accuses his dog of eating homework. In this way, the investor sees all previous gains and profits as a planned investment and blames the losses and mismanagement in them on unforeseen events.

This type of mental state can tarnish your present judgment and mis-assess previous decisions. Everybody makes mistakes and when the investment returns are not according to your estimates, it is a shock. But this does not mean that unforeseen circumstances are to blame. You should calculate both profit and loss on a realistic basis with clear thinking and reason.

We are living in a time where we get a stock of daily information without any confirmation. As an investor, most information can cause hundreds of doubts about investment plans and easily confuse them when choosing an investment. This overload of information can become prejudicial to the investor. The best way to avoid this is to ignore this unnecessary information and avoid it because this information can sometimes be inaccurate.

It is necessary to investigate fraud and unproven instances related to investment. But at the same time it is also necessary to remove such information which is clearly of no use and will only hamper the investment plan. It is reasonable to think that investors should avoid looking at daily share-price moves and focus on big things, which can be a medium-term investment.

There is an old saying that fits well for us from years to the present day, "If one sheep jumps into the pit, the other sheep will do the same." Profitable bias is a pattern of finding comfort in what people around us are doing without thinking about the long-term consequences.

To be a successful investor one needs to think in person and analyze things for oneself. You need to be able to make independent decisions because our investment will affect us, whether it is profit or loss. You will find peace knowing that your analysis and calculations have given you results, not someone else.

Having understood biases we will now move on to understand "attachment bias". But before we proceed, let us look at this chapter once more.

How to manage Investme...

Hey, I have discovered this amazing financial learning platform called Smart Money and am reading this chapter on The Biology of Biases: Types and Defination. You can explore too.