The age of oil 3. Crude oil: Trading in black gold 4. The future of oil and an introduction to renewable and solar stocks

Moving towards a greener future and its impact on the markets 5. Silver 6. Copper & Aluminium 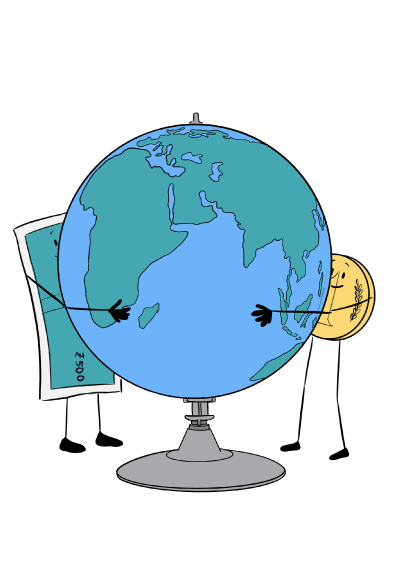 Now, we saw how crude oil came into the picture and how it quickly rose to become the primary energy source of the entire world. In addition to that, we also briefly went over the market structure and the key players involved in the production and process of the commodity. And finally, we topped it all off by taking a look at the commodity contract specifications.

In this chapter, we’re going to dedicate a bit of space towards trying to assess the future of crude oil. And, we will also be briefly going over the renewable energy sector and the stocks that you need to watch out for.

Crude oil: What does the future hold for this commodity?

As you already know, crude oil is a fossil fuel; which means that it is non-renewable. Once we’ve used up all of the crude oil reserves on earth, which we will at some point in the near future, we’re not going to get anymore for millions of years.

While this is one factor that’s constantly hanging over the head of crude oil, there’s also another one - the ever increasing demand for this fossil fuel. The limited supply of the black gold, combined with the massive and consistent increase in demand for it, has led to experts questioning the future of crude oil.

And to make matters worse, the use of fossil fuels like crude oil is an enormous contributing factor towards increased air pollution and climate change. This has led to many governments pushing heavily towards using renewable energy instead. That’s not all. The production and adoption of electric vehicles have also seen a tremendous increase in recent years.

However, considering the fact that electric vehicles currently suffer from limited driving range, lack of charging infrastructure, and high initial cost of purchase, it would take another decade or so for them to permeate the vehicular market. But looking at Tesla, the EV manufacturer, and other similar EV startups, things are likely to quickly change in the next decade or so. Despite the challenges before electric vehicles, global society may be fast moving towards the elimination of the use of crude oil.

If this keeps up for the next, say 30 years, we might just be able to see a massive transition from fossil fuel powered vehicles to fully electric vehicles. As a matter of fact, by 2050, we may even be able to see a scenario where the demand for crude oil is so little that the supply far exceeds it. With so many factors in play, we can to a certain extent, be sure that the golden days for crude oil are slowly waning. If this were to happen, the prices of crude oil may just plummet down to their lowest, much like how we saw during the COVID-19 pandemic in 2020.

Out of this total capacity, solar energy accounts for 38.79 GW and wind energy accounts for 38.68 GW. More new renewable power projects are being commissioned and being brought to the fore as well. By 2040, the Indian government expects that around 49% of the total generated electricity would come from renewable sources. And there’s also been a considerable amount of FDI inflow of around $42 billion in the renewable energy sector.

Now that you’ve gotten a good idea of the renewable energy sector in India, let’s take a look at a few of the major entities operating in this space.

With more than 100 years in the field of electricity generation, Tata Power is the largest integrated power company in India. Although the company’s primary focus is in thermal power generation, it recently ventured into the renewables space as well. Tata Power currently has four hydro-electric power projects, a wind energy generation plant, and as many as 10 different solar power projects of varying scales.

Established in the year 1995, Suzlon Energy has consistently been one of India’s largest companies in the wind energy sector. The company is engaged in the manufacture of wind turbines of varying sizes and specifications. Currently, the company is listed as the world’s fifth largest wind turbine supplier. It has installed over 11,000 MW of wind power capacity in the country and accounts for almost one-third of India’s total wind installations.

Incorporated in 1979, Ujaas Energy Limited is India’s first ever company to generate and sell electricity generated from solar energy. The company earned this distinction through its 2MW solar power plant at Rajgarh, Madhya Pradesh. The power plant has since been upgraded to produce 16.5MW. In addition to the plant at Rajgarh, the company also has four other solar power plants in various districts of Madhya Pradesh.

With this, we’ve come to the end of this chapter. In the forthcoming chapters of this module, we’re going to be focusing on the other most popular and commonly traded commodities in the Indian commodity market. So, stay tuned!

Moving towards a green...

Hey, I have discovered this amazing financial learning platform called Smart Money and am reading this chapter on The future of oil and an introduction to.... You can explore too.