What is expiry thursday? 4. Muhurat Trading: Everything You Should Know 5. Stock Market Timings India 6. How you can trade on budget day

It happens only in India 7. What should traders do on the weekend 8. How does Monsoon impact the Indian Stock Market ? - Smart Money

Monsoon effect on Indian Markets 9. How to trade during earnings season? 10. 10 Critical Days For All Indian Stock Market Stakeholders

Trading During Earning Season Glossary of The Trading Calendar 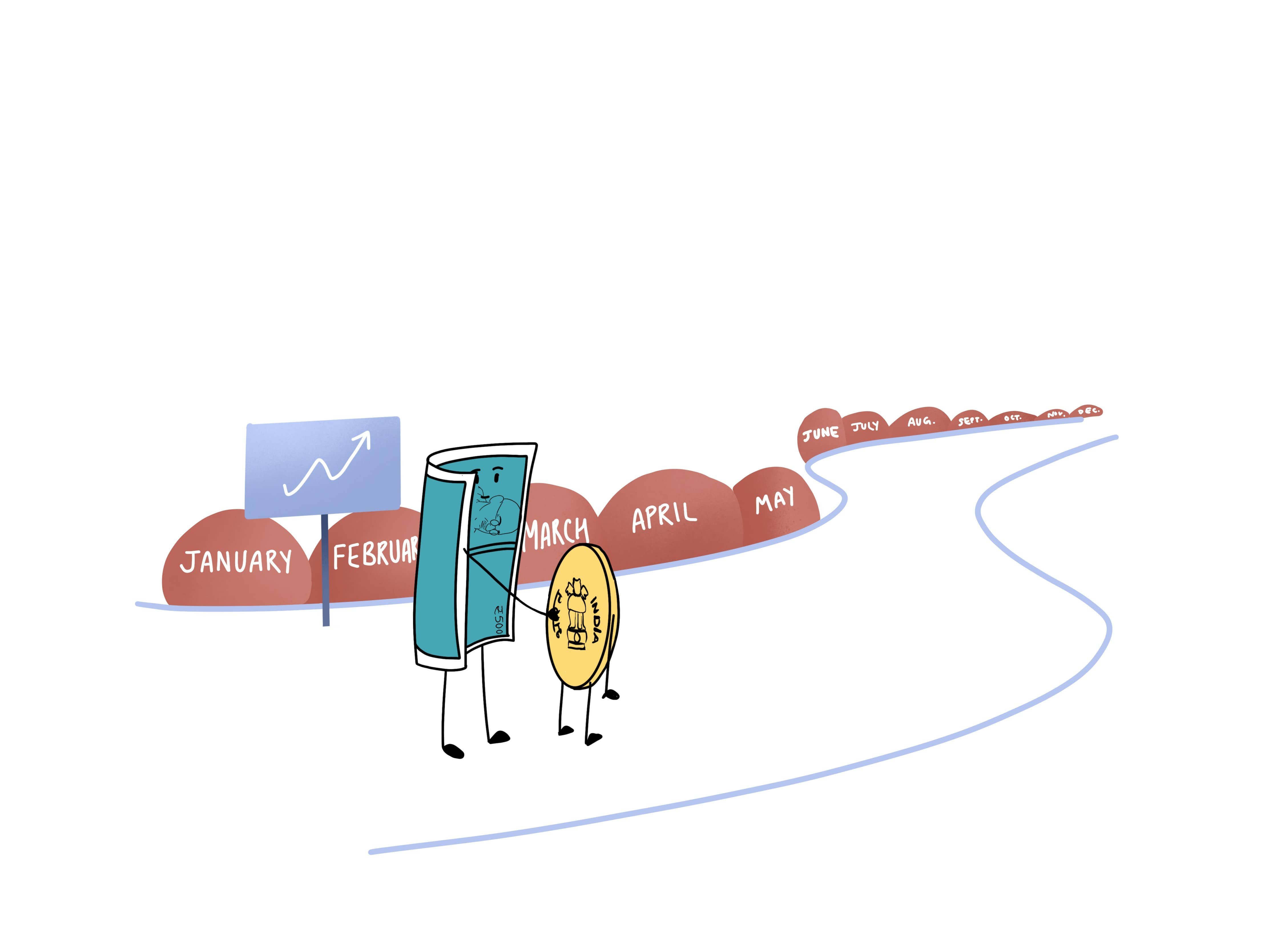 Businesses, nature, trends. What do these things have in common? They are cyclical, and in many cases, seasonal. For instance, consider the example of a restaurant on Goa Beach. It might make plenty of profits in the month of November-February. But come Monsoon, the demand will lower dramatically. It makes sense. After all, who goes to Goa in Monsoon?

Now, think about a stock. A stock that is representative of a seasonal industry might boom during certain times of the year, but could be relatively inactive during the off seasons.

As an investor, you could potentially look at these seasonal trends and stand to gain from taking advantage of the resulting rise and fall of a stock. Of course, this requires plenty of in-depth analysis and research.

Seasonal stock investing is about understanding recurring patterns in stock prices to assess when to buy / sell a particular stock. Seasonality is based on the concept that “History repeats itself; investing based on this principle could possibly (but not always) give you repetitive results.

Seasonality is not only about natural seasons like summer, winter, spring and rains. Stock prices also get affected by certain non-natural seasons for example corporate earnings, holiday season, election, budget etc. It refers to predictable changes that occur over a one-year period in a business or economy based on the seasons including calendar or commercial seasons.

These stocks are characterized by a demand at different times of the year. For instance, a company specializing in bathing suits is probably not as active during the fall and winter months, but may enjoy surges in the spring and throughout the summer.

Trading During Release of Quarterly Reports:

Companies that are expected to come out with strong financial results see a bounce in their share prices. Short-term investors can take advantage of this trend by buying into shares in the last month of the quarter such as December or March.

If you are wondering how to pick up those shares, the figures given by various companies during the last quarter, the expectations of the management for the next quarter, news that circulates around about the company and the mood of industry in general – all these factors, if closely followed up, can give you clues.

The union budget is presented by the Finance Minister in the month of February. Companies expected to benefit from the provisions of the Budget see their stock prices moving up ahead of the Budget-Day. Investors can buy into such stocks for short term profits. A general follow up of the pre budget discussions that goes around in channels and newspapers should serve as a quick guide to get clues.

It is important to understand that Agriculture is the main strength of India’s economy. The performance of agriculture certainly matters in determining how healthy the stock market would be. For this reason, if the monsoon turns out to be below expectations, then it certainly hits the economy of India in a negative way.

Indian companies derive a significant portion of their earnings from rural areas in the country. While some companies are directly dealing in the agriculture market like seeds, agro-chemicals, fertilisers etc, certain other companies in the FMCG and auto space indirectly benefit from a robust rural economy.

The monsoon has a direct impact on the inflation rate prevalent in the economy. This spirals into public investments rate, government savings, foreign exchanges reserves of the nation. When such a high stake the economy has on monsoon, it is obvious that the share market's performance will be affected by the monsoon.

What’s a good month to invest In?

Sorry, but there’s no big reveal here. Usually, choosing a stock to invest boils down to common sense. For example, think about commodities like oil. During the summer months, when cars are being used more frequently for vacations and such, oil prices increase. Thus, it makes sense that oil stock prices might follow a similar trajectory.

So, in that case, if you chose an oil stock and purchased it before the height of the season and sold before the season ends, you could enjoy a classic ‘buy low, sell high’ profit.

Like professionals in every other field, stock market professionals also have holidays. Markets are closed on some days for traders every year on national or state holidays. In case, you are a new trader, you need to be abreast with the Stock Market Holiday calendar. Some of the holidays are:

Now that you understand the nitty gritties of , it’s only logical that we move on to the next big topic - Is there a monthly pattern to trading? To discover the answer, head to the next chapter.

Hey, I have discovered this amazing financial learning platform called Smart Money and am reading this chapter on Twelve months of Trading Overview.. You can explore too.